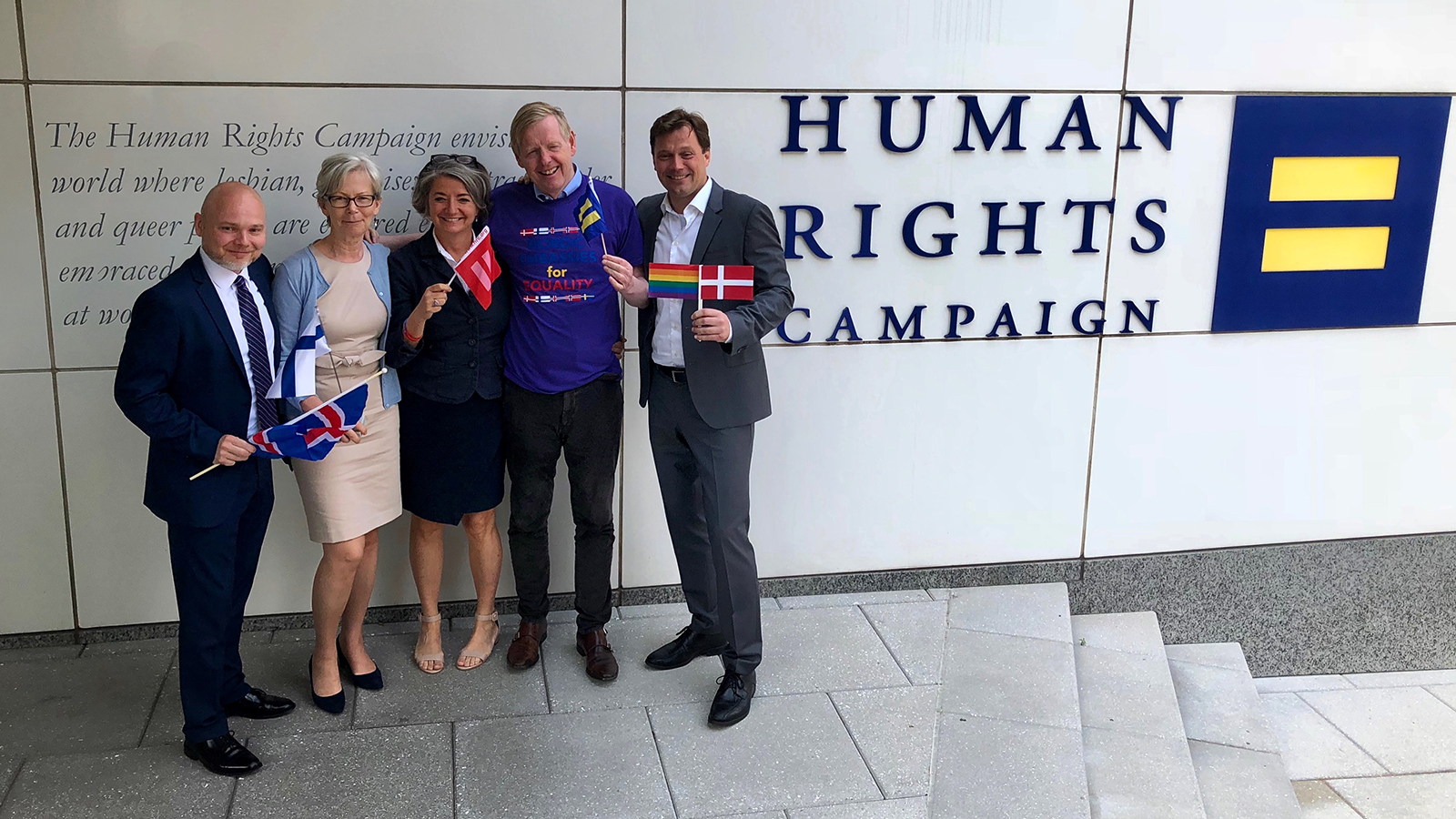 Equality is a fundamental value in the Nordic countries of Denmark, Finland, Iceland, Norway and Sweden. Marriage equality is the law and same-sex couples are able to adopt children in all five countries. Promoting equal rights abroad is also a central foreign policy priority for the Nordic countries. The Nordics believe that supporting human rights of lesbian, gay, bisexual, transgender, queer and intersex persons is the responsibility of all governments and people.

The Nordics work for LGBTQI rights individually and jointly through the United Nations as well as through various international and regional funds and initiatives such as the U.S.-led Global Equality Fund. Working together increases effectiveness and shows that ensuring the ability of LGBTQI persons to live safely, freely and without discrimination is a growing priority for many governments.

HRC Global is committed to a world where everyone is assured of fundamental fairness and equality. We work to strengthen the global equality movement by supporting the efforts of LGBTQI organizations and advocates abroad, raising awareness of discrimination and persecution faced by LGBTQI people and advocating for an LGBTQI-inclusive U.S. foreign policy.

For more information about HRC’s work around the globe, check out hrc.org/Global.

Equality is a fundamental value and foreign policy priority for the Nordic countries of Denmark, Finland, Iceland, Norway and Sweden. Special thanks to the 5 ambassadors for joining us to celebrate #Pride. Check out our story for more. :rainbow-flag::flag-dk::flag-fi::flag-is::flag-no::flag-se: . . . #LGBTQ #LGBT #Equality #HumanRightsCampaign #AskNordicAmbs #Pride2018 #:rainbow-flag:

A post shared by Human Rights Campaign (@humanrightscampaign) on Jun 8, 2018 at 8:29am PDT