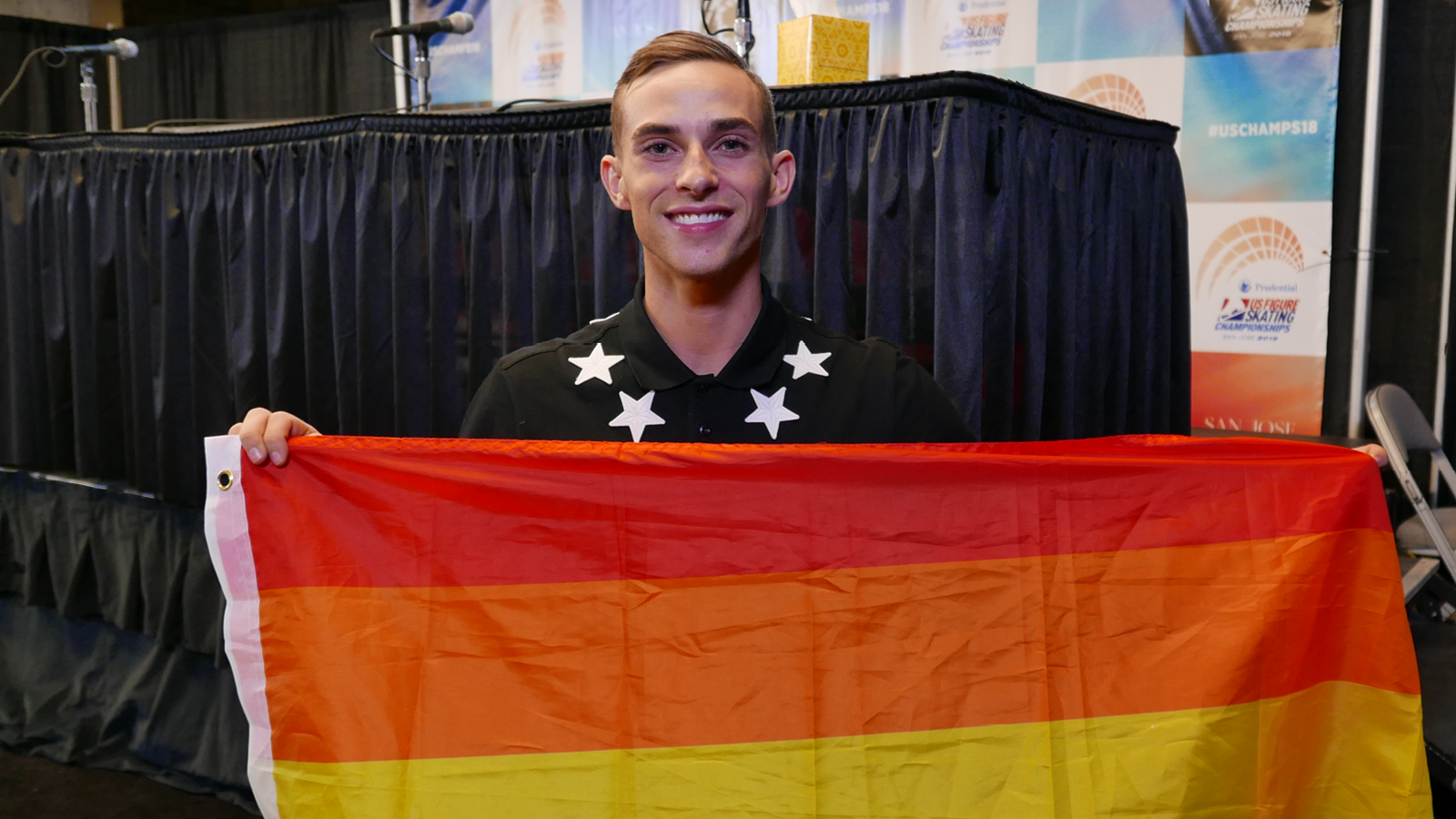 Adam Rippon, who with his selection to the U.S. Olympic team on Sunday, will become the first openly gay U.S. American male figure skater to compete in the Winter Olympics when he travels to the games next month in Pyeongchang, South Korea.

“When I was young and still in the closet, I read a lot of articles about other people and their coming out stories and I watched YouTube videos on other people sharing their stories and that’s really what made me feel okay to be myself,” Rippon said during an interview with HRC.

“I told myself that if I ever had that platform to say anything, I would say something,” Rippon continued. “I think the more visibility we have as an LGBT community the more normal it becomes for a young kid who lives in a small town like I'm from—I’m from a small town in Pennsylvania. I think that if you can share your story, you bring more normalcy to whatever situation that someone young may be feeling that they’re in.”

Rippon also has a sense of humor about being a role model, joking that being a gay athlete is “exactly like being a straight athlete except with better eyebrows.”

“I’m so thankful for those other people who came before me and took those steps so that someone like me could read their story and feel okay,” Rippon told HRC. “I hope somebody who was in my shoes when I was younger can see me and have that feeling of, ‘yeah, being gay rocks.’”

HRC applauds these incredible athletes and wishes them best of luck.

Coming out is a deeply personal journey that looks different for each individual. Learn more by visiting HRC’s Coming Out Center.


Filed under: Coming Out, Community, Sports