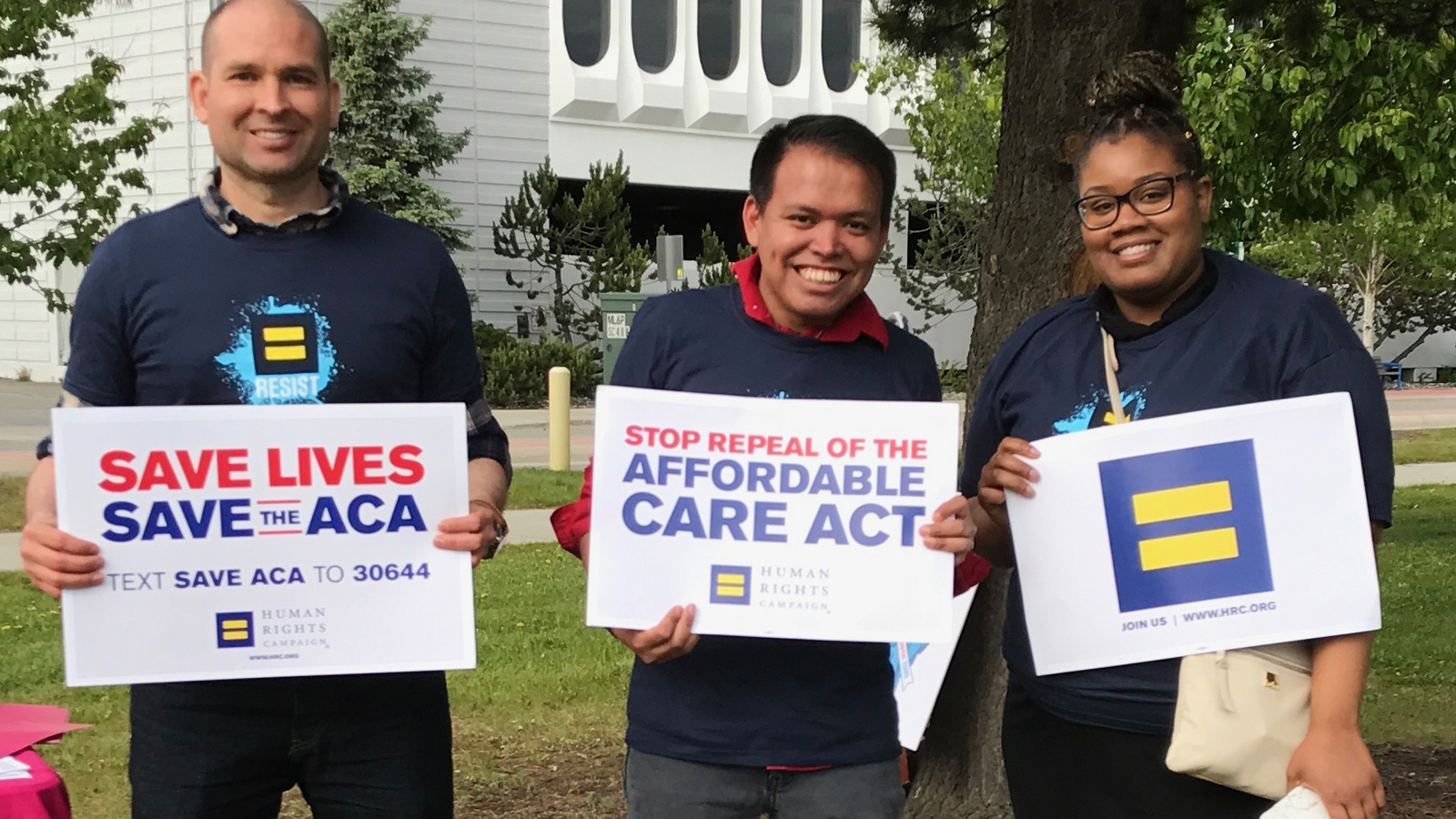 Western Regional Field Organizer Christopher Cooke was recently in Anchorage, Alaska, to join coalition partners in urging Sen. Lisa Murkowski to oppose the repeal of the Affordable Care Act (ACA). HRC teamed up with Planned Parenthood, SEIU, AFL-CIO, The ACLU of Alaska, Alaska Nurses, The Children’s Trust, and other local health care organizations to engage and organize HRC members in the fight to save the ACA.

Senate Majority Leader Mitch McConnell led an unprecedented, covert approach to pass a bill that would affect millions of Americans and one-sixth of the American economy. After working behind closed doors, without public input and keeping both their constituents and health care advocates in the dark, they are working to ram through a bill without a single hearing and no meaningful time for health care experts and the American people to review, understand, and debate.

Alaska senators Murkowski and Sullivan have yet to come out against the Senate health care bill and have remained uncommitted to supporting it. Unlike Sullivan, Murkowski has shown leadership, stating that she would not support a bill that would strip funding from Planned Parenthood. HRC calls on Murkowski to oppose any bill that would make it harder for hard working Alaskans to obtain access to affordable health care. HRC also calls on Sullivan to show leadership in the Senate and put hard-working Alaskans ahead of partisan politics.

After HRC and coalition members staged a rally last Friday, the Senate announced on Tuesday that it would delay the health care repeal vote, citing a lack of votes.

HRC remains committed to defending the ACA and will work with coalition partners to ensure that LGBTQ Americans, and Alaskans, have access to affordable health care.