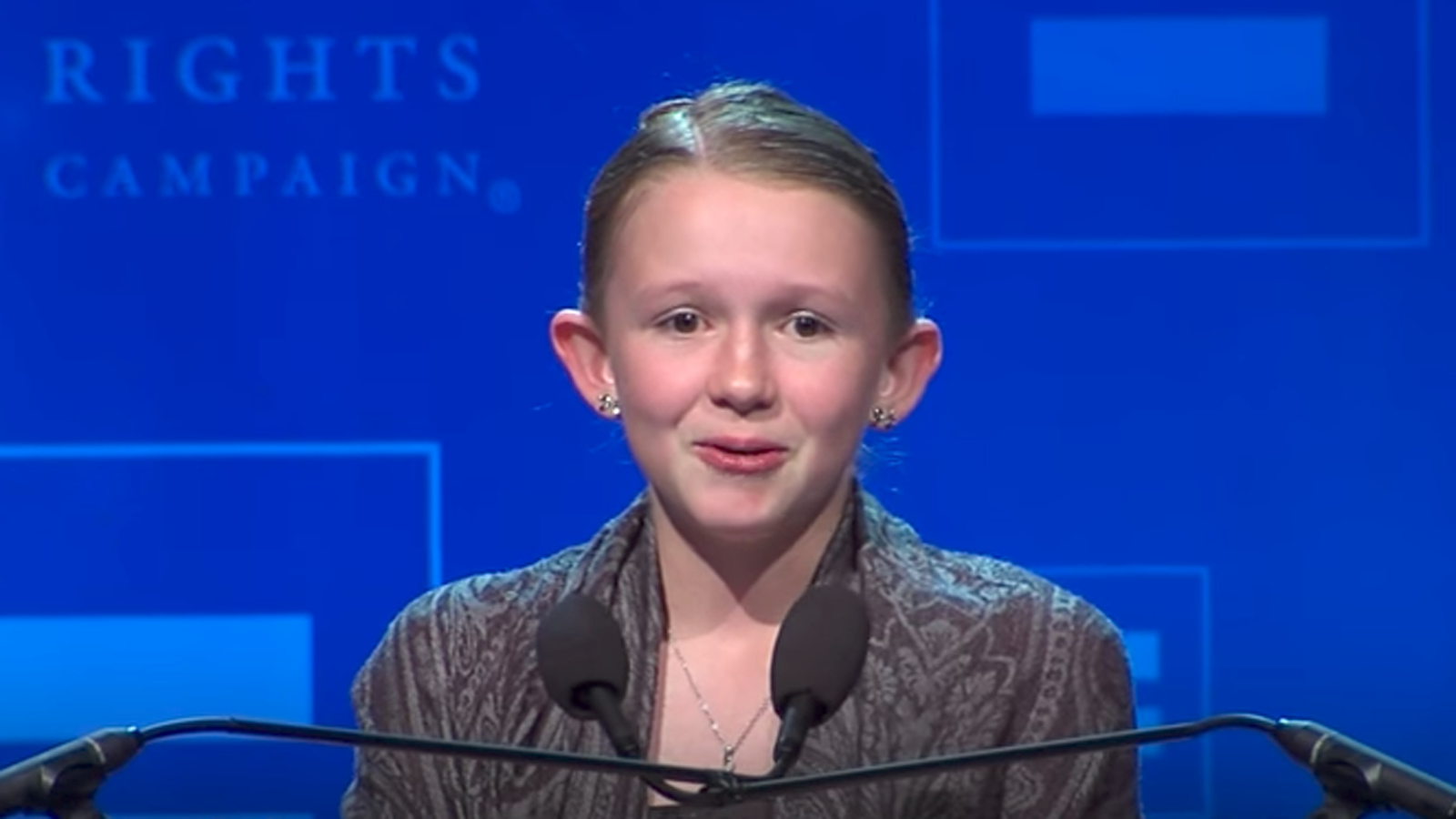 A remarkable coming out moment occurred in an unlikely place -- and it was all captured on video.

At just 12 years old, Savannah did what others spend a lifetime trying to achieve -- to live life authentically. Speaking for just over a minute before her microphone was cut off, she told her Mormon congregation in Utah that she is a lesbian.

In her moving and honest speech, Savannah spoke with grace and poise about her truth, testifying that “[God] did not mess up when they gave me freckles or when they made me to be gay… I hope some day to go on dates, to go to school dances, to hold hands and to go off to college... I know I can have all of these things as a lesbian and be happy.”

The video went viral and captivated viewers across the country. Savannah’s courage to come out so publicly was recognized by HRC at our 2017 Utah Gala on Saturday, where she was a guest -- along with her parents -- and received a rousing standing ovation from the more than 650 attendees.

Savannah’s story inspired HRC and we hope it encourages other LGBTQ youth to embrace their true, authentic self.