In the weeks before two landmark marriage equality cases reached the United States Supreme Court in 2013, the Human Rights Campaign—in partnership with dozens of other fair-minded organizations—launched groundbreaking coalition efforts to lift up the nationwide conversation around marriage. The results exceeded our highest hopes.

Hundreds of prominent American companies, dozens of leading Republicans, and President Barack Obama each filed historic amicus briefs to the Court in support of equal marriage. Five U.S. Senators announced their support for marriage equality in a 72 hour period. Thousands gathered outside the U.S. Supreme Court in support of equal justice under the law. A graphic on what's at stake at the Supreme Court became HRC's most retweeted Tweet in history. And a simple red HRC logo took over Facebook, quadrupled traffic to HRC.org, and came to symbolize a transformative moment for equality. 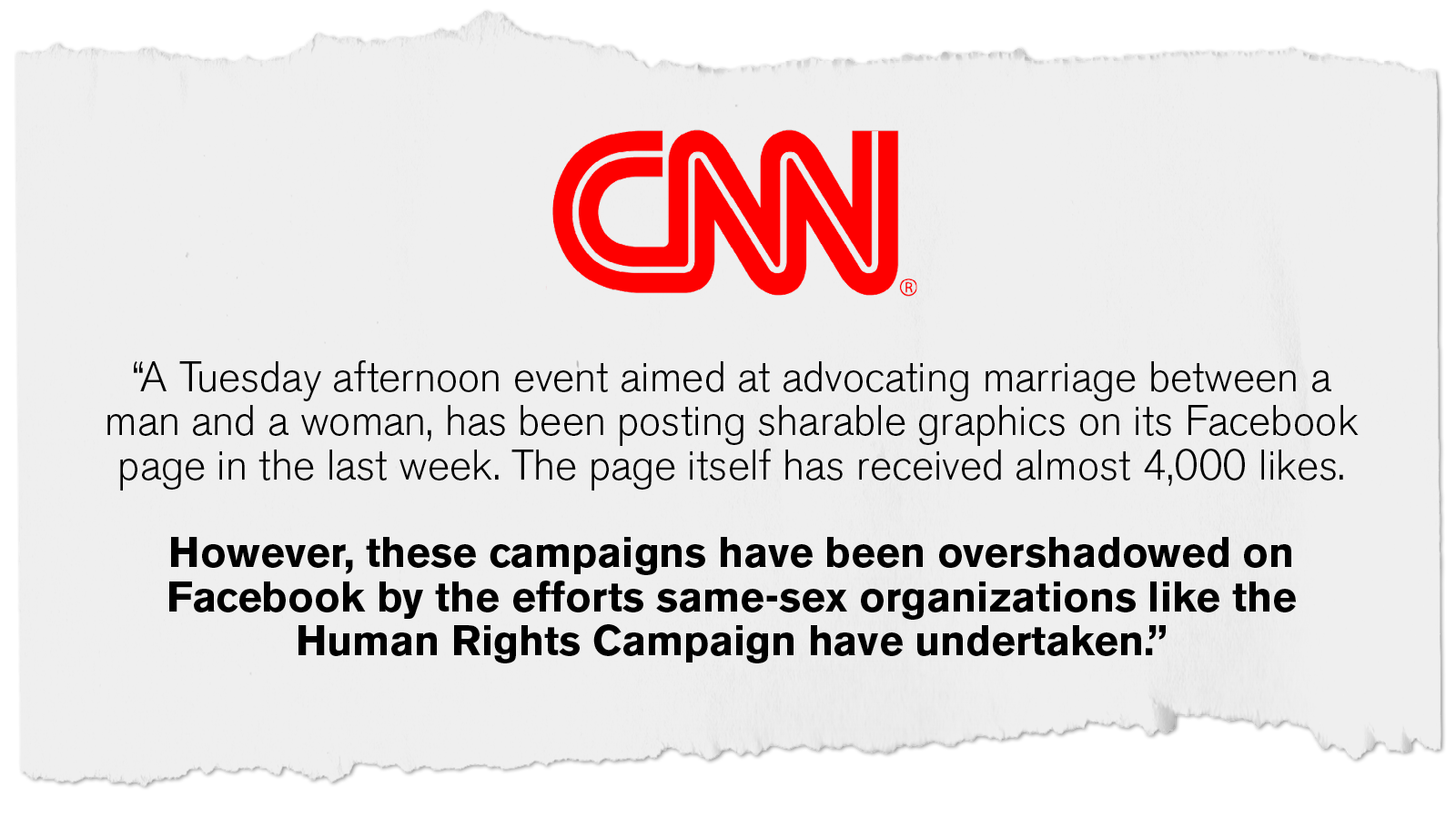 Read More on What We Did & How We Did It

HRC contingent and President Chad Griffin stood in solidarity at the court with longtime HRC member Jim Obergefell, the named plaintiff in Obergefell v. Hodges, the consolidated case presented at the Supreme Court. HRC and its allies led the effort to enact marriage equality for loving and committed same-sex couples throughout the United States with several high profile efforts, including its historic “People’s Brief” with 207,551 signatories calling for full nationwide marriage equality. 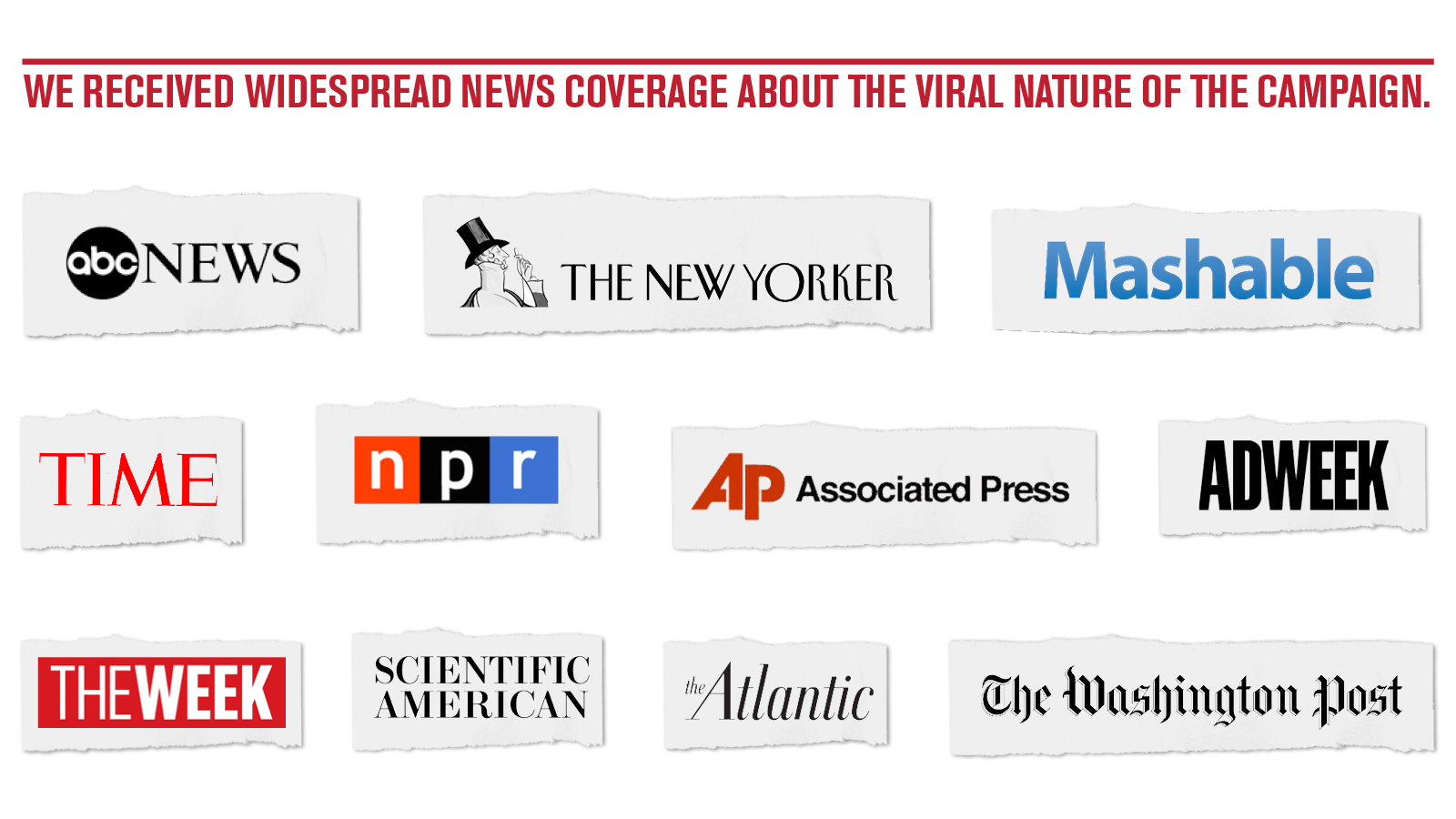 From actors to musicians  and athletes to TV personalities, dozens of celebrities shared the modified HRC logo or supportive messages about marriage equality with their millions of followers on social media. “It's about TIME!!! #EQUALITY #MarryWhoYouLove,” said Beyoncé, posting the HRC logo to her more than 44 million followers. Hip-hop mogul Russell Simmons changed his Twitter profile photo and tweeted, “Love is love. Strike down #DOMA,” to his more than 2.5 million followers. 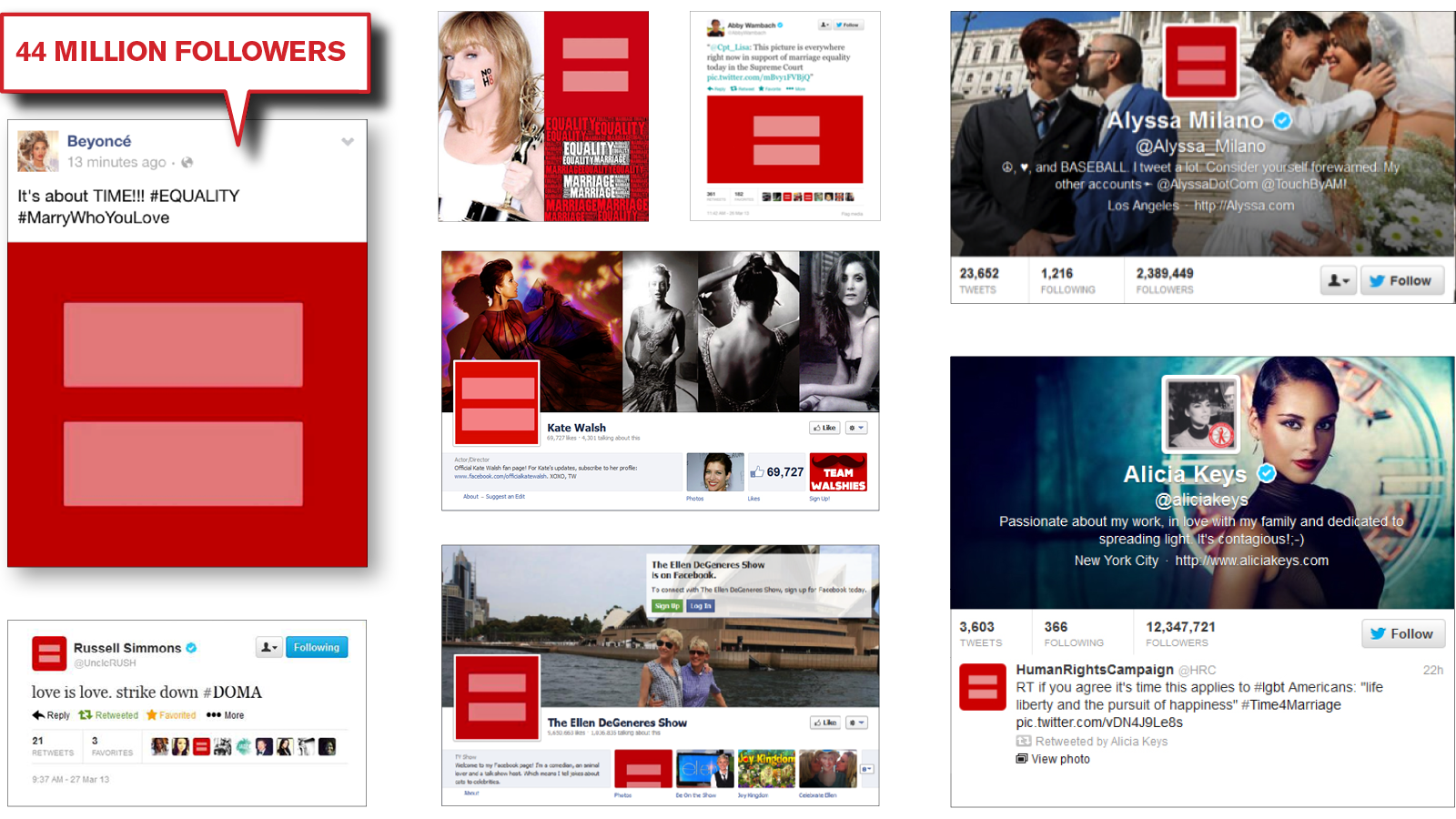 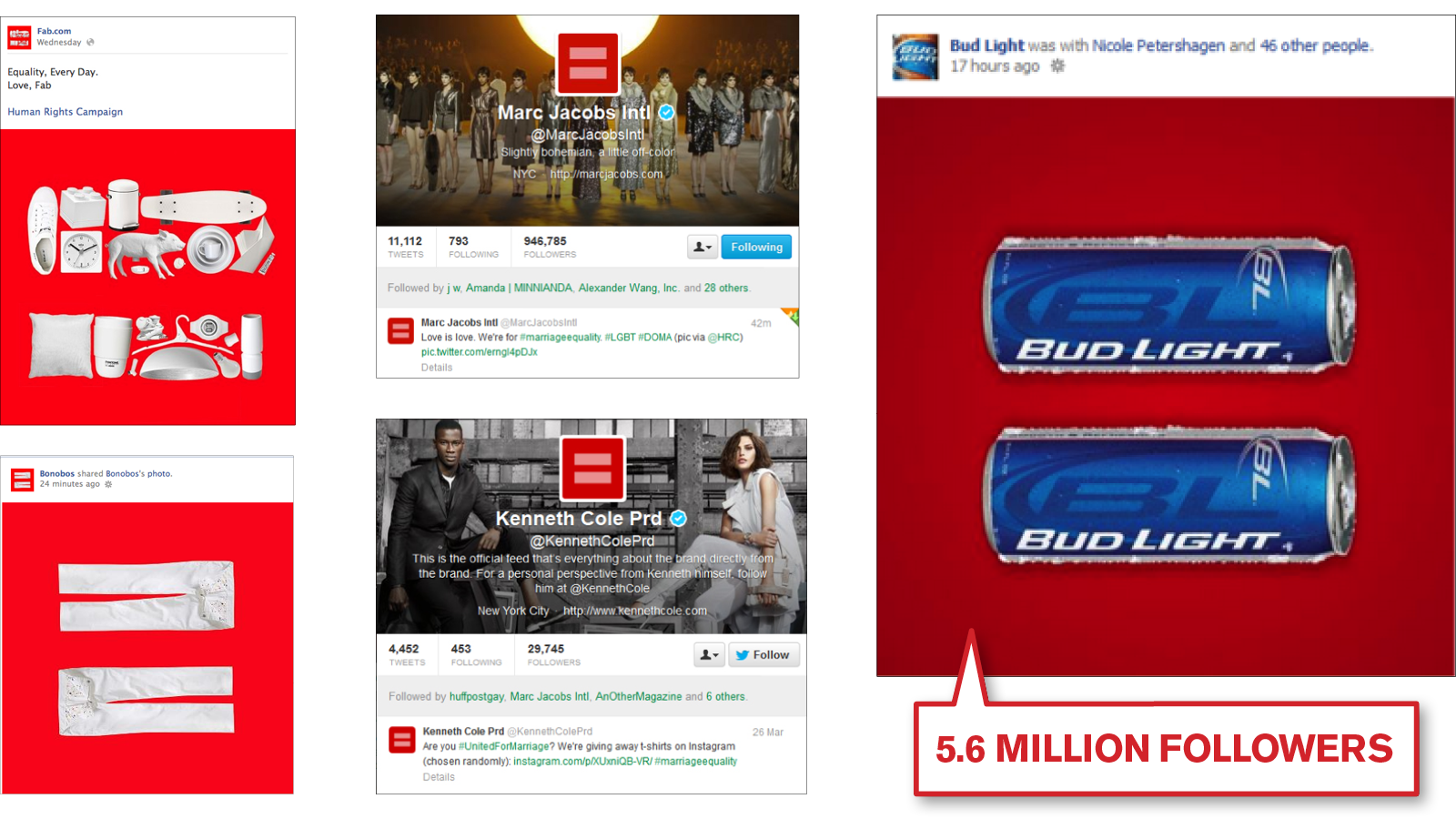 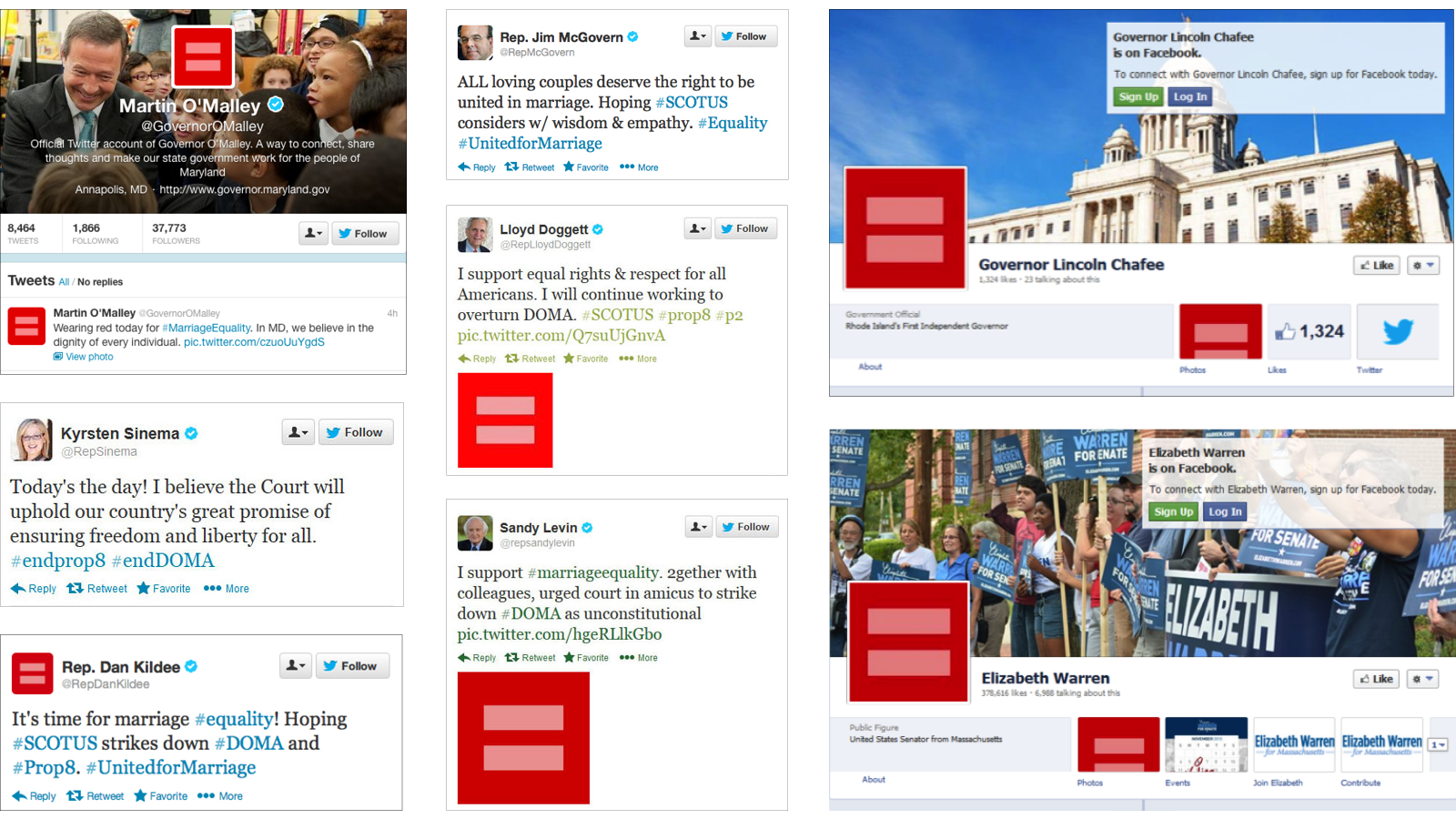 An astonishing number of equality supporters created their own remixes of the HRC logo. View a slideshow of some of our favorite memes here. Still can't get enough? Visit Red4Equality on Tumblr for hundreds more. 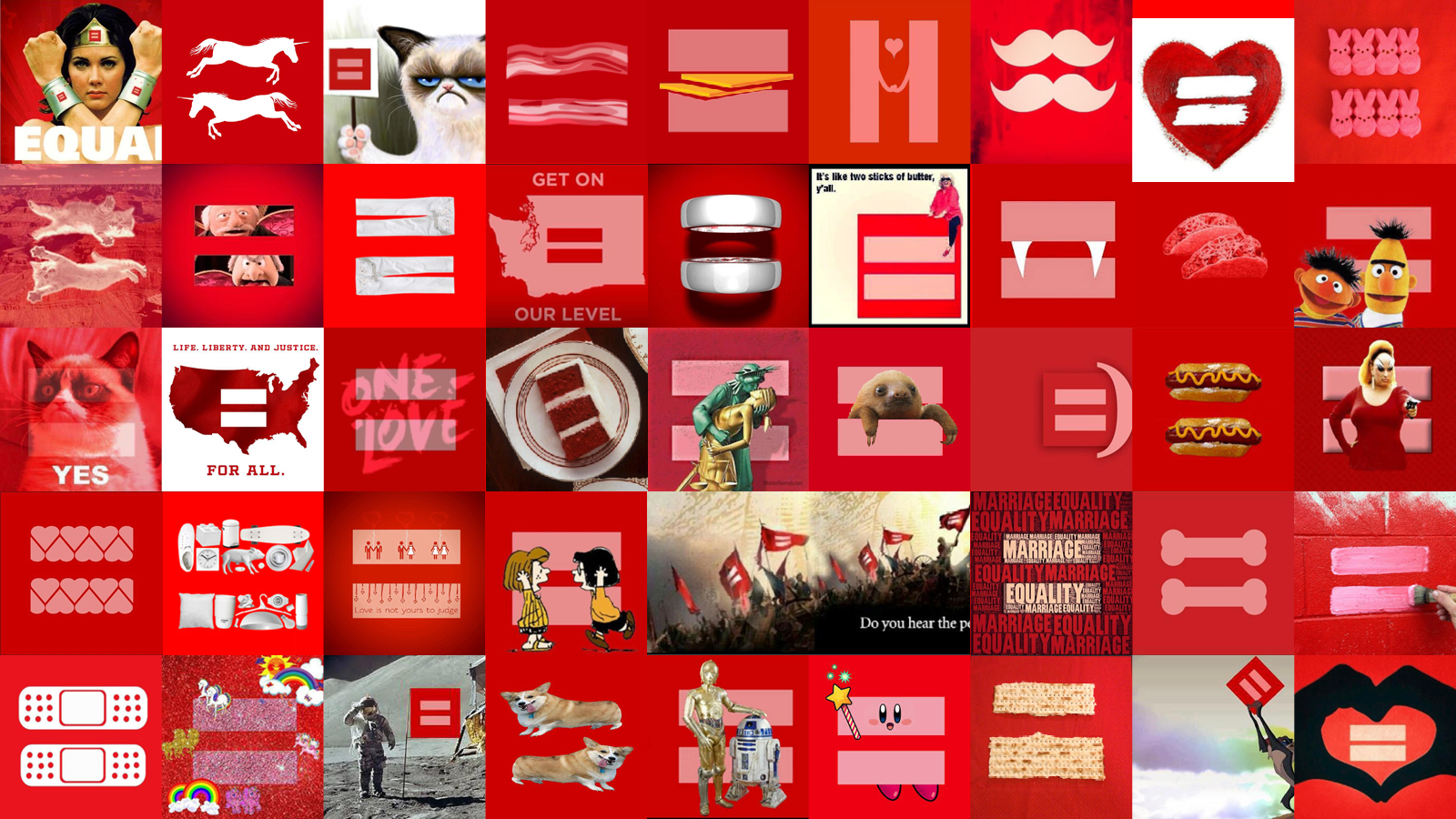