LGBTQ+ teens may be two times as likely to be bullied, excluded or assaulted at school. And they're nearly 40 percent less likely to have an adult in their family to whom they can turn.

LGBTQ+ teens may be two times as likely to be bullied, excluded or assaulted at school. And they're nearly 40 percent less likely to have an adult in their family to whom they can turn. So it's no surprise that they may be twice as likely to experiment with drugs and alcohol.

Families, professionals and policymakers can help prevent substance abuse by supporting all young people - and ensuring LGBTQ+ teens have equal access to support.1

By 12th grade, more than three-quarters of U.S. teens have tried alcohol, nearly half have used marijuana, and 21 percent have abused prescription medication.2 These figures make clear that every adult who supports a teenager should be concerned about drugs and alcohol. For young people who are LGBTQ+ and their parents or caregivers, the issue is especially pressing. As they cope with stigma, harassment and even rejection by their families, LGBTQ+ teens are more likely than their non-LGBTQ+ peers to abuse drugs and alcohol.

This issue brief reviews what we know about substance abuse among LGBTQ+ young people and explains why this group is at particular risk. It also shares recommendations for parents, educators, and other adults who can help LGBTQ+ teens avoid or limit drug and alcohol use. Finally, it outlines public policy that can reduce adolescent substance abuse and keep young LGBTQ+ people safe. 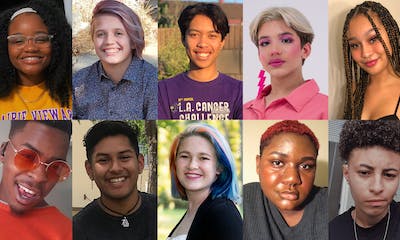