An Important Step Toward Workplace Equality: An Executive Order on Federal Contractors

Employment discrimination continues to be a critical problem facing the lesbian, gay, bisexual, transgender and queer (LGBTQ) community. In more than half the country – 29 states –  employees lack explicit workplace protections on the basis of sexual orientation, and those same employment protections based on gender identity in 32 states.  Far too many LGBTQ people cannot be honestly themselves without fear of losing their livelihoods. 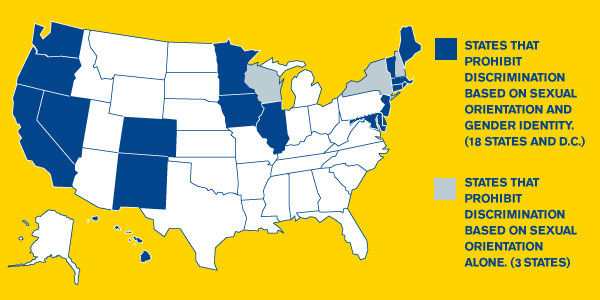 There is a way to protect millions more American workers from unjust discrimination – an executive order on federal contractors. By issuing such an order, President Obama not only created fairer workplaces across the country, he also continued to put pressure on the House to adopt federal employment protections for LGBTQ people.

The federal contractor executive order prohibits companies that contract with the federal government from discriminating in employment based on sexual orientation and gender identity.  Federal contractors employ more than 20 percent of the American workforce -- 28 million workers -- and collect around $500 billion in federal contracts every year.  According to the Williams Institute, an executive order will protect 11 million more American workers from discrimination based on sexual orientation and up to 14 million more workers based on gender identity. 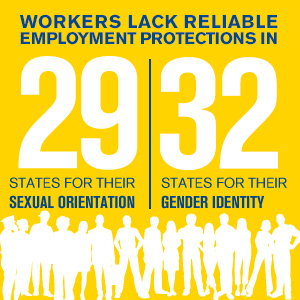 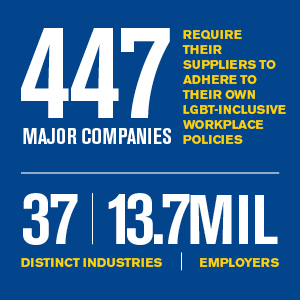 For 12 years, HRC’s Corporate Equality Index has set key standards for equality in America’s workplaces. Corporations of all sizes, regions and industries have risen to the challenge and adopted policies and practices that treat LGBTQ workers fairly and equally.  For example: 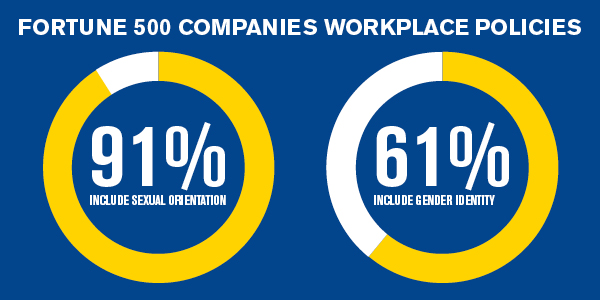 Under Executive Order 11246, first issued by President Johnson, companies contracting with the federal government for $10,000 or more in a single year are prohibited from discriminating against employees based on race, color, religion, or national origin.  His order built on prohibitions on race discrimination in various federal contracts issued by prior presidents, as far back as Franklin Delano Roosevelt, that predated broader civil rights protections. In addition, since 1967, the executive order has also prohibited discrimination based on sex.

In June 2014, HRC released new public opinion research that conclusively demonstrates strong public support for federal non-discrimination workplace protections for LGBTQ workers. A national survey of 1,200 registered voters conducted June 6-10, 2014 by TargetPoint Consulting found that 63 percent of those surveyed favor a federal law that protects gay and transgender people from employment discrimination while only 25 percent oppose it.  Enthusiasm for this is especially strong among supporters: 42 percent strongly favor it, while only 16 percent strongly oppose.

HRC’s public opinion research on an executive order that would prohibit federal contractors from discriminating against LGBTQ workers had similar results. A 2011 poll of likely voters conducted for HRC by GQRR found that 73 percent favored such an order and support was strong regardless of age, race, education, political ideology, and a number of other demographics. 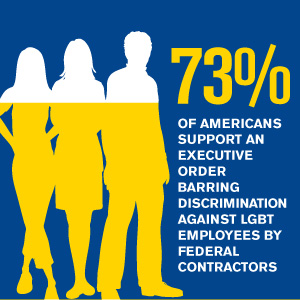 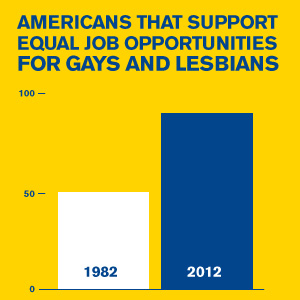