Comprehensive legislation prohibiting discrimination based on sexual orientation – first named the Equality Act and then the Civil Rights Amendments Act in subsequent years – was introduced in various forms in each Congress between 1974 and 2005.  Many other pieces of legislation were also introduced to prohibit discrimination based on sexual orientation and gender identity in specific areas of law.

Following is a timeline of the legislation that was introduced to protect LGBTQ people from discrimination in the forty years since the first Equality Act from the 93rd Congress until the 114th Congress. 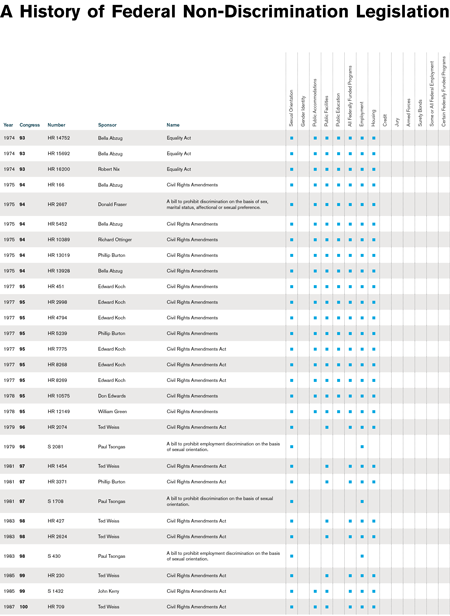