Eboni Sinclaire, Lawrence’s trans mother, said “Marquiisha ‘Quii’ Lawrence, like so many who have gone before her, fell victim to a senseless murder. Quii was a young trans woman, at the beginning of this game called life, as WE know it in the trans community. She was a very humbled, free thinker who was loved by many. She will forever be remembered by her infectious smile and her heart of gold. Her favorite thing to do was to cook because she felt it filled the belly and fed the heart. One of our last conversations she said to me, ‘I've not always been the best I could be, but thank you for caring enough to still be here for me.'"

Sinclaire also expressed concerns that Lawrence was killed for “accepting who she was and living her truth.”

Tragically, interpersonal violence accounts for a significant number of fatalities against transgender and gender non-conforming people. In 2020, approximately seven in ten transgender and gender non-conforming people killed as a result of fatal violence were killed by an acquaintance, friend, family member or intimate partner. Unfortunately, the relationship of the victim to the killer is still unknown for close to one-third (30%) of all known cases. This means that anywhere from 44% to 74% of victims since 2013 were violently killed by someone they knew, including intimate partners, family members, friends, peers and acquaintances.

Additionally, according to the 2015 United States Transgender Survey, 54% of transgender and non-binary people have experienced some form of intimate partner violence in their life. Last year, HRC released a report, titled “LGBTQ Intimate Partner Violence and COVID-19,” that details the increased risk of interpersonal violence faced by LGBTQ people, which is exacerbated during the COVID-19 pandemic.

In an injustice compounding this tragedy, Lawrence was misgendered in some media and police reports. Anti-transgender stigma is exacerbated by callous or disrespectful treatment by some in the media, law enforcement and elected offices. According to HRC research, it is estimated that approximately three-quarters of all known victims were misgendered by the media and/or by law enforcement. In the pursuit of greater accuracy and respect, HRC offers guidelines for journalists and others who report on transgender people. HRC, Media Matters and the Trans Journalists Association have also partnered on an FAQ for reporters writing about anti-trans violence.

At the state level, transgender and gender non-conforming people in South Carolina are not explicitly protected from discrimination in employment, housing, education or public spaces. South Carolina also does not have a hate crimes prevention law. While recent weeks have seen some gains that support and affirm transgender people, we are also currently facing anti-LGBTQ attacks at many levels of government, with more than 250 anti-LGBTQ bills under consideration in state legislatures across the country, more than 120 of which directly target transgender people. Earlier in May, 2021 set a record as the worst year for anti-LGBTQ legislation in recent history. 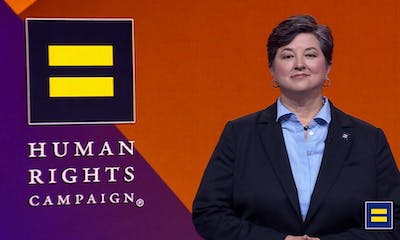