ICYMI -- HRC celebrates over 120 LGBT-inclusive employers in Mexico; Join HRC for an “L Word: Generation Q” watch party near you!

IN MEXICO CITY -- HRC CELEBRATES THE MORE THAN 120 EMPLOYERS IN MEXICO FOR THEIR COMMITMENT TO LGBT WORKPLACE INCLUSION: More from Latin Post, Mundo Ejecutivo, Infomercado and Reforma.

Tonight we celebrate the more than 120 employers who have earned top ratings in the 2020 HRC Equidad MX report. These scores reflect their commitment to LGBTQ equality and adoption of essential LGBTQ-inclusive policies and practices in their workplaces. pic.twitter.com/U1Y5YCgh1g

11TH CIRCUIT COURT IN FLORIDA HEARS CASE ON JACKSONVILLE SCHOOL’S BATHROOM POLICY: The case was brought on behalf of transgender student Drew Adams. “All I ever wanted from my school was to be treated like any other boy, and to have the same opportunity to thrive and learn as my peers,” said Adams (@drewcaofficial). More from Atlanta Journal-Constitution and Lambda Legal.

U.S. DEPARTMENT OF HEALTH AND HUMAN SERVICES ANNOUNCES NEW “READY, SET PrEP” PROGRAM: By increasing awareness and access to PrEP and HIV preventive medication, we can end the epidemic facing thousands of Americans, especially LGBTQ people and people of color, who are at risk for HIV. Read more from the Washington Blade and HRC.

FEEL-GOOD FRIDAY -- HAPPY BIRTHDAY TO THE BISEXUAL PRIDE FLAG!: The first bi pride flag was unveiled on December 5, 1998, and for the past 21 years, it has been a symbol of bi+ pride and visibility around the world. Learn more from HRC.

Read more about how you can support the bi+ community at https://t.co/sdGcmTGvFo. pic.twitter.com/KIRMr0lsMb

This week the House is expected to vote on the Voting Rights Advancement Act — critically important civil rights legislation that would ensure fair access to the ballot for all Americans is protected.@HRC joins @CivilRightsOrg and partners to urge Congress to #RestoreTheVote. https://t.co/AnhWFVWi2O

MASSACHUSETTS MAN WHO ATTACKED ANOTHER MAN AND CALLED HIM ANTI-LGBTQ SLURS HAS BEEN ARRESTED: More from the Associated Press.

JOIN HRC AND SHOWTIME AT AN “L WORD: GENERATION Q” WATCH PARTY SUNDAY NIGHT: Check out the trailer and RSVP to an event near you! More from HRC. 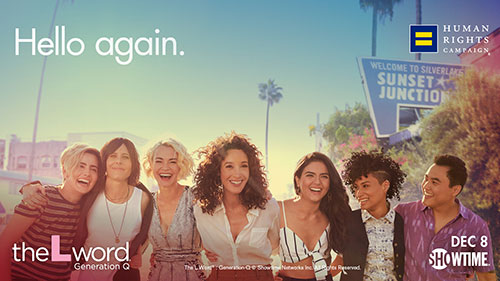 JACOB EDWARD (@ItsJacobEdward) TO BECOME THE FIRST NON-BINARY PERSON TO HOST THEIR OWN SHOW ON BBC RADIO 1: Read more from Forbes.

TRANS PEOPLE AND ALLIES IN INDIA START POSTCARD CAMPAIGN TO CONTINUE PROTEST OF A BILL ADVOCATES SAY IS HARMFUL TO THE TRANS COMMUNITY: More from The News Minute.