HONORING REGINA “MYA” ALLEN, BLACK TRANSGENDER WOMAN AND ACTIVIST KILLED IN MILWAUKEE: “Mya was a beloved and beautiful soul who served as an inspiration to younger transgender girls in her community. Mya should still be with us today, spreading her laughter and joy,” said HRC Director of Community Engagement for the Transgender Justice Initiative Tori Cooper (@MsToriCooper1, she/her). “Across the nation, we see violence and hatred against transgender people that is fueled by stigma – people wanting to shame and harm us for the unthinkable crime of wanting to live our lives to the fullest. It must end." More from HRC.

FEATURED VIDEO: HAPPILY EVER AFTER CAMPAIGN: DONNA AND KAREN 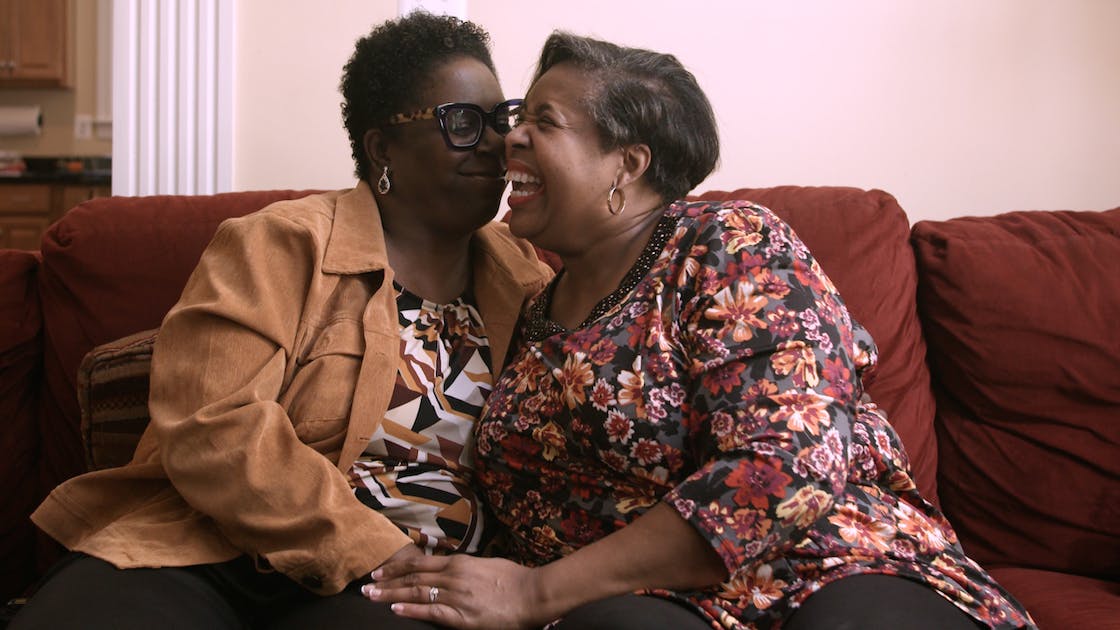 Play the Video: Happily Ever After - Donna & Karen

No one should be denied their happily ever after because of who they are or whom they love. The Respect for Marriage Act would ensure federal marriage equality remains the law of the land.

🏃 HOW NONBINARY RUNNERS ARE WINNING INCLUSION IN MAJOR MARATHONS: More from the New York Times.

OPINION: THE RESPECT FOR MARRIAGE ACT MUST PASS — AND REPUBLICANS SHOULD SUPPORT IT: More from the Washington Post.

HRC SLAMS MICHIGAN GOP CO-CHAIR MESHAWN MADDOCK FOR HOMOPHOBIC COMMENT: “The Human Rights Campaign strongly condemns Meshawn Maddock for her outwardly homophobic comment about Secretary Buttigieg,” said HRC Michigan State Director Amritha Venkataraman (she/her). “Maddock’s hateful rhetoric only further stigmatizes and endangers LGBTQ+ youth here in Michigan and across the country - youth that are already facing the weight of discrimination and isolation. People like her have no place in Michigan.” More from HRC and Metro Weekly.

NEW POLL: TWO-THIRDS OF LIKELY VOTERS IN BATTLEGROUND STATES SUPPORT MARRIAGE EQUALITY: Marriage equality has been nothing but positive, both for the LGBTQ+ community and for our society as a whole – and that’s reflected in this polling,” said HRC Interim President Joni Madison (@HRC_President, she/her). “It is more important than ever to pass the Respect for Marriage Act, and reflect the voice of the 71% of Americans nationwide who support marriage equality.” More from HRC, Axios and the Hill.

AS GOV. DESANTIS AND EXTREMIST POLITICIANS IN FLORIDA ESCALATE ATTACKS ON THE RIGHTS OF MILLIONS OF FLORIDIANS, THE HRC ENDORSES REP. CHARLIE CRIST FOR GOVERNOR OF FLORIDA AND SCALES EFFORTS TO MOBILIZE VOTERS FOR 2022 MIDTERM ELECTIONS: More from HRC, Florida Politics, Florida Pheonix and the Sun Sentinel.

OPINION: WHY A BLACK LESBIAN MARRIED COUPLE WITH KIDS LEFT TEXAS: More from the Washington Post.


Have news? Send us your news and tips at AMEquality@hrc.org. Click here to subscribe to #AM_Equality and follow @HRC for all the latest news. Thanks for reading!

Happily Ever After - Donna & Karen

No one should be denied their happily ever after because of who they are or whom they love. The Respect for Marriage Act would ensure federal marriage equality remains the law of the land.