SECRETARY PETE BUTTIGIEG MAKES HISTORY AS FIRST OPENLY LGBTQ, SENATE-CONFIRMED PERSON TO LEAD A DEPARTMENT: “Congratulations to Secretary Pete Buttigieg on his historic confirmation,” said HRC President Alphonso David (@AlphonsoDavid). “This confirmation breaks through a barrier that has existed for too long; where LGBTQ identity served as an impediment to nomination or confirmation at the highest level of government. Let this important moment for our movement serve as a reminder to every LGBTQ young person: you too can serve your country in any capacity you earn the qualifications to hold. President Biden promised to deliver an administration representative of the diversity of this nation, and this confirmation is a significant achievement toward that goal. I look forward to working with Secretary Pete Buttigieg and the entire Biden cabinet.” More from HRC, the Associated Press, The New York Times, The Hill, Metro Weekly, Washington Blade and The Advocate.

BREAKING: The Senate has confirmed @PeteButtigieg as Transportation Secretary, making him the first-ever openly LGBTQ person to be confirmed by the Senate to a Cabinet-level position.

Another barrier broken for our community. pic.twitter.com/LYEtziSnBZ

HRC PRESIDENT ALPHONSO DAVID JOINED CHANNEL Q’S RADIO SHOW “LET’S GO THERE” TO DISCUSS BLACK HISTORY MONTH: “This Black History Month is different because there’s a level of awareness that I don’t believe has existed in our collective consciousness for quite some time,” said David. “Black Lives Matter has existed for a very long time, but it’s taken on a renewed resonance this year.” Listen here (starts at 13:50).

BEHIND A NEW PARTNERSHIP TO TRANSFORM BLACK AND BROWN HIV EFFORTS: “What is unique about this grant is that we have the ability to compile relevant resources and services in a holistic way and use the continuum of care model to ensure that all of our programming is working together,” said HRC President Alphonso David in an exclusive interview with Poz about a new initiative with Gilead. “I’m excited about the possibility that we can engage in transformational change. I’m excited about taking all the various levers that we have at our disposal, about working with coalition partners and CBOs and really coming up with a program that will have significant impact and meaningful change for people who have been disproportionately impacted by HIV for such a long time.” Read the full interview here.

WHAT WE’RE WATCHING WEDNESDAY -- TRANS WOMEN AND NON-BINARY PEOPLE OF COLOR RESPOND WITH ONE WORD TO “GENDER REVEAL”: Watch the powerful video from The Cut here. 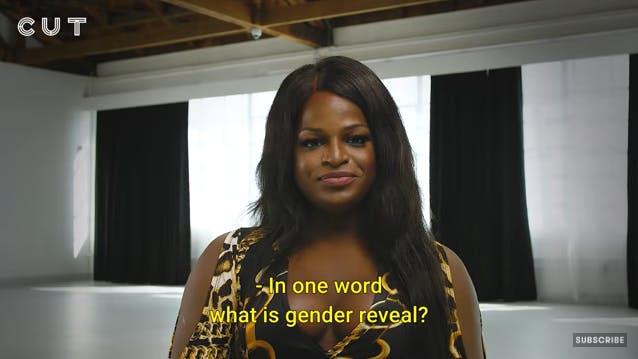 HRC MOURNS BIANCA “MUFFIN” BANKZ, BLACK TRANS WOMAN KILLED IN ATLANTA: “Muffin was truly loved by so many people in her short lifetime. As Black trans women, we are in fear for our lives!” said HRC Director of Community Engagement for the Transgender Justice Initiative Tori Cooper (@MsToriCooper1). “Already this year, we’ve lost multiple trans and gender non-conforming people to fatal violence, a majority of whom were Black transgender women. We need to do more -- we need everyone in Atlanta and across the country to take action and show that Black Trans Lives Matter.” More from HRC.

🇺🇸 IN THE STATES

NEW YORK STATE REPEALS “WALKING WHILE TRANS” BAN: “After years of fighting alongside partners and advocates to end what has become stop-and-frisk for transgender women of color, the ‘Walking While Trans’ era is finally over,” said HRC President Alphonso David. “We thank Governor Cuomo, Legislative leaders and grassroots advocates, led by the Repeal Walking While Trans coalition, for their strong advocacy as well as their quick and decisive action.” More from HRC.

BREAKING: The #WalkingWhileTrans ban has officially been repealed with bipartisan support in New York.

This is a major advance in the fight against discrimination and police violence targeting Black and Brown trans women.