HISTORIC VICTORY: THE RESPECT FOR MARRIAGE ACT IS LAW: “In signing this bill, President Biden has shown that LGBTQ+ peoples’ lives and love are valid and supported,” said HRC President Kelley Robinson (@HRC_President, she/her). “As a queer, married woman, this moment holds personal significance, and I will hold my wife and our son a little tighter tonight, alongside the 568,000 other same-sex married couples. We thank our legislative heroes and President Biden who fought to ensure that marriage equality will forever remain here to stay. And we continue our fight for the safety and security of our entire community.” More from HRC, the New York Times, People, and the Associated Press. 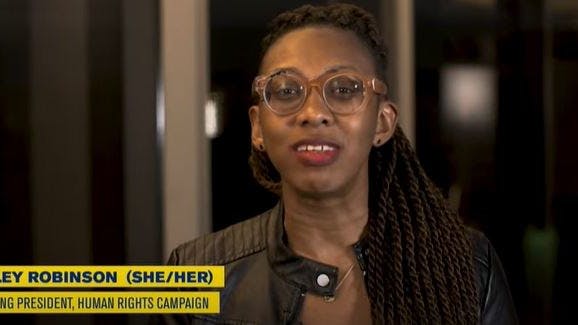 REPORTS OF TEXAS AG’S ATTEMPTS TO COLLECT DATA ON TRANS ADULTS ARE A TERRIFYING OVERSTEP INTO THE LIVES AND PRIVACY OF LGBTQ+ PEOPLE: “Weaponizing state agencies and their public records to pinpoint and single out transgender Texans is terrifying, albeit not shocking,” said HRC Legal Director Sarah Warbelow (@sarahwarbelow, she/her). “This development shows how far they’re willing to go in discriminating against transgender people. HRC stands with all members of the trans community in Texas who are living in an even higher state of emergency today, as we will continue to hold extremist officials accountable.” More from HRC and the Washington Post.

OHIO BOARD OF EDUCATION’S VOTE TO REJECT FEDERAL TITLE IX PROTECTIONS IS A SHAMEFUL ATTACK ON LGBTQ+ YOUTH: More from HRC.

COUPLES IN THE SOUTH FIND REASSURANCE IN PROTECTIONS OF RMA: More from the 19th*.