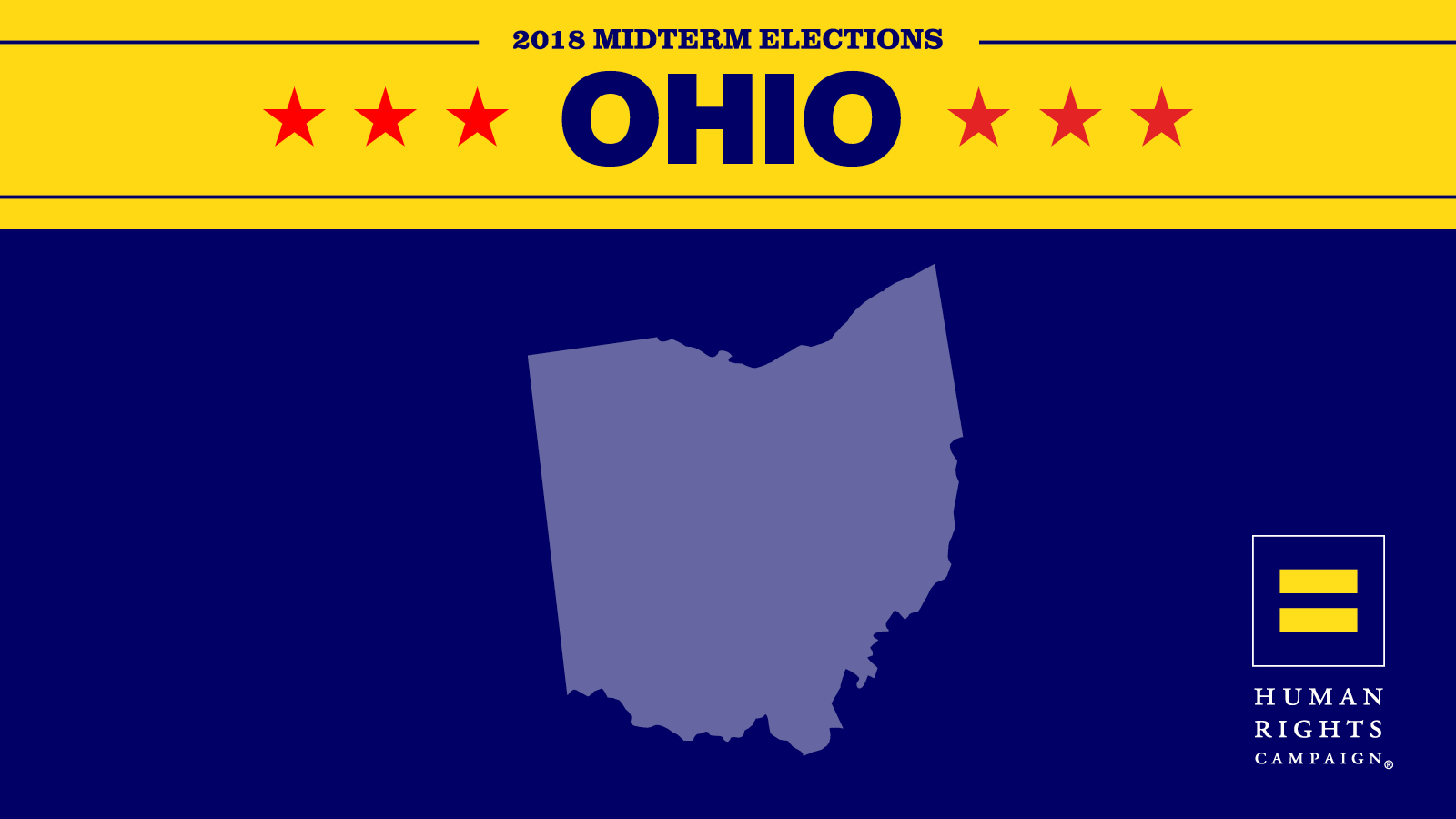 “Since entering public office more than two decades ago, Senator Sherrod Brown has stood shoulder to shoulder with our community, relentlessly championing justice, fairness and equal rights for every American. Senator Brown has proven himself to be an effective legislator and one of our staunchest allies in the United States Senate,” said HRC President Chad Griffin.

Griffin continued: “Rep. Nickie Antonio has been a tireless champion of equality and fairness, and we look forward to working with her in the state senate as she leads efforts to ensure that every Ohioan can live safely and freely without fear of discrimination. HRC congratulates Senator Brown and State Senator-elect Antonio, and we look forward to continuing to work with them to pass the Equality Act, the Ohio Fairness Act and achieve full equality for all Ohioans.”

HRC has prioritized investments and organizing in Ohio for more than a year, and had 13 staff on the ground in the state as part of the largest grassroots expansion in the organization’s 38-year history. In Ohio this year, HRC members and supporters completed 1,560 volunteer shifts. In the final four days of GOTV alone, our staff and volunteers knocked on over 16,000 doors. Member and supporter volunteers also sent over 45,000 GOTV reminders messages in the final weeks. Since launching, we've helped register over 2,800 Ohioans to vote by mail, online, and in-person. HRC hosted 14 Equality Action Academy trainings to give HRC members and supporters the tools they need to take action locally in legislative advocacy and mobilize Ohio’s 1.8 million Equality Voters in support of pro-equality candidate campaigns. Working with scores of partner organizations, HRC also led field organizing efforts around the state to mobilize voters in support of HRC-backed, pro-equality champions, including Senator Brown, State Senator-elect Antonio, and others who will fight for LGBTQ rights, and for the rights and welfare of all Ohioans.

Sherrod Brown is a longstanding advocate for LGBTQ equality, scoring 100 percent on HRC’s Congressional Scorecard for the last six years. He voted to repeal “Don’t Ask, Don’t Tell” in 2010 and for passage of the Matthew Shepard and James Byrd Jr. Hate Crimes Prevention Act in 2009. Brown has also been a consistent ally for marriage equality, voting against the Defense of Marriage Act in 1996 and Constitutional bans on same-sex marriage in 2004 and 2006. He is currently a co-sponsor of the Equality Act, crucial federal legislation that would finally guarantee explicit, permanent protections for LGBTQ people under our nation's existing civil rights laws.

First elected to the Ohio State House in 2010, Antonio is the first and only openly LGBTQ member of the Ohio State Legislature, and will be the first woman elected to serve Ohio Senate District 23. She has been a staunch advocate for LGBTQ Ohioans and is the primary sponsor of the Ohio Fairness Act, crucial legislation that would bar discrimination based on sexual orientation and gender identity in areas of employment, housing and public accommodations in Ohio. The Fairness Act had its first committee hearing in almost 10 years earlier this year.