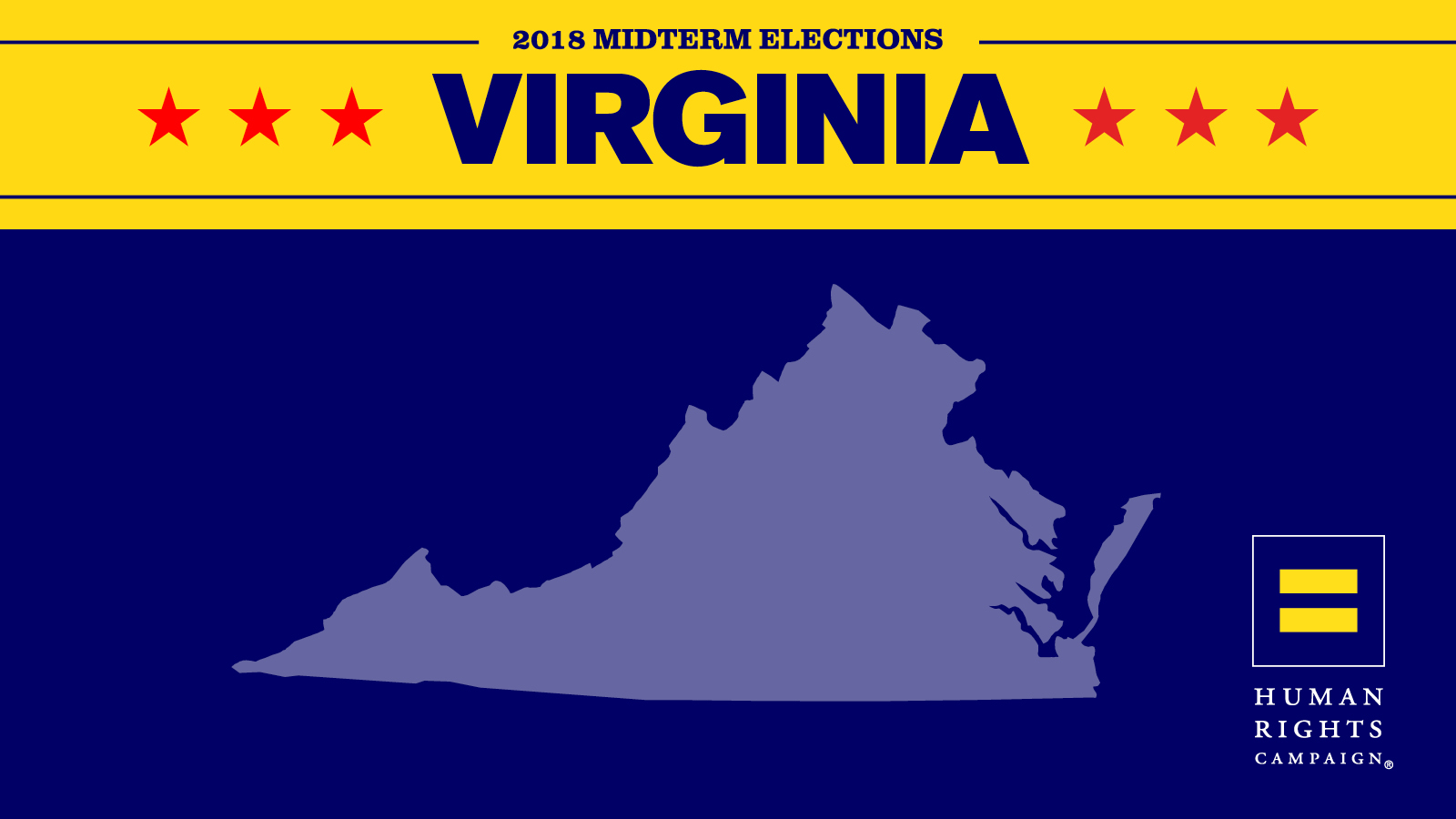 Today, the Human Rights Campaign released the following statement on victories of HRC-endorsed candidates Jennifer Wexton (VA-10) and Abigail Spanberger (VA-7). Wexton has ousted Republican Congresswoman Barbara Comstock to represent the people of Northern Virginia’s 10th District -- a race Politico identified as one of the top 10 House races to watch in 2018.

“Once again, Virginia has delivered a strong rebuke to the hateful agenda of Donald Trump and Mike Pence -- this time, by electing Jennifer Wexton and Abigail Spanberger to stand up for all of Virginia’s working families in Congress,” said JoDee Winterhof, HRC Senior Vice President for Policy and Political Affairs. “In the Virginia General Assembly, Wexton worked tirelessly to advance fairness and equality for all. And Spanberger has made equality a core component in her platform. HRC was proud to endorse and mobilize pro-equality voters for Spanberger and Wexton, and we look forward to working closely with both to move LGBTQ equality forward and pass the Equality Act.”

HRC deployed 14 staff and organizers for a major get-out-the-vote effort across the state alongside its local volunteer steering committees. Over the last four days in Virginia, HRC members and supporters knocked on thousands of doors. In addition to robust door-to-door, mail and phone canvassing in partnership with local groups, HRC hosted four Equality Action Academy trainings to give HRC members and supporters the tools they need to take action locally in legislative advocacy and in support of pro-equality candidate campaigns.

In the Virginia General Assembly, Wexton repeatedly championed state legislation to prohibit discrimination against LGBTQ people and their families. She has supported bills to expand Virginia’s hate crimes statute to include the LGBTQ community and protect LGBTQ youth from the dangerous and discredited practice of conversion therapy. She has also opposed harmful anti-LGBTQ legislation in Virginia that would have allowed government officials to refuse to marry same-sex couples, discriminatory legislation targeting transgender people, and numerous other attempts to treat the LGBTQ community as second-class citizens. In contrast to Wexton’s commitment to LGBTQ equality, Congresswoman Barbara Comstock earned an abysmal score of zero on the HRC Congressional Scorecard.

Spanberger, a retired CIA officer, is a strong advocate for equality. She supports the Equality Act and opposes the so-called “First Amendment Defense Act.” Spanberger witnessed her LGBTQ friends become parents through adoption, and pledged to ensure every child is able to find a loving home, regardless of what sexual orientation or gender identity of the parents. In contrast, Spanberger’s opponent, Congressman Dave Brat earned an abysmal score of zero on the HRC Congressional Scorecard.