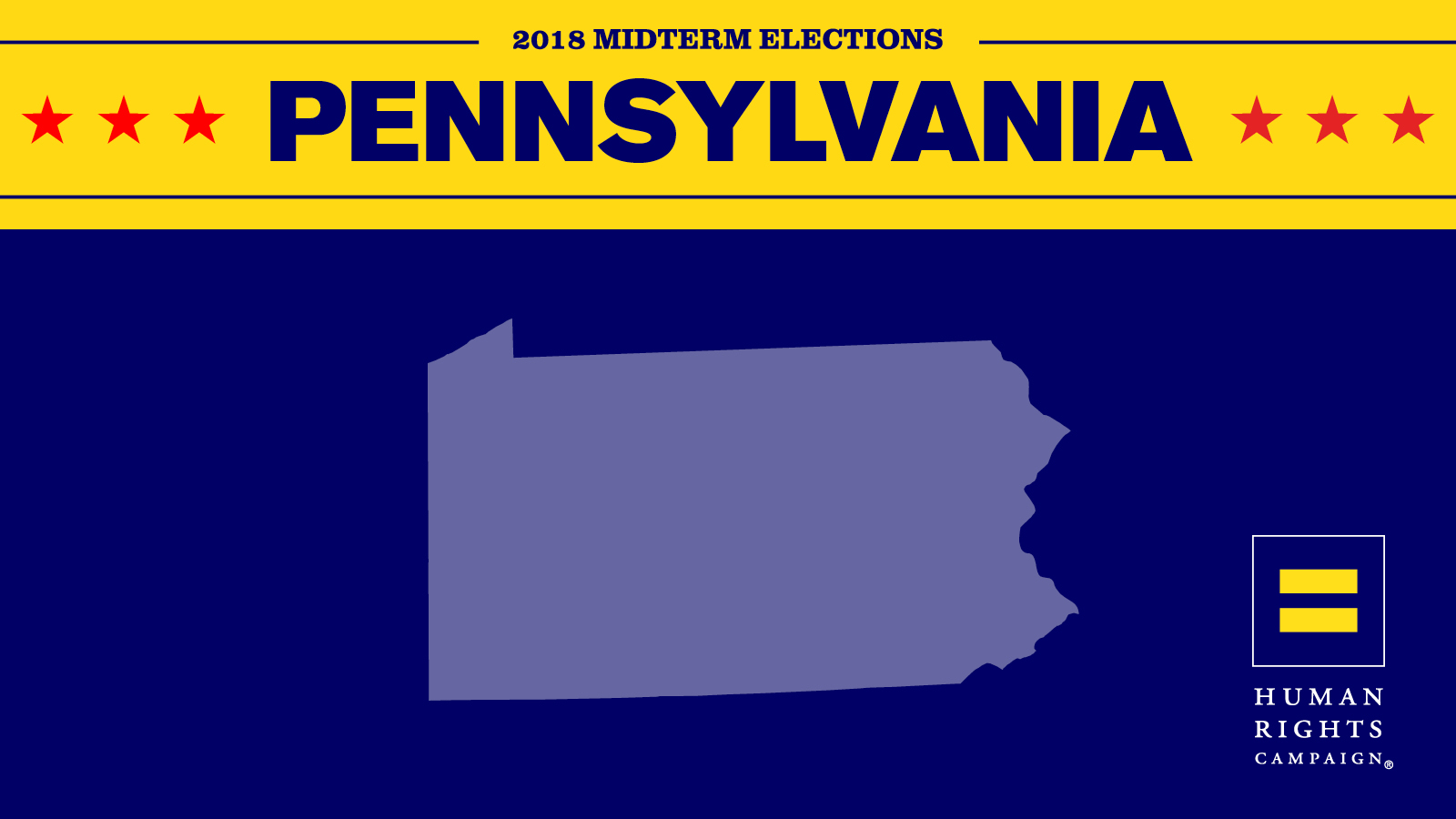 Griffin continued: “For more than a year, HRC has worked to mobilize 2.3 million equality voters across the state and we are proud to have helped these candidates and others across the finish line. Tonight we celebrate this incredible moment and tomorrow we look forward to rolling up our sleeves and getting to work with these pro-equality champions on behalf of all Pennsylvanians.”

HRC has prioritized investments and organizing in Pennsylvania for more than a year, and had eight staff on the ground in the state as part of the largest grassroots expansion in the organization’s 38-year history. In Pennsylvania this year, HRC members and supporters completed over 1,100 volunteer shifts. In the final 4 days of GOTV alone, our staff and volunteers knocked on over 4,500 doors. Since launching, we've helped over 2,200 Pennsylvanians register to vote by mail, online, and at in-person events. HRC hosted 26 Equality Action Academy trainings to give HRC members and supporters the tools they need to take action locally in legislative advocacy and in support of pro-equality candidates. Working with scores of partner organizations, HRC also led field organizing efforts around the state to mobilize voters in support of HRC-backed, pro-equality champions who will fight for LGBTQ rights, and for the rights and welfare of all Pennsylvanians.

Senator Casey has long been a strong supporter of LGBTQ equality. He is the lead sponsor of the Safe Schools Improvement Act, which would require school districts to adopt codes of conduct prohibiting bullying and harassment, including on the basis of race, color, national origin, sex, disability, sexual orientation, gender identity and religion. Casey is also a co-sponsor of the Equality Act, crucial federal legislation that would finally guarantee comprehensive protections for LGBTQ people under our nation's civil rights laws.