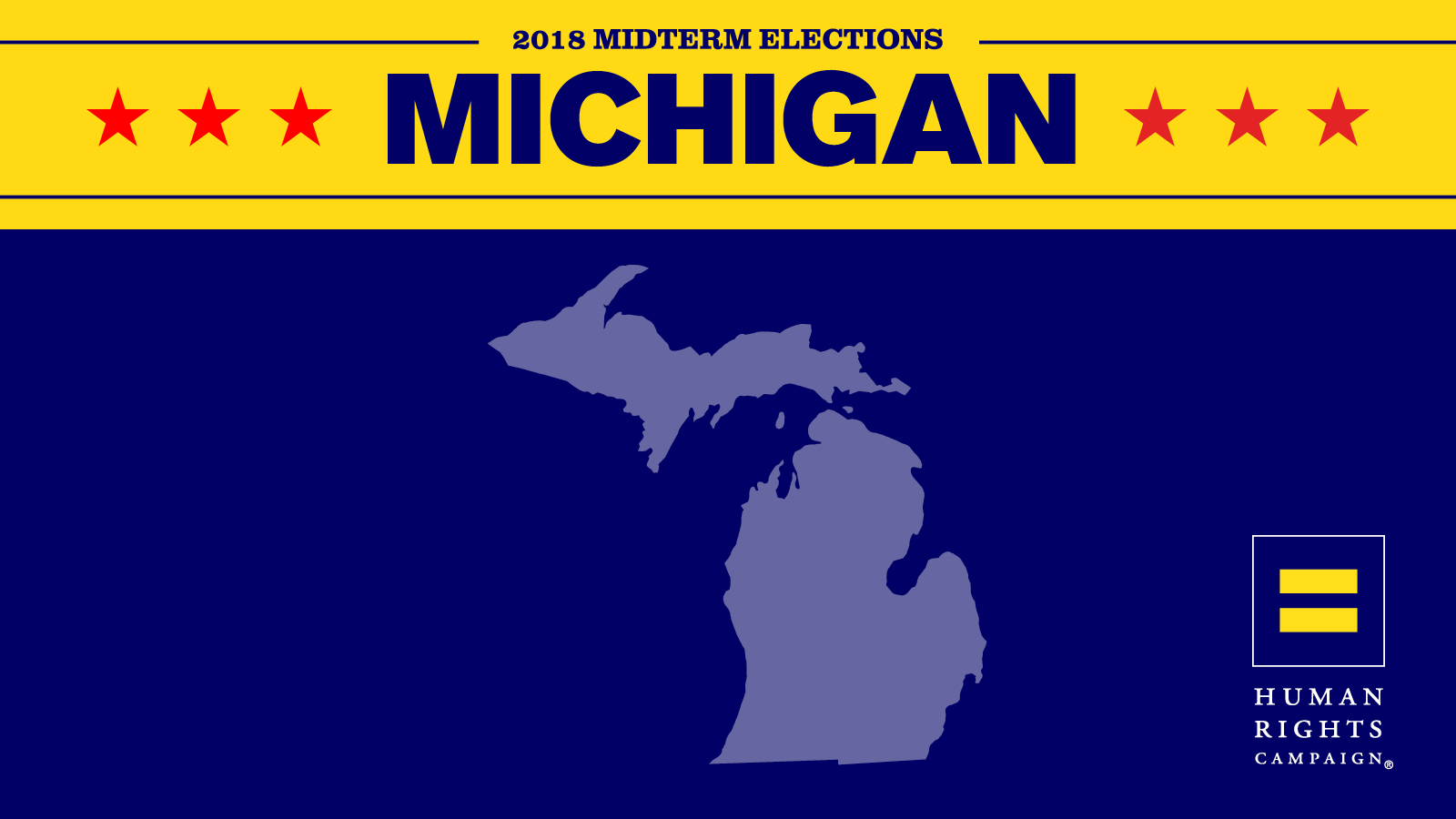 “Tonight, Michigan rejected the Trump-Pence administration’s politics of bigotry and fear and instead elected bold pro-equality champion Senator Debbie Stabenow,” said HRC President Chad Griffin. “We also celebrate the victories of equality champions Governor-elect Gretchen Whitmer and Congress members-elect Kildee, Stevens, Dingell and Lawrence. For more than a year, HRC has worked to mobilize 1.1 million equality voters across the state and we are proud to have helped these candidates and others across the finish line. Tonight we celebrate this incredible moment and tomorrow we look forward to rolling up our sleeves and getting to work with Michigan’s pro-equality champions to move equality forward for all Michiganders.”

HRC has prioritized investments and organizing in Michigan for more than a year, and had seven staff on the ground in the state as part of the largest grassroots expansion in the organization’s 38-year history. In 2018, HRC members and supporters completed 736 volunteer shifts. In the final four days of GOTV alone, our staff and volunteers knocked on over 2,600 doors. Member and supporter volunteers sent nearly 6,000 text messages in the final weeks. Since launching, we've helped register 1,500 Michiganders to vote by mail, online, and in-person.

HRC hosted seven Equality Action Academy trainings to give HRC members and supporters the tools they need to take action locally in legislative advocacy and in support of pro-equality candidate campaigns. Working with scores of partner organizations, HRC also led field organizing efforts around the state to mobilize voters in support of HRC-backed, pro-equality champions including Senator Stabenow, Governor-elect Whitmer, Representatives-elect Slotkin and Stevens, and others who will fight for LGBTQ rights, and for the rights and welfare of all Michiganders.