This Mother’s Day, A Story About Two Moms Who Made History 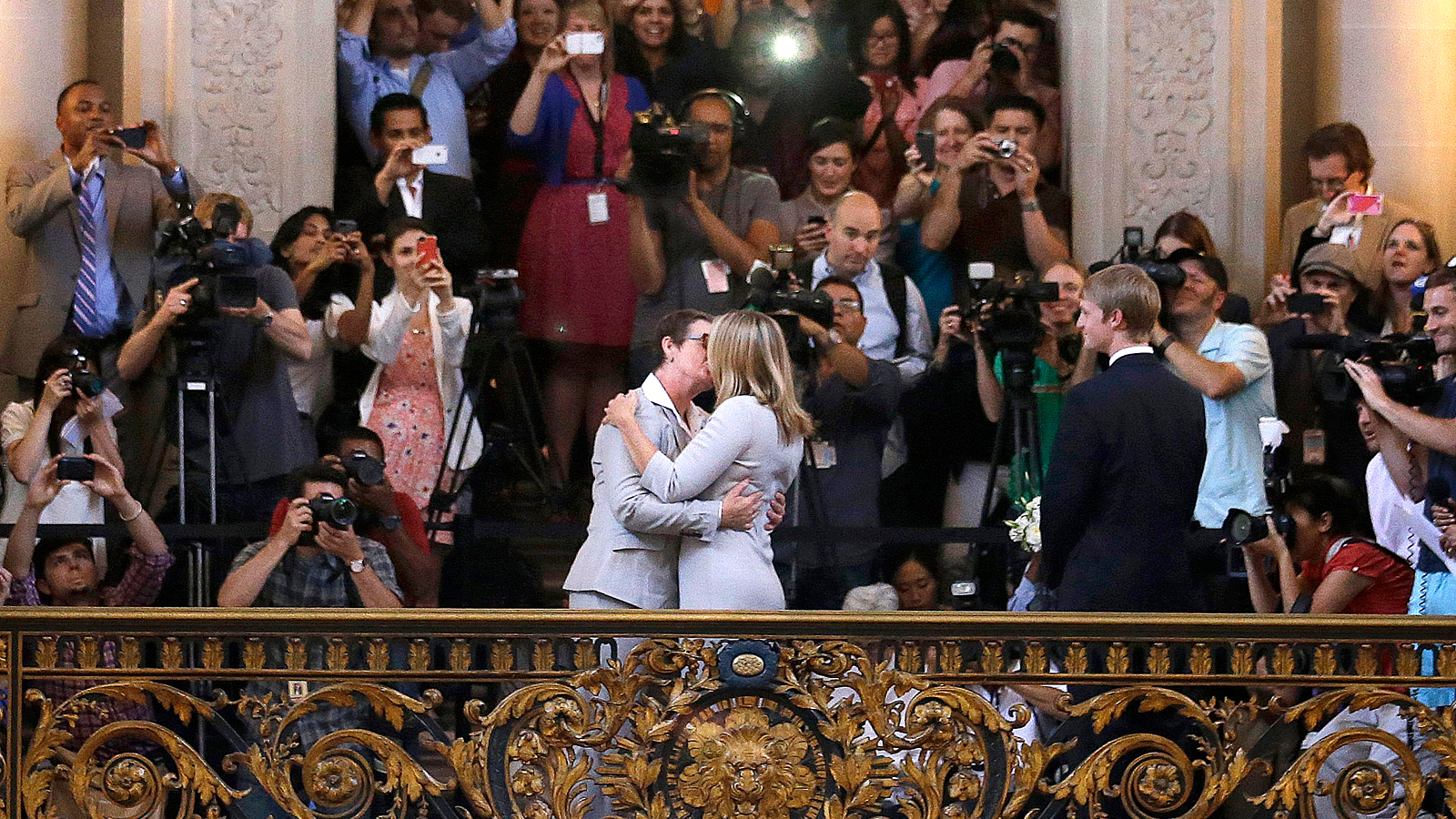 Just in time for Mother’s Day, "Love on Trial: Our Supreme Court Fight for the Right to Marry" tells the story of two moms who took their struggle for marriage equality all the way to the Supreme Court-- and won.

Just under a decade ago in November of 2008, America took a giant step forward with the election of our nation’s first African-American president – Barack Obama. That same day, however, California suffered a tremendous loss with the passage of Proposition 8, which amended the state constitution to ban committed and loving same-sex couples from legally marrying in the Golden State.

Up until that point, California’s history with marriage equality had been a back-and- forth mess, and many couples’ legal status – and the protections that came with it – were in doubt.

Kris Perry and Sandy Stier of Berkeley, CA knew that their family deserved the same rights and same protections as everyone else. As the mothers of four sons, they had a responsibility to their children. So when California voters passed Proposition 8, Kris and Sandy knew they had to fight back. Little did they realize the legal and emotional rollercoaster ride that lay ahead.

Kris and Sandy, along with Paul Katami and Jeff Zarillo, joined with the American Foundation for Equal Rights (AFER) to file a federal court case challenging Proposition 8. Their case, Hollingsworth v. Perry, endured a grueling trial, an appeal to the Ninth Circuit, and ultimately reached the U.S. Supreme Court. Their dream team attorneys, Ted Olson and David Boies, made the case to the highest court in the land that denying same-sex couples the right to marry violates the basic principles of the U.S. Constitution. Three months later, and four years after the case was filed in District Court, the Unites States Supreme Court ruled that the proponents of Proposition 8 lacked standing, and marriage equality was restored to the great state of California.

Same-sex couples across the state now enjoyed the same rights and respect under the laws as everyone else. And parents like Kris and Sandy could rest easy knowing that their family and their children had the vital protections that come with legal marriage.

Before Proposition 8, Kris and Sandy weren’t activists. They were working moms, just trying to do the best they could for their sons. In their new book, "Love on Trial: Our Supreme Court Fight for the Right to Marry," Kris and Sandy each tell the story of their journey from their 1960s all-American childhoods to the US Supreme Court, sharing tales of growing up in rural America, coming out to bewildered parents, falling in love, and finally becoming a family.

I’m so grateful to call Kris and Sandy friends. And today, I’m grateful that they are telling their story to the world – a story of putting love on trial. Spoiler alert: love won.

The progress we’ve made as an LGBTQ community was only possible because people like Kris and Sandy were willing to live openly and proudly, and to fight back when justice and equality were threatened – changing hearts and minds along the way. I want to wish a happy Mother’s Day to Kris, Sandy and all the parents out there who are raising future generations of Americans with the ideals of love, acceptance and equality.

This Mother's Day, A Story About Two Moms Who Made History | Human Rights Campaign