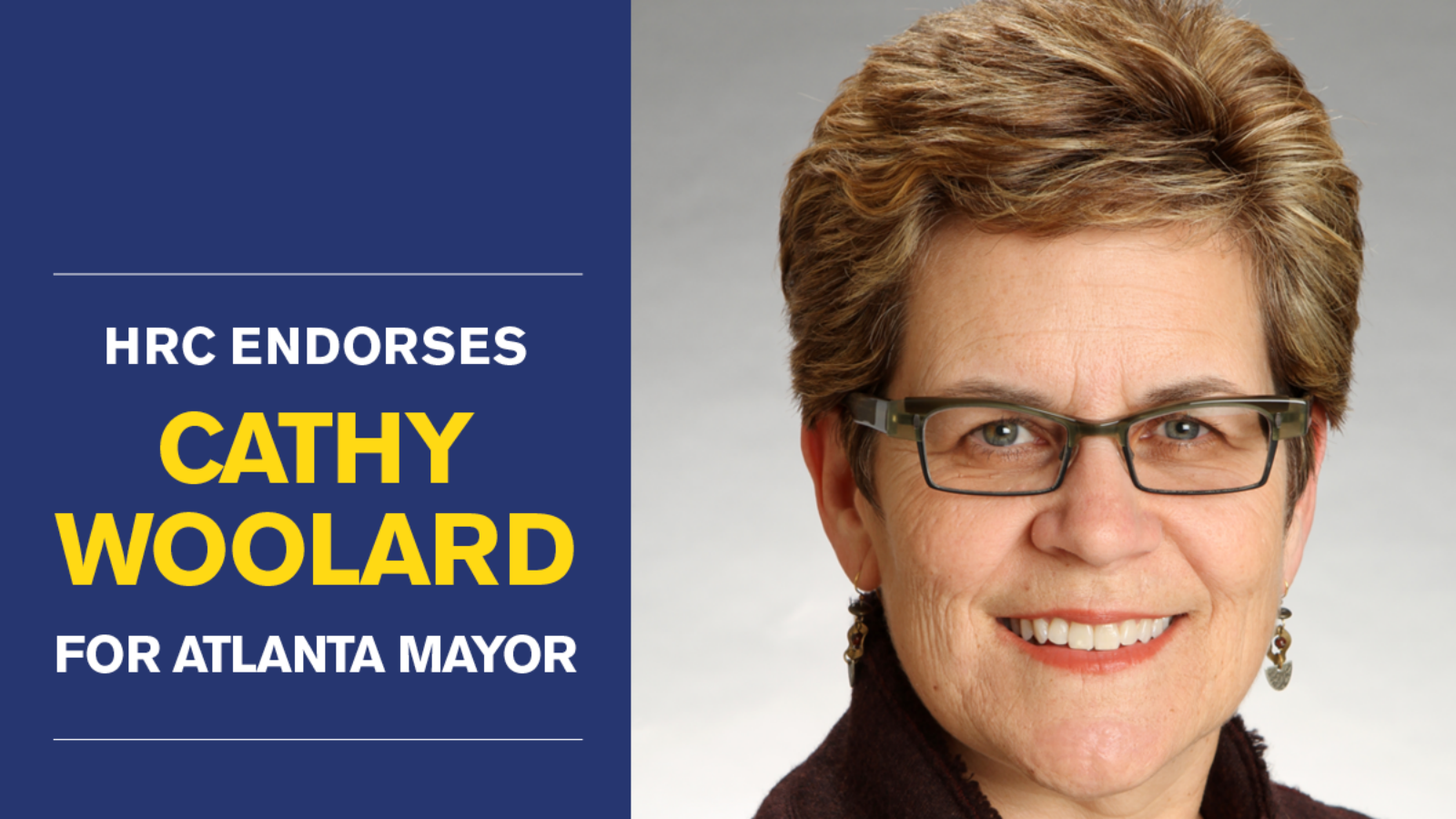 HRC announced the Public Policy Committee of HRC’s Board of Directors has voted to endorse Cathy Woolard for Mayor of Atlanta, Georgia, in the non-partisan election this November 2017.

“Cathy Woolard’s life-long record fighting for LGBTQ equality makes her the clear choice for fair-minded Atlantans this November,” said HRC President Chad Griffin. “With a proven record as a champion for equality, Cathy Woolard has the vision, passion, and commitment to continue moving Atlanta forward as a welcoming and inclusive city. We are proud to endorse Cathy Woolard in her bid to become the next mayor of Atlanta.”

“I am proud to receive HRC’s endorsement,” said Cathy Woolard. “I was on staff at HRC and know how important the work HRC does and continues to do, as the largest organization advancing LGBTQ equality. As Atlanta City Council President, ​I led the passage of what is still Georgia’s only comprehensive civil rights bill​, which includes sexual orientation and gender identity. ​As the next mayor of Atlanta, I will speak out and fight for fairness and equality whenever I can.”

Cathy Woolard has spent her whole life breaking barriers and standing up for the LGBTQ community. She is the first openly LGBTQ elected official in the state of Georgia and the first openly LGBTQ City Council President in the United States. Cathy personally led the Atlanta City Council to pass what is still the only comprehensive civil rights bill in the state of Georgia that protects LGBTQ people from discrimination in employment, housing, and public accommodations in the private sector. While a city council member, she successfully sponsored legislation to add gender identity to Atlanta’s non-discrimination policy for city employees. Cathy has also worked tirelessly to stop multiple attempts to pass dangerous, anti-LGBTQ “license to discriminate” bills.