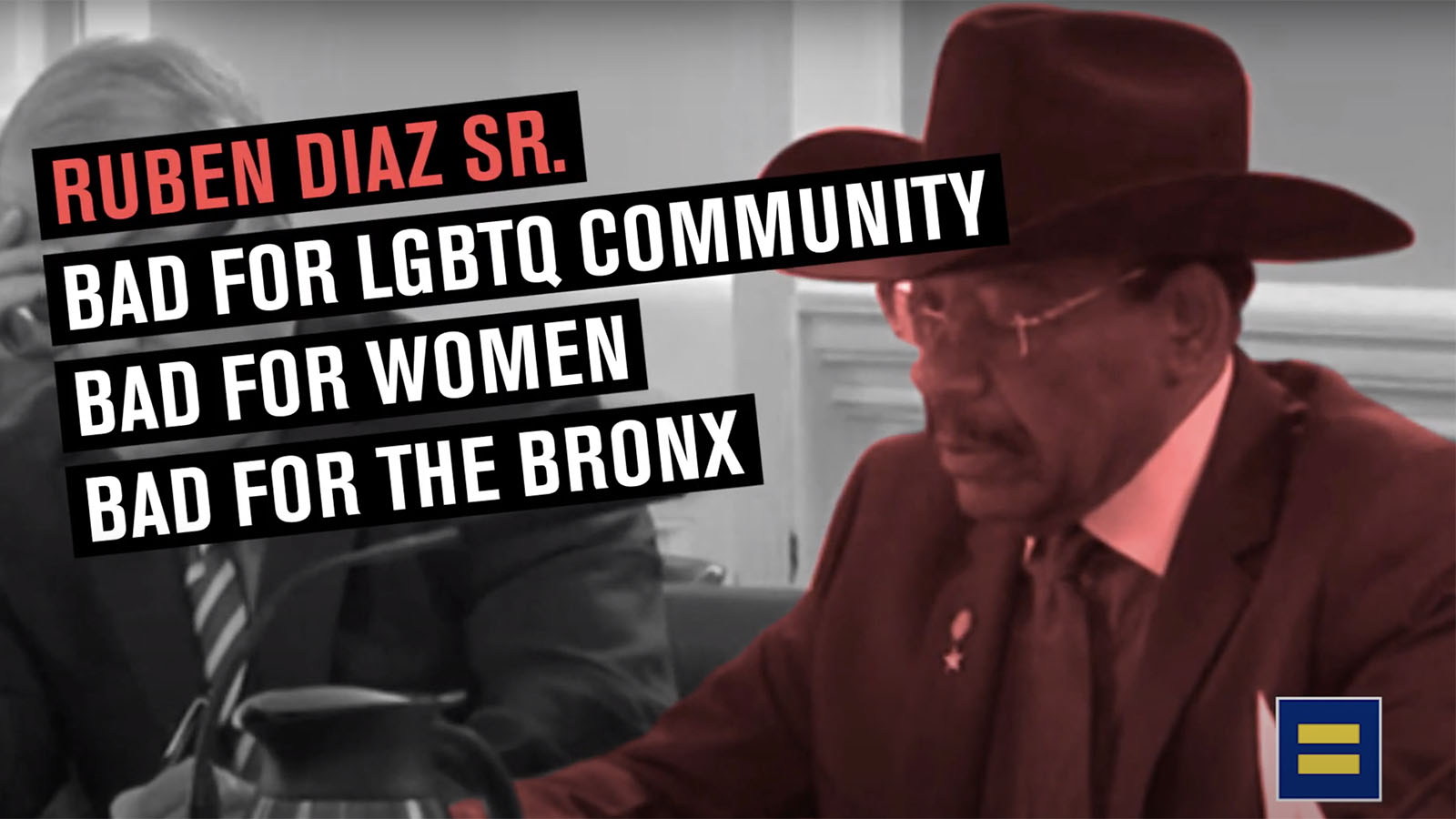 Today, the Human Rights Campaign released new videos criticizing Ruben Diaz Sr.’s record as one of the most virulently anti-LGBTQ Democrats in the nation.

Diaz Sr. is running in the Democatic primary, to be held on June 23, to be the Democratic nominee for New York’s 15th Congressional District. HRC has endorsed Ritchie Torres in this race. The ad represents a five figure digital buy targeting over 40,000 Equality Voters and HRC members and supporters in the district. The video will reach voters on Facebook, YouTube, and other video platforms in the home stretch of the primary, with links to resources for voting safely.

“Rev. Ruben Díaz, Sr. is one of the most virulently anti-equality and anti-choice Democrats that New York has seen in a generation, lacking respect for even the basic humanity of LGBTQ people. Not only has he used his platform as an elected official to vote against marriage equality and freedom of choice, he’s used his bully pulpit to dehumanize us,” said HRC Deputy Campaign Director Jonathan Shields. “HRC is fully committed to ensuring that hate has no place on the Democratic ticket, and encourages all voters in NY-15 to support Ritchie Torres.”

Diaz Sr. has said he is “proud to be homophobic,” sued the state of New York over marriage equality, called gay men “sons of devils” and said New York had “no morals” after supporting transgender rights. In 1994, when the Gay Games were coming to New York City, Diaz Sr. claimed that they would increase the spread of AIDS.

Ruben Diaz, Sr. claims to be a Democrat, but is he really?

Ruben Diaz, Sr. is an extremist, anti-LGBTQ politican who goes against the Bronx’s values of inclusion and equality.

Diaz Sr. has spoken out against LGBTQ equality, women’s reproductive rights, and justice for victims of sexual violence.

Ruben Diaz, Sr. might even vote for Donald Trump.