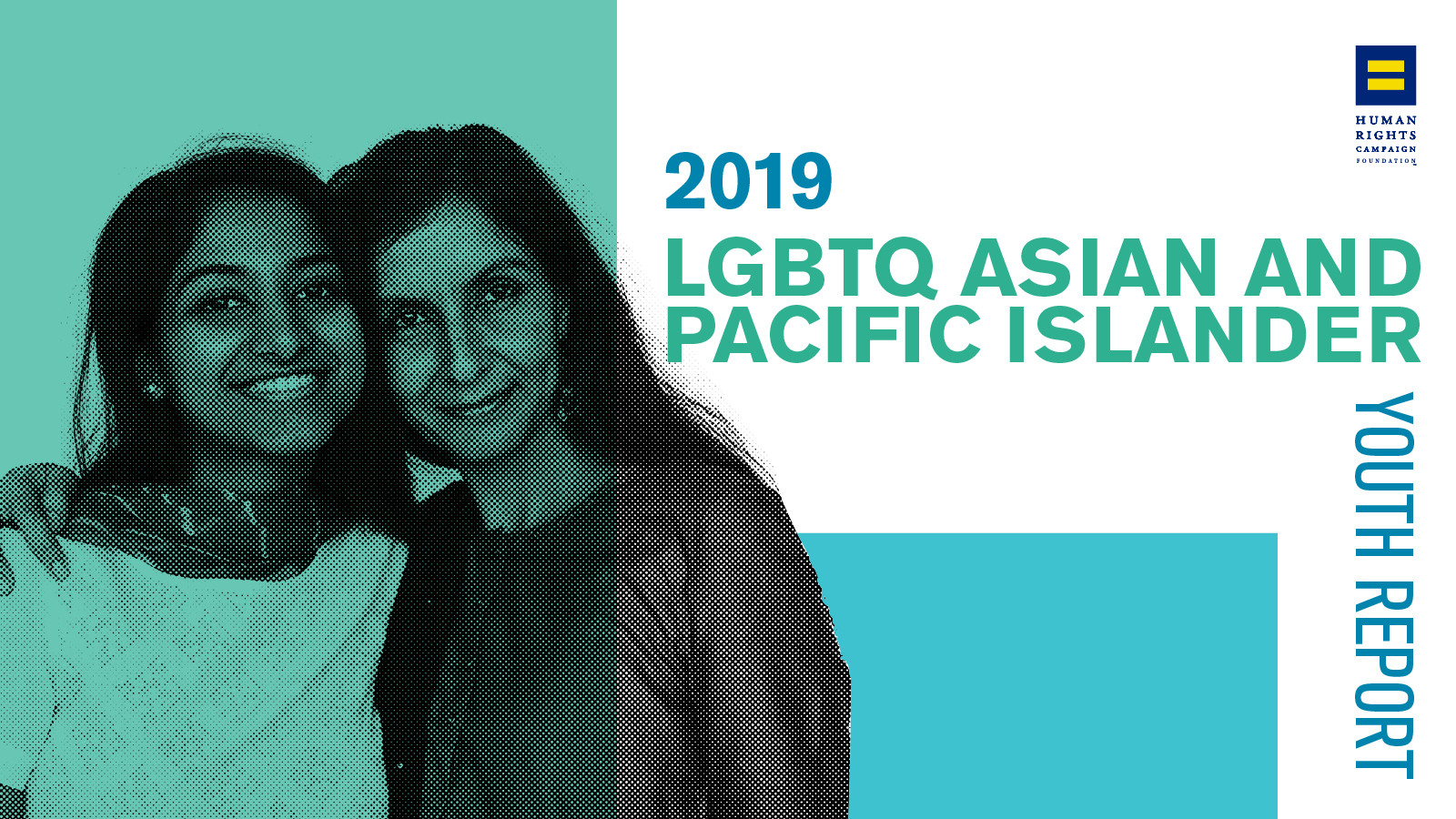 Today, HRC Foundation, in partnership with the University of Connecticut, released the 2019 LGBTQ Asian and Pacific Islander Youth Report, a groundbreaking resource detailing the experiences of Asian and Pacific Islander (API) LGBTQ youth. The report, which analyzes responses from nearly 1,200 young people who participated in HRC’s online 2017 LGBTQ Teen Survey, reveals elevated levels of stress among these 13-to-17-year-olds, as well as an overwhelming lack of comfort in being open about their identity at home and in school.

“While there is power in being both a person of color and LGBTQ, we know that discrimination against people holding multiple marginalized identities can be magnified -- and this is true for the many young LGBTQ Asian and Pacific Islanders we surveyed,” said Ellen Kahn, HRC Foundation Director of the Children, Youth & Families Program. “Our findings make it clear that we must address the harmful policies and practices, negative or nonexistent portrayals in the media, challenges in finding culturally competent support and historically maintained systems of racial oppression that complicate the ability of LGBTQ API youth to thrive.”

The report is being released during Asian Pacific Islander Heritage Month to further conversations about the intersections of LGBTQ experiences and Asian American and Pacific Islander identities.

API Americans represent dozens of cultures, ethnicities and nationalities, making them one of the most diverse communities in America. There are an estimated 22.5 million APIs in the U.S., according to The Williams Institute at UCLA School of Law.

The voices of Asian and Pacific Islander LGBTQ youth are powerfully represented in this report:

“I'm already out, but my mother hates that I'm lesbian and doesn't want me telling anyone about my ‘flaw.’"

“I was raised in a household where we don't talk about what makes us comfortable or uncomfortable, so whenever my counselor encouraged me to talk about my feelings, I was out of my comfort zone but appreciative. She made sure I knew she was seeing things through my perspective and did everything she could to help, comfort and inform me.”

“Because LGBTQ identities are not discussed in any public way at school, I don't feel comfortable letting a non-LGBTQ person know my identity.”

The U.S. lacks reliable data about LGBTQ people, especially about the experiences of LGBTQ youth. Supportive parents, school administrators, teachers, counselors and other youth-serving professionals play an essential role in the lives of API LGBTQ youth. These findings will inform a variety of HRC Foundation programs for youth and youth-serving professionals, including the HRC Foundation’s Welcoming Schools and All Children-All Families programs; and the Time to THRIVE conference. The full results of the survey can be found here.

For more information about life at the intersections of API and LGBTQ identities, click here. The Coca-Cola Foundation was a generous supporter of this critical resource.