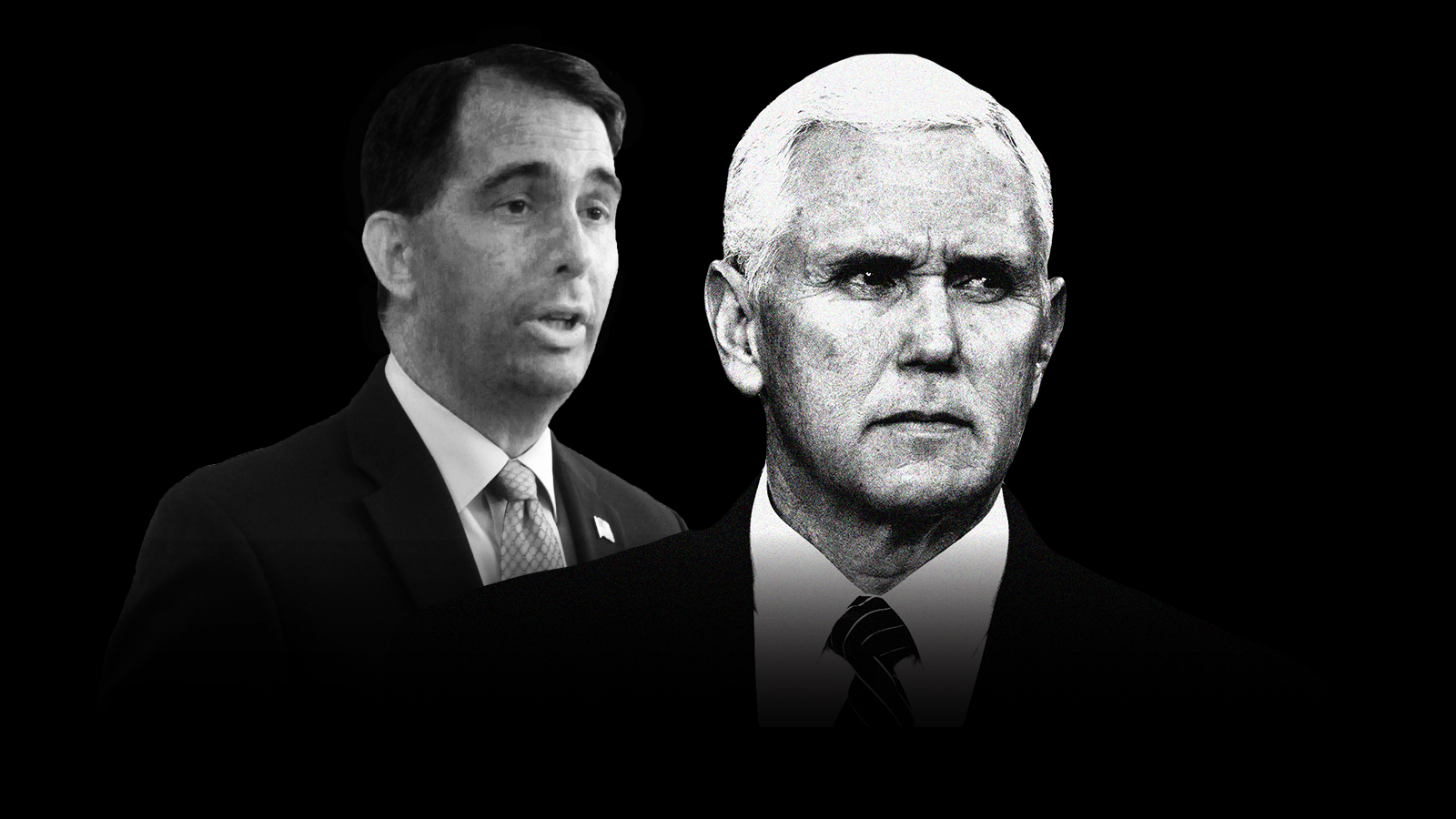 HRC is highlighting the anti-LGBTQ records of Vice President Mike Pence and Wisconsin Governor Scott Walker, who are scheduled to campaign together today in Eau Claire. With deeply disturbing records undermining equality and peddling extremist ideologies, Pence and Walker both have made virulent anti-LGBTQ activism a cornerstone of their political careers, and remain out of touch with a majority of Wisconsin voters, who overwhelmingly support LGBTQ equality.

“Mike Pence and Scott Walker’s extremist, discriminatory agendas pose a threat to Wisconsin and the nation,” said HRC Wisconsin State Director Wendy Strout. “From their opposition to marriage equality to their efforts to license discrimination against LGBTQ people, they do not represent Wisconsin values and our state’s more than 560,000 Equality Voters. With less than 30 days until the crucial midterm elections, HRC is mobilizing its hundreds of thousands of members and supporters in Wisconsin to reject the politics of hate and elect a pro-equality Governor in November.”

Here’s a snapshot of how Pence and Walker have undermined LGBTQ equality:

HRC’s comprehensive “The Real Mike Pence” campaign includes a report, microsite and series of videos that shine a spotlight on Pence’s decades-long crusade against LGBTQ equality, and inside-the-White House efforts leading the Trump-Pence administration’s attacks on LGBTQ people, including those who bravely serve our nation in the military. It lays out his long record of support for the abusive practice of so-called “conversion therapy;” his relentless pursuit of a license to discriminate against LGBTQ people; his attempts to block hate crime legislation and funding for HIV and AIDS prevention; and his efforts to undermine access to health and reproductive care essential to LGBTQ people. He also keeps busy with his extremist agenda by working to undermine science, health, transparency, education, justice and public safety.

In Wisconsin, HRC has identified more than 560,000 million “Equality Voters” -- voters who support LGBTQ-inclusive policies. HRC has prioritized investments and organizing in Wisconsin in the 2018 cycle, and has staff and resources on the ground in the state as part of the largest grassroots expansion in the organization’s 38-year history.