Melanie Encourages Tupelo Community to Come Together and #LoveYourNeighbor 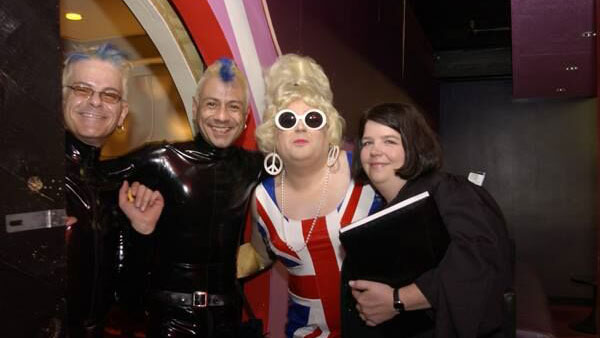 Melanie moved from Tupelo, Mississippi when she was 17-years-old, and after returning to her hometown several years later, she was thrilled with the progress being made toward equality.

“When I decided to move back to Tupelo 10 years ago, I was amazed to come back to a community that had made progress and I was really excited to come back to be able to come back and be part of that change,” she said in a video for HRC’s #LoveYourNeighbor campaign, a storytelling series focused on sharing the stories of LGBTQ and allied people in Tupelo.

Melanie never imaged that she would see marriage equality in her lifetime, let alone officiate a same-sex wedding inside of a church in Mississippi. But as people continue to speak out and share their stories, hearts and minds open and change.

“I see people banding together and speaking out together. Voices that seemed to be crying out alone are now finding each other,” she said.

An ally to the LGBTQ community, Melanie has to remind herself that there are still those who denounce LGBTQ and believe they choose live a certain so-called “lifestyle.” She has faith, though, that with time and education, people will eventually turn to love and become more accepting.

“We’re smart people and we should be able to recognize that people come in all shapes and sizes and so do families and so do relationships,” she said. “Watching young people step up and speak out makes me incredibly hopeful.”