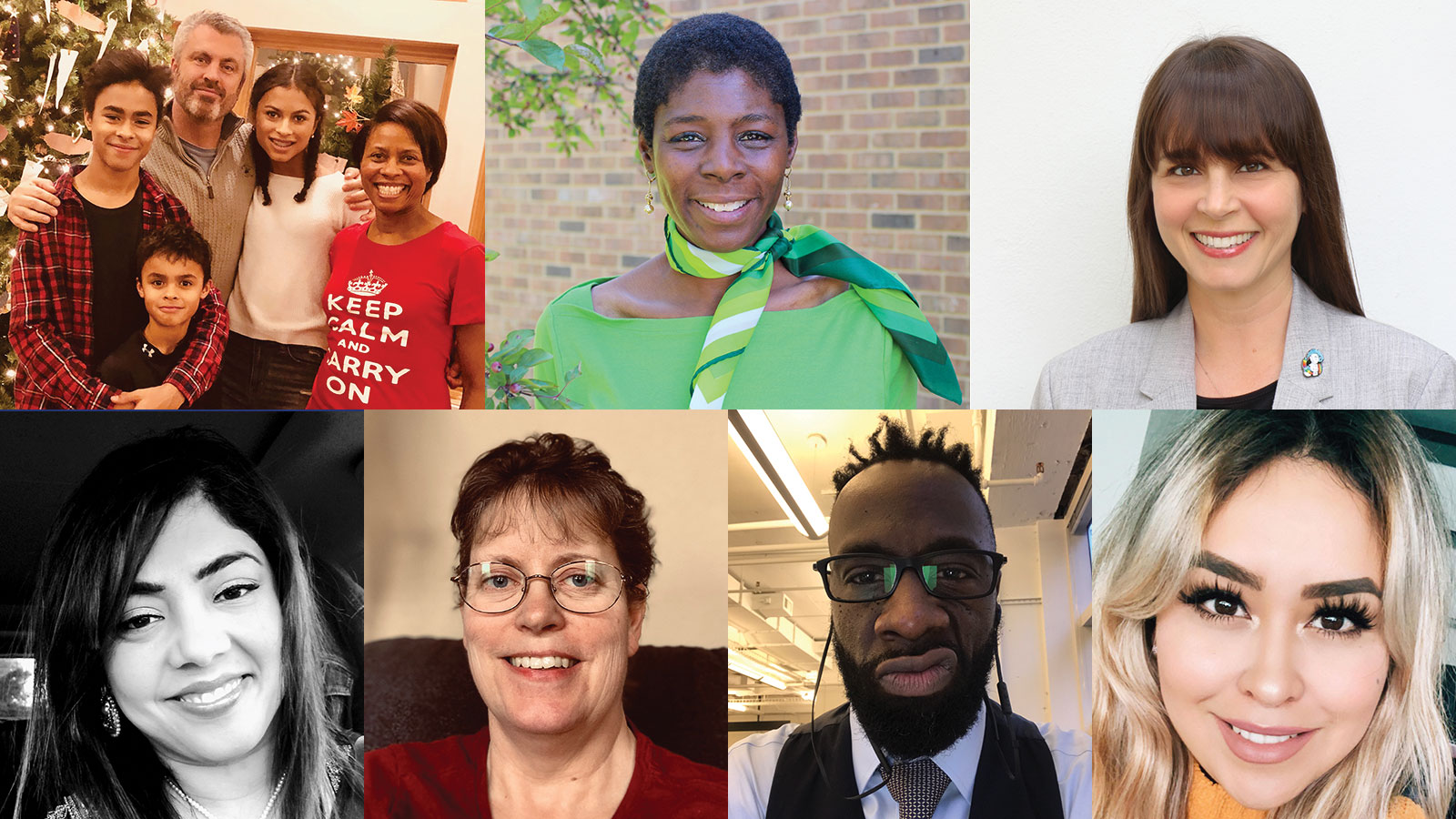 The council is a coalition of some of the the nation's leading parent-advocates working for equality and fairness for transgender people, with the intention of connecting, mobilizing and amplifying many of the most powerful voices of love, inclusion and support for transgender equality.

"There is no advocacy voice more powerful than that of parents who are fighting for the rights and dignity of their children,” said HRC Senior Director of Programs and Partnerships Ellen Kahn. “These parents are fueled by, and channel the energy, love and commitment of the thousands of parents of trans and non-binary children across the country who are doing extraordinary work every day to keep their children safe at home and at school. HRC Foundation is grateful to the families represented on our Parents for Transgender Equality National Council — these dedicated, fierce parents are on the front lines of changing hearts and minds." 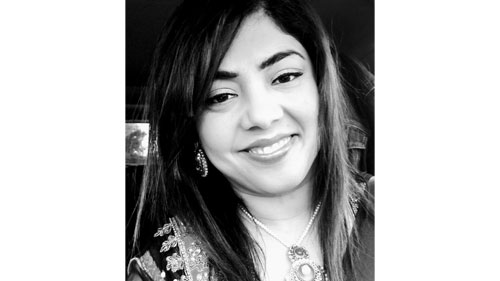 Mehereen Baig is a mother to three boys, ages 20, 17 and 14, with the two eldest being cisgender and the youngest being transgender. As an immigrant from Pakistan, Mehereen came to the United States at four-years-old and was raised in a conservative, traditional Muslim family. While in college she broke a cultural norm by marrying outside of her customs and nationality to an American convert to Islam. She and her ex-husband raised their children in the folds of a loving, Islamic household and despite the end of a 25 year marriage, continue to co-parent together, alongside Mehereen’s new family. They are united as strong advocates for all of their boys regardless of their children’s beliefs and self-identity. It has not been the easiest journey for her to face abandonment and rejection from some members of her family, but armed with constant education and an open heart, she fiercely shields her sons from facing the same challenges.

Mehereen is an educator of 26 years at the elementary level. She earned a Bachelor of Science in Education and a Master of Literacy with a specialty in Bilingual Literacy. Within her district, she is currently working to bring an LGBTQIA curriculum to classrooms ranging from elementary to high school. She is also a leading advocate in educating and helping newcomers from around the world better understand how to navigate and function within the U.S. school system. She reaches out to new immigrant families in the community and works with them to acclimate them comfortably into setting up a successful foundation for education. She is a union representative at the school level which allows her to bridge the common understanding between staff and administration.

Although Mehereen is fairly new to the news of her son coming out to their family, she is well versed in unconditional acceptance in diversity and outspoken within the Islamic community. 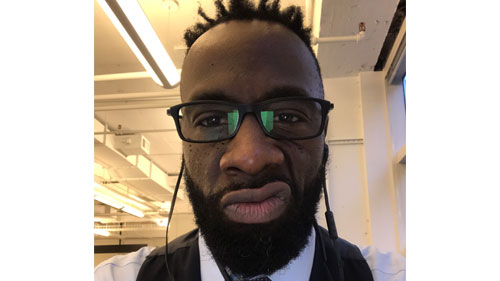 Stephen Chukumba is a single father of four children, Asha Ming, Chima, Duran and Nokosi. One of Stephen’s children identifies as a transgender boy and since his son’s coming out, Stephen has made it his mission to disabuse the world of its ignorance and intolerance of LGBTQ people and the issues they face.

Stephen is a scrum master at Capital One, where he is an active member of several business resource groups devoted to assisting the members of minority and disenfranchised groups.

As a member of the Human Rights Campaign’s Parents for Transgender Equality Council, PFLAG and GLAAD, Stephen leverages his membership in these powerful advocacy platforms to speak and educate about the unique challenges faced by people of color raising transgender youth. 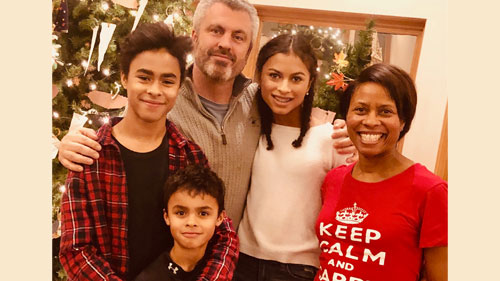 Luchina is an award-winning writer and filmmaker, whose upcoming documentary Mama Gloria is about a trailblazing 73-year-old Black transgender woman who started a charm school for homeless trans youth. David is an award-winning clinical psychologist who implemented and currently oversees the nation’s first Female Integrated Treatment facility for the Federal Bureau of Prisons, where he has worked for nearly two decades. Together, they are the proud parents of Gia, Luc and Mateo.

When Gia transitioned at the start of eighth grade in their small town in Connecticut, the family wrote a “coming out” letter to all the middle school students and their parents. The overwhelmingly supportive response from the entire community led the family to take their positive story public through the national storytelling campaign, The GenderCool Project, which aims to show who trans youth are, not what they are. Luchina penned a first-person essay for Good Morning America and the family's story has since been featured on Megyn Kelly Today, The New York Times, People and CBS This Morning. Now 16, Gia is a HRC Youth Ambassador, GenderCool Project Champion and one of The Advocate’s 2019 Champions of Pride. She was featured in Gap's 2019 Pride campaign and was featured in the season 2 finale of Pose. 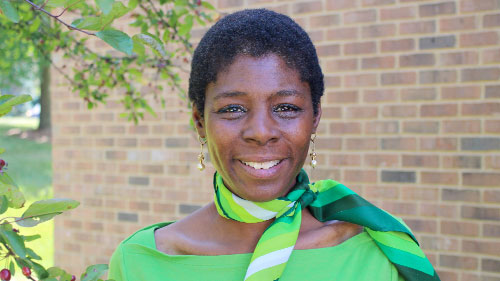 Yma Johnson is the proud mother of Seti, her 19-year-old non-binary child. She is also a board member for Stand with Trans, an organization that provides free support groups and resources to trans youth and their families throughout southeast Michigan and in the San Francisco Bay Area. Yma is from Ann Arbor, MI and co-founded that city’s Stand with Trans support group.

She considers it a privilege to support her child as they move fluidly across and through their varied and beautiful gender expressions. She wants every transgender, gender non-conforming and gender creative child to have the benefit of a safe, supportive home and loving community.

Yma has a master’s degree in creative writing from Eastern Michigan University and a bachelor’s in psychology from the University of Michigan. She has participated in diversity, equity and inclusion initiatives at multiple organizations and is a staunch ally for the LGBTQ community. Over the course of two decades, Yma has championed social justice causes, including environmental protection, women's rights, equitable health care access and inmate rights. She currently sits on several boards, steering committees and task forces. 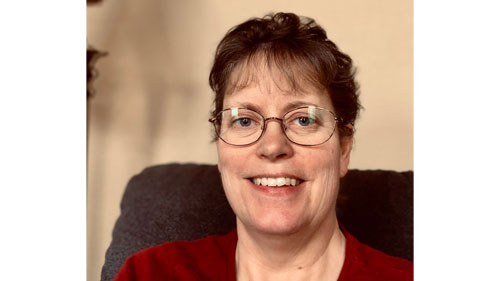 Kim Lesher lives in South Dakota with her husband and three kids. Kim's family has lived in South Dakota for nearly the entirety of their lives. She holds a Bachelor's degree and works as a paraeducator at her local high school. Kim became drawn into transgender advocacy after seeing her non-binary child Quinn's enthusiasm and passion for it. Unlike a lot of parents of transgender children, she is able to speak out when she sees injustice in legislation and other areas. Kim recognizes that her child Quinncy is old enough to make the decision to be honest and open to the world, and she is following their lead just as much as they are following hers. 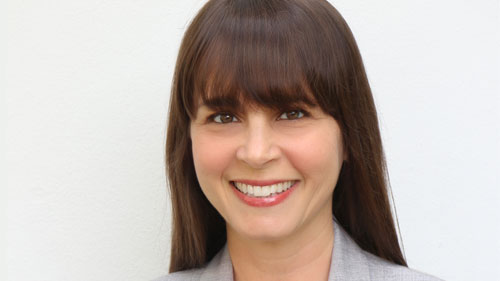 Jennifer and her husband, Jeffrey Solomon, live in Miami along with their four children, two of whom are part of the LGBTQ community. Their oldest daughter just celebrated her second wedding anniversary with her beautiful wife. Cooper is the youngest and identifies as gender non-conforming. While his gender identity is male, his gender expression is fabulously female.

A pediatric registered nurse by profession, Jennifer chooses to spend her time advocating for all LGBTQ youth to live safe and healthy lives as their authentic selves.

She is the founder and president of PFLAG South Miami Chapter. She has created a safe space for families to gather, receive support, give advice and become allies for their loved ones.

For the last five years Jennifer has been a member of Miami Dade County Public Schools (MDCPS) LGBTQ Safe School Advisory Council, where she works with local organizations to provide the superintendent and school board members tools and guidance to ensure the school environment is a safe place for learning. She also serves on the MDCPS Student Services Advisory Committee.

While in kindergarten, Cooper and Jennifer presented a proposal to the school board to implement HRC’s Welcoming Schools curriculum and were successful in getting the fourth-largest school district to incorporate diversity education into their schools.

Jennifer is an outspoken ally on the local and state level as a speaker for organizations such as Equality Florida and the YES institute. As a strong advocate, she has testified in Tallahassee TN against anti-LGBTQ bills and at the Miami Dade Commission fighting to protect LGBTQ youth from so-called “conversion therapy.” Her family’s journey of raising a gender non-conforming child has been featured in the Miami New Times as well as a segment on NBC and NPR.

Sharing her family’s experience with raising a child who redefines what it means to be a boy will hopefully help educate others and make the world a kinder, gentler place for all children. 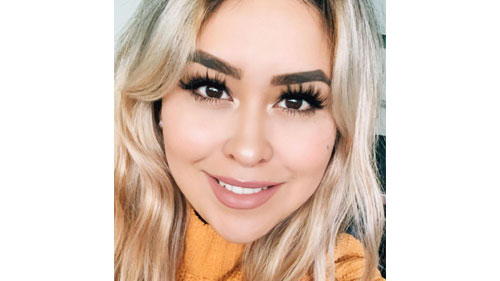 Adamalis Vigil is a nail salon owner from Palmview, Texas and the proud parent of three children, including her transgender daughter. Adamalis advocates for transgender inclusivity in both her personal life as the mother of a transgender daughter and in her professional life as the owner of a nail salon. In addition to regularly meeting with school leadership to address anti-transgender bullying her daughter faces, Adamalis’ nail salon is listed on the Rio Grande Valley Resource List -- a list of local LGBTQ-friendly business -- and people from all over the Rio Grande Valley come to her business for their inclusive service. Adamalis has required all staff to be trained in gender inclusiveness to ensure all customers, especially LGBTQ customers, have a good experience at her salon. Adamalis firmly believes that having a trans child has made her a better person and hopes that with her actions and other actions of inclusivity in her community, there will be chain reactions of kindness, so that her daughter will have a better future.