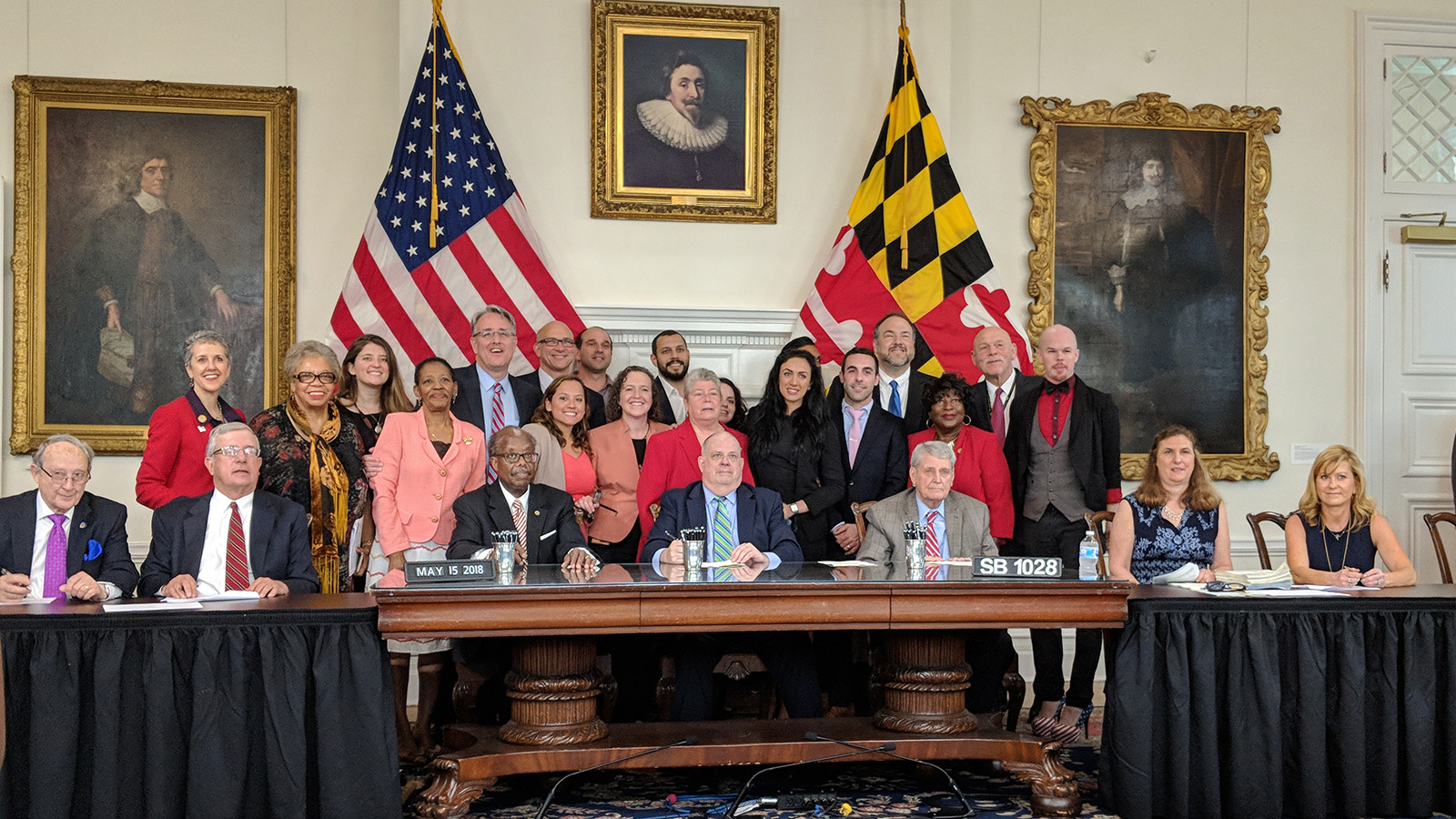 “No child should ever be subjected to the abusive practice of so-called ‘conversion therapy,’” said HRC President Chad Griffin. “This dangerous and ​inhumane form of child abuse has no basis in science and is ​uniformly rejected by every major mental health and child welfare ​organization. Today, Maryland is a better place for countless young people thanks to the many advocates, allies, parents, and survivors who spoke out against this practice and urged their elected officials -- Republicans and Democrats alike -- to adopt these crucial protections.”

FreeState Justice Executive Director Mark Procopio said, “In signing this legislation, Governor Hogan joined the General Assembly in choosing to not only protect LGBTQ youth from harm, but to send an affirmation to children across Maryland who may be struggling with their sexual orientation or gender identity. They are perfect as they are.”

SB1028 was introduced in the Maryland State Senate by Senator Richard Madaleno and in the House of Delegates by Delegate Bonnie Cullison and passed the legislature with bipartisan support.

Today, @HRC was proud to be in the room as Maryland adopted critical legislation protecting #LGBTQ youth from the dangerous and debunked practice of "conversion therapy." #MDLeg https://t.co/kfPbWNMyOW pic.twitter.com/gmOOR6PQek