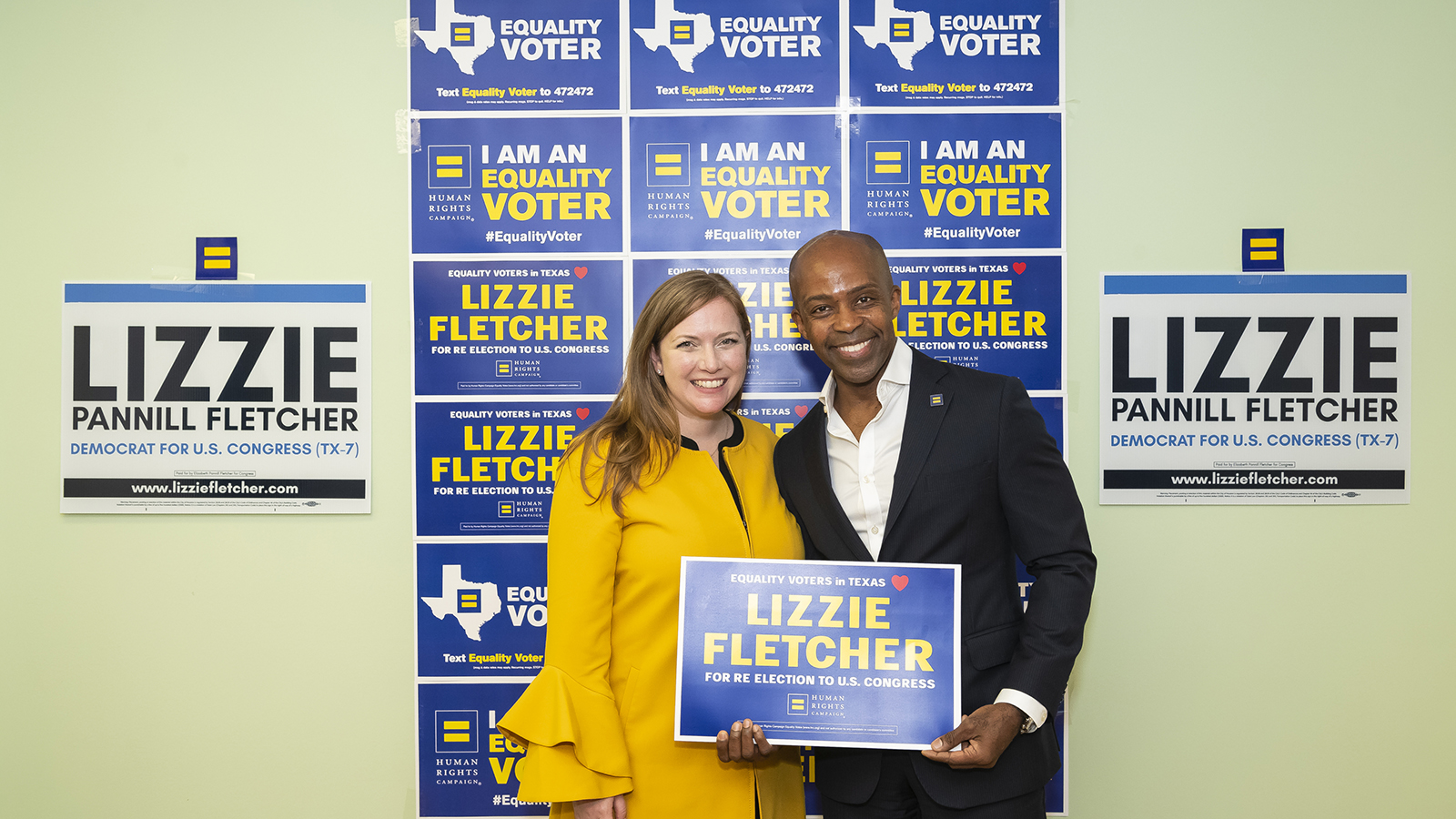 Fletcher has been a strong supporter of her LGBTQ constituents while in Congress, cosponsoring and voting for the Equality Act as well as supporting pro-LGBTQ bills. Fletcher’s endorsement marks the second Congressional endorsement of the 2020 cycle and underscores the electoral importance of Texas in 2020. Over the next year, HRC will be devoting significant resources to turning out the 1.7 million Equality Voters across the state of Texas to ensure pro-equality leaders like Rep. Fletcher remain in, or are elected to office.

“Congresswoman Fletcher has been a steadfast ally of the LGBTQ community during her first term in Congress,” said HRC President Alphonso David. “In 2018, voters sent a clear message by rejecting the politics of fear and division and sending bold pro-equality champions like Lizzie Fletcher to Washington. Now, it’s time to make sure those leaders have the resources and support they need to continue to work on behalf of all Americans, including the LGBTQ community. The Human Rights Campaign is proud to endorse Congresswoman Fletcher’s bid for reelection and we look forward to continuing to fight alongside her for full equality.”

“I am honored and proud to receive HRC’s endorsement for my reelection,” Congresswoman Lizzie Fletcher said. “HRC volunteers were a critical component of our coalition in 2018 and, with their continued partnership, we will build on our work together for a diverse, inclusive, equal society in 2020.”

“Congresswoman Fletcher has been a game-changer for Texas,” said HRC Texas State Director Rebecca Marques. “Not only was she able to flip an unfriendly district, but she has been a vocal ally for LGBTQ people -- both in her district and around the country. HRC is proud to endorse Rep. Fletcher for reelection, and we will work tirelessly to send her back to Washington for a second term."

In 2018, HRC deployed staff on the ground across the state to help elect Fletcher and other pro-equality candidates across Texas. Alongside its three permanent full-time staff in Texas and four local volunteer steering committees, HRC deployed 13 additional staff and organizers for a major get-out-the-vote effort across the state. Over the last four days in Texas, HRC members and supporters knocked on over thousands of doors and texted over 27,000 Texans voting resources and reminders. In addition to robust door-to-door, mail and phone canvassing in partnership with local groups including Equality Texas, HRC hosted four Equality Action Academy trainings to give HRC members and supporters the tools they need to take action locally in legislative advocacy and in support of pro-equality candidate campaigns.