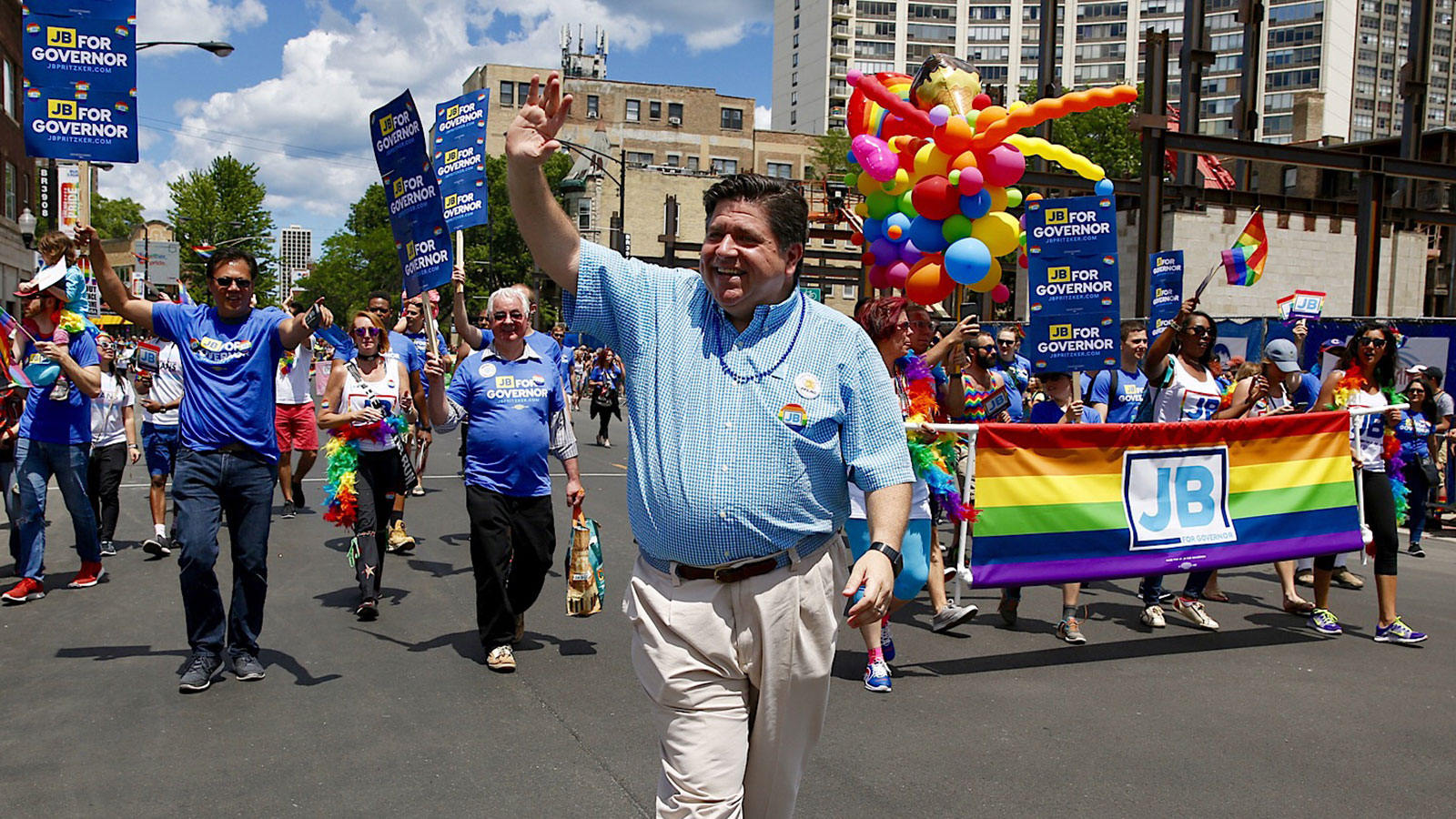 HRC announced its endorsement of J.B. Pritzker in his bid to become the next governor of Illinois.

“J.B. Pritzker has the vision and experience needed to build a stronger future for the hard-working families of Illinois,” said HRC Senior Vice President for Policy and Political Affairs JoDee Winterhof. “From fighting for access to affordable healthcare to standing up to the Trump-Pence White House and their hateful agenda, Pritzker is committed to moving Illinois forward and advancing fairness and equality for all. HRC is proud to endorse J.B. Pritzker for governor.”

“Juliana and I are so proud to have the Human Rights Campaign by our side as we fight to uplift our state’s LGBTQ community and move Illinois forward,” said JB Pritzker. “My mother instilled in me a spirit of inclusivity and respect for the humanity of all people, and that’s why I’ve been a staunch advocate for LGBTQ rights my entire life. While we’ve made historic strides toward equality, we have a president who threatens civil rights and a governor who just vetoed workplace protections and slashed critical services during his budget crisis. If I’m elected governor, I will restore stability and defend the rights of every person in Illinois, and I’m glad the HRC will be there to help us win big in November.”

Pritzker’s mother was an LGBTQ advocate during the mid-1970’s and instilled in him the spirit of inclusivity and respect for the humanity of all people. He is committed to fighting hate wherever it occurs by rooting out bullying in schools and enforcing workplace non-discrimination laws. He will work with the legislature to pass annual budgets that invest in social service agencies that address the unique challenges facing the LGBTQ community. As governor, he is committed to not only ensuring the LGBTQ community has a seat at the table, but also ensuring they are equal partners in the fight to make equality a lived reality for all. Find out more about his commitment to the LGBTQ community here.

Across Illinois, HRC has identified more than 2.5 million “Equality Voters” — meaning they are strong supporters of progressive LGBTQ policies including marriage equality, equitable family law, and laws that prohibit discrimination on the basis of sexual orientation or gender identity. Last year, HRC announced a coast-to-coast campaign to mobilize these voters for the midterm elections called HRC Rising, which represents the largest grassroots expansion in the organization’s 38-year history.