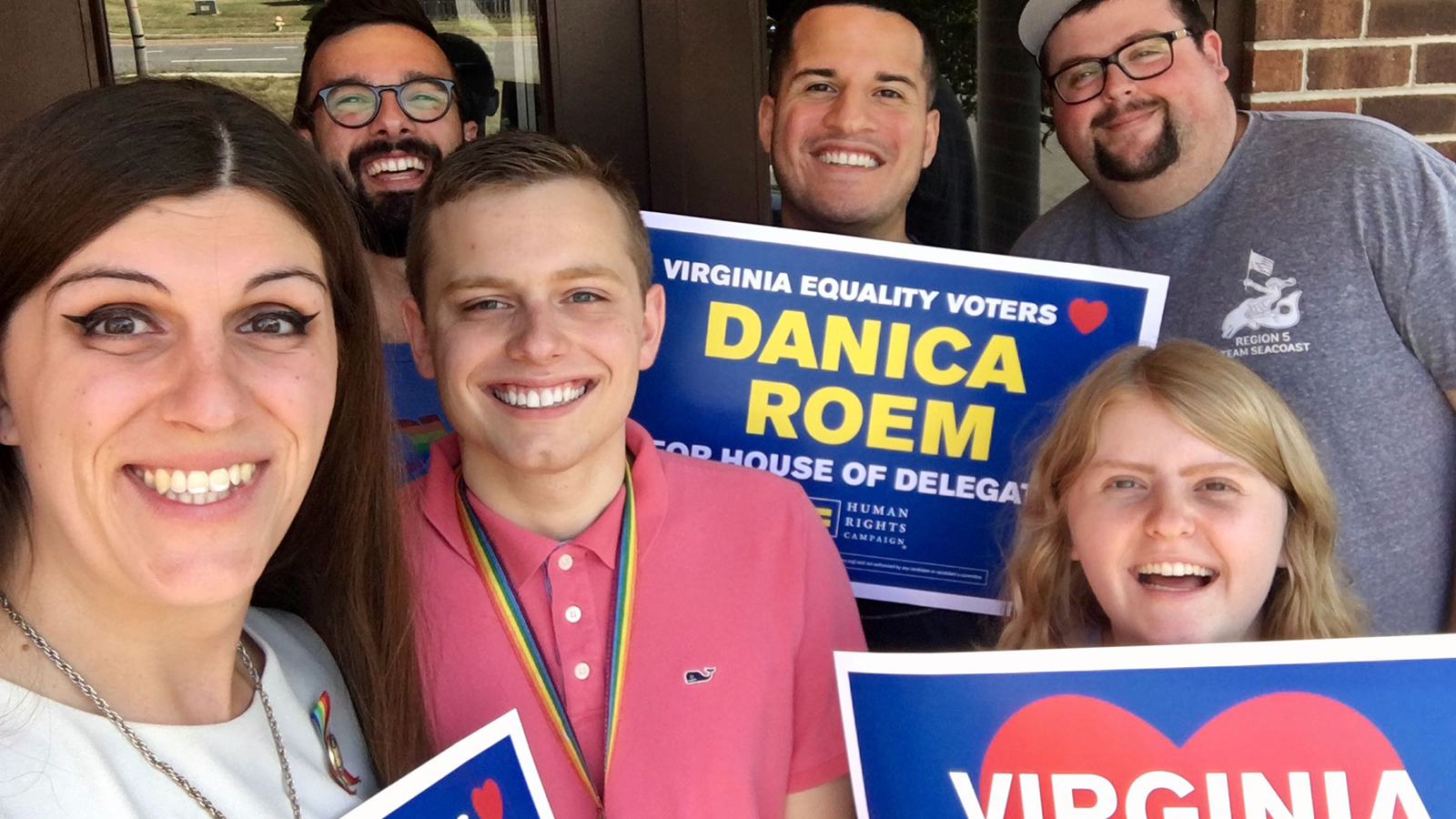 HRC congratulated Del. Danica Roem on her reelection to the Virginia House of Delegates.

“Danica Roem has once again made history, becoming the longest-serving and first openly transgender elected official to be reelected in our nation’s history,” said HRC President Alphonso David. “Throughout her tenure in the House of Delegates, Roem has remained focused on the needs of her constituents, despite hateful and divisive attacks from anti-LGBTQ groups and her opponents. From expanding Medicaid and providing health care to 400,000 Virginians to improving Route 28, Delegate Roem has been an effective leader in Richmond -- and she isn’t finished yet. For these reasons and more, the Human Rights Campaign is proud to have helped her fight for reelection and is proud to stand alongside her each and every step of her awe-inspiring journey.”

Throughout this campaign, Roem faced significant hurdles, from major anti-LGBTQ donors targeting her to the constant transphobic attacks of her opponents. According to the Daily Beast, Roem’s opponent collected thousands of dollars from anti-LGBTQ groups clearly targeting Roem because of her identity. Roem’s opponent’s campaign was moderate on the surface, but allowed for and pushed many anti-LGBTQ attacks. Weeks before the election, the Prince William County GOP attacked Roem because of her gender identity, claiming she could not call herself a mother. Additionally, Roem’s opponent repeatedly misgendered her throughout the campaign.

In August, the Human Rights Campaign endorsed 27 candidates and committed to invest over $250,000 to elect pro-equality candidates across Virginia, including Roem. The endorsements marked the beginning of HRC’s largest-ever field, digital and direct mail program in the Commonwealth of Virginia.

For months, HRC organizers worked alongside Roem’s campaign, helping mobilize the thousands of Equality Voters in her district and the 1.2 million Equality Voters across the commonwealth. Additionally, HRC launched significant mail and digital ad campaigns supporting Roem’s reelection. In 2018, HRC used sophisticated analytics to identify and mobilize 57 million “Equality Voters” nationwide who prioritize LGBTQ-inclusive policies including marriage equality, equitable family law, and laws that would prohibit discrimination on the basis of sexual orientation and gender identity. HRC targeted and turned out these voters in the 27 districts where HRC made an endorsement.