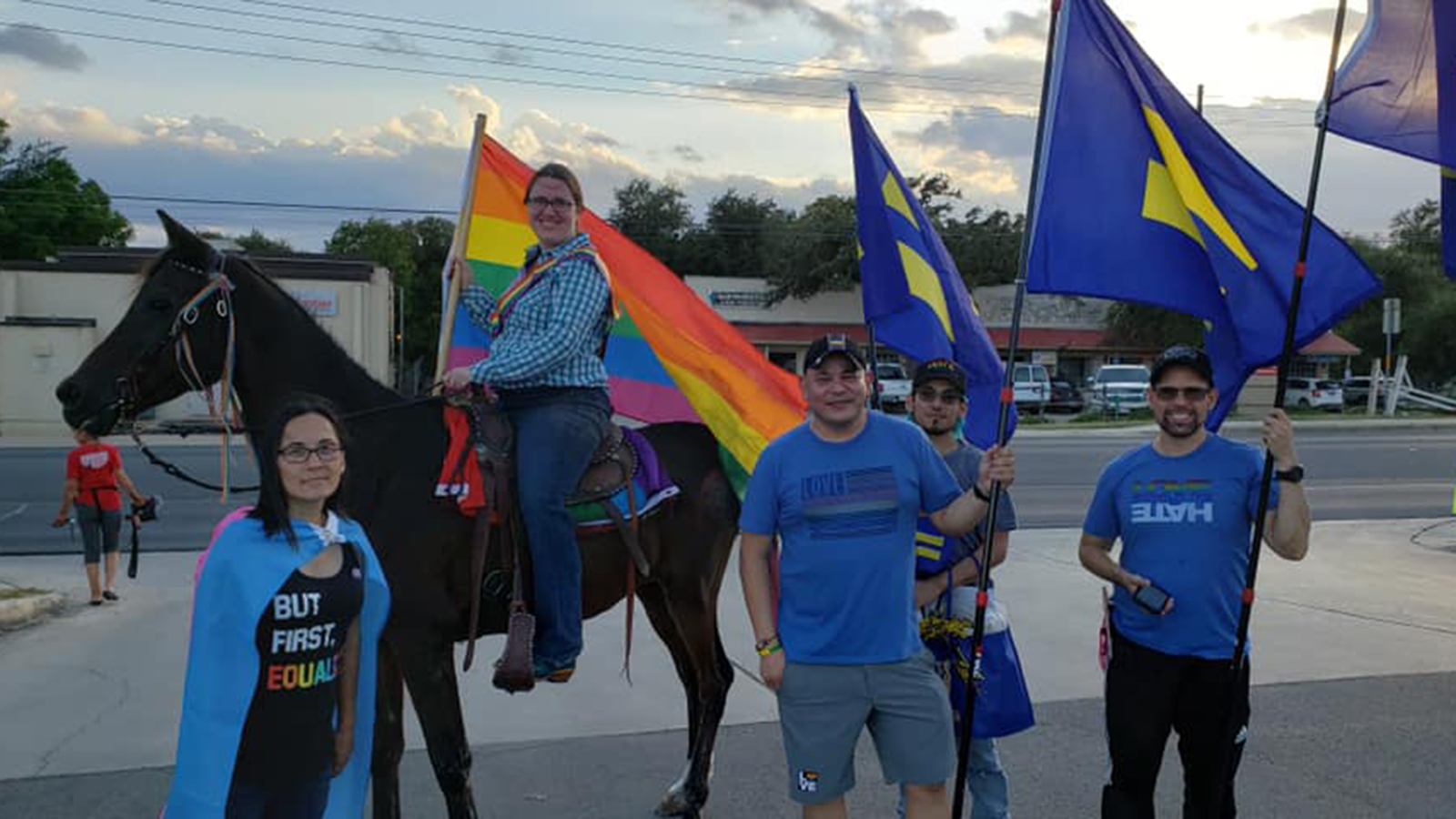 On September 21, the city of Wimberley held its first ever LGBTQ Pride Parade. HRC was proud to celebrate this inaugural and important event with the local LGBTQ community.

In an important step for visibility first, out bisexual Texas state Rep. Erin Zwiener marched as the first Wimberley Pride Grand Marshall. Since her election in 2018, Zwiener has proudly advocated for all communities.

Y’all, I was so honored to be the Grand Marshal in the First Annual Wimberley Pride! Over 650 people joined to march and celebrate our LGBTQ community. So proud of Wimberley! #wimbopride pic.twitter.com/IDlxU41O0J

Zweiner is a founder of the first-ever Texas LGBTQ Caucus, made up of members of the Texas House of Representatives. The caucus was started by five LGBTQ women early this year: State Rep. Mary González, Rep. Celia Israel, Rep. Jessica González, Rep. Julie Johnson -- and Zwiener. In October, the LGBTQ caucus will launch a multi-city tour of the state including Austin, El Paso and San Antonio.

In 2018, HRC deployed staff on the ground across the state to help elect Zweiner and other pro-equality candidates across Texas. Alongside its three permanent full-time staff in Texas and four local volunteer steering committees, HRC deployed 13 additional staff and organizers for a major get-out-the-vote effort across the state.

Heading into the 2019 Texas legislative session, there were 23 anti-LGBTQ bills filed. HRC worked with its partner organizations to mobilize voices for equality to speak out against these and other anti-LGBTQ proposed legislation. Through action alerts, e-alerts, digital ads, videos, text banks and phone banks, we engaged thousands of HRC members and supporters to defeat these bills.

For more about HRC’s work in the Lone Star State and how to get involved, visit hrc.org/Texas.