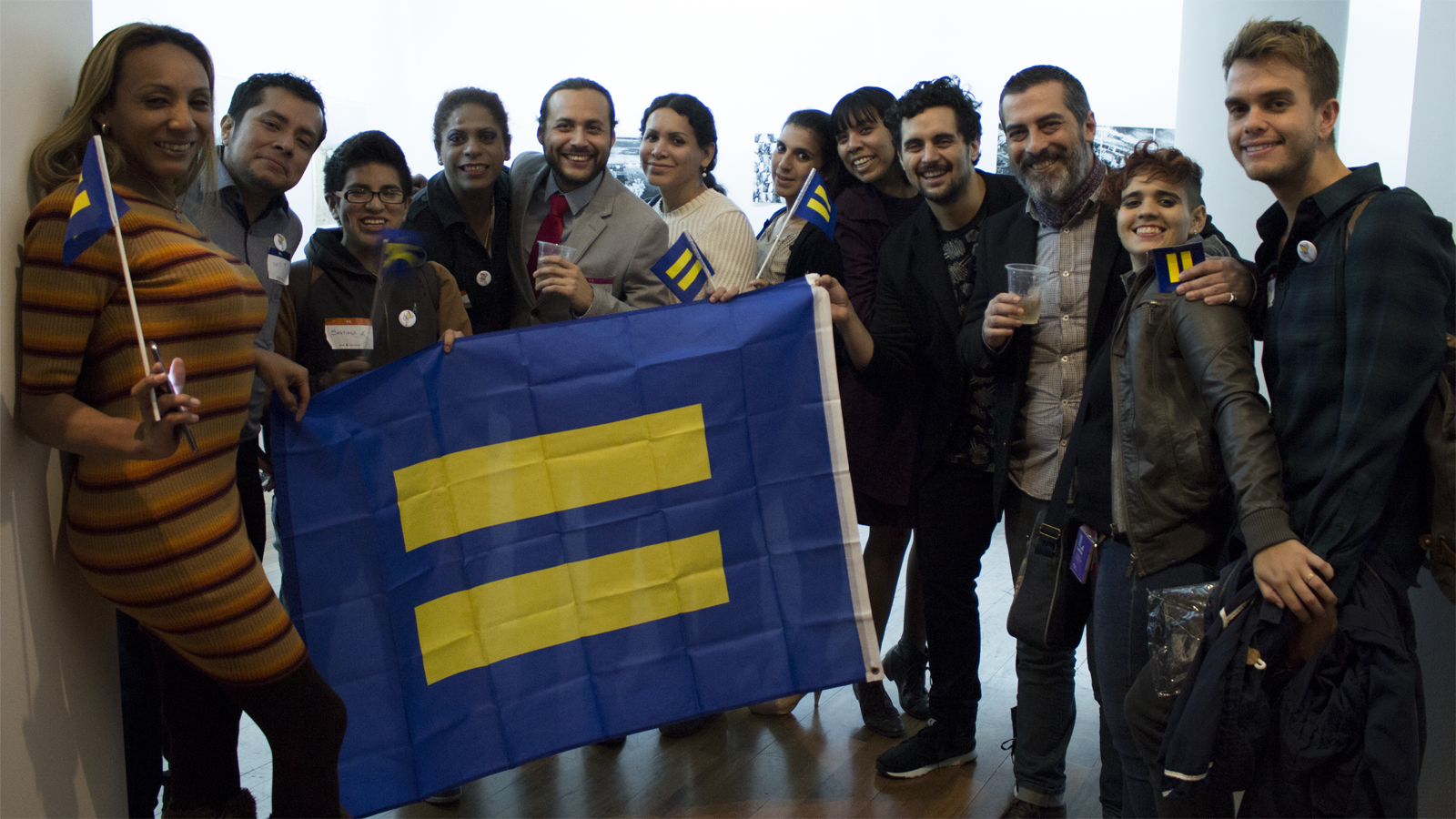 On June 28, Presente, a new LGBTQ organization in Peru, launched in Lima at an event sponsored by HRC through the Global Partnerships in Pride program. I am proud to be an HRC Global Innovator and the managing director of Presente, which seeks to change public perceptions of the LGBTQ community.

Attendees at the launch event at the Galeria del Instituto Cultural Peruano Norteamericano included Peruvian Congressman Alberto de Belaunde and the U.S. Ambassador to Peru Brian A. Nichols. Other sponsors of the event included the U.S. Embassy in Lima and multinational companies such as Marriott. Peruvian government officials, diplomats, corporate leaders, prominent cultural leaders and LGBTQ activists were among the 300 other guests at the launch event.

We are glad to have support from Peruvian political leaders like Congressman Belaunde in our work.

“While it is difficult to pass laws to protect LGBTQ people in Congress because of conservative opposition, the involvement of the private sector has been very helpful,” Congressman Belaunde said. “Presente is taking the right approach by including them in the fight for equality in Peru.”

Ambassador Nichols also sounded a note of encouragement, noting that in the U.S. it took “many years to achieve equality for LGBTQ people and activists worked very hard for it.” He added that the embassy looked forward “to collaborating to strengthen the LGBTQ movement in Peru and the bonds between our two countries.”

Currently, Presente is working to reduce the percentage of Peruvians that oppose legislation protecting the LGBTQ community. This is a monumental task that will require determined work over several years.

My experience at the Global Innovative Advocacy Summit earlier this year inspired me to create Presente. We look forward to collaborating with HRC as we move ahead with Presente’s work.