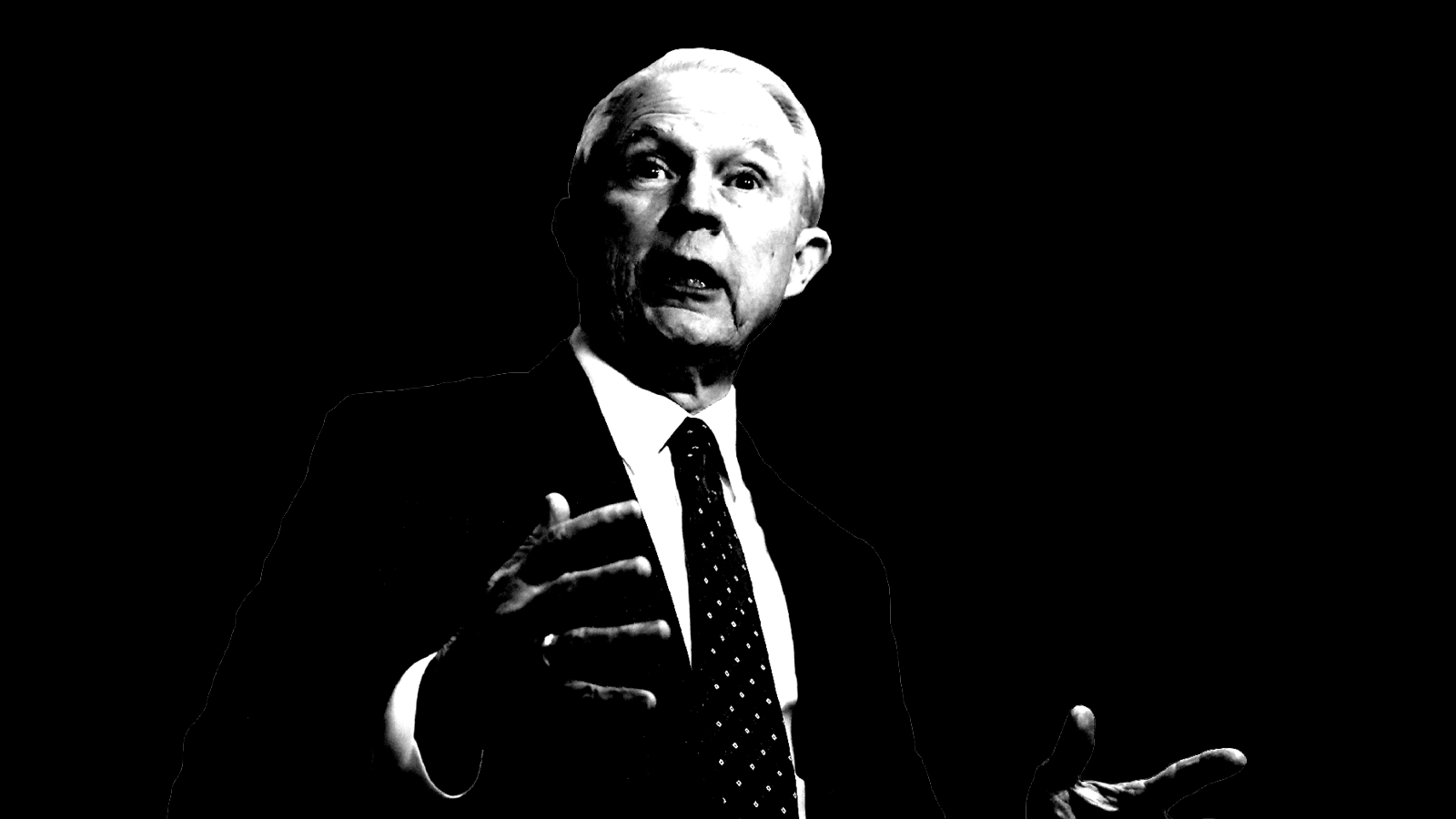 Today, HRC sent a Freedom of Information Act (FOIA) request to the Department of Justice (DOJ) calling for the release of all records related to the so-called “Religious Liberty Task Force” announced by Attorney General Jeff Sessions on July 30, 2018. HRC is demanding transparency from the DOJ, which has not provided details publicly on the activities of the task force, including how much it is spending, what it’s mandate and scope is, and who is on it.

Sessions announced the creation of the task force on July 30th at the U.S. Department of Justice standing alongside the anti-LGBTQ Alliance Defending Freedom (ADF) and their client, a Colorado baker who refused to serve a gay couple in violation of the state’s nondiscrimination law. It will be co-chaired by Acting Associate Attorney General Jesse Panuccio, who was an attorney in 2010 for supporters of Proposition 8, California’s same-sex marriage ban, and Beth Williams, Assistant Attorney General for the Justice Department's Office of Legal Policy.

The FOIA request was sent ahead of Sessions’ speech tomorrow at the ADF Summit on Religious Liberty.

“The American people deserve transparency about how much taxpayer money the DOJ is spending on this discriminatory so-called “task force,” said David Stacy, HRC Government Affairs Director. “We also deserve to know: who is on this task force? What is the scope of its mandate? Was this proposed by ADF or other anti-LGBTQ groups? It is important that the American people understand the process through which this task force was created and the involvement of anti-LGBTQ organizations like the Alliance Defending Freedom.”

This task force is the latest effort in an 18-month campaign by the Trump-Administration to license discrimination against LGBTQ people for so-called ‘religious’ reasons. Last year, Donald Trump issued an Executive Order directing Jeff Sessions to look across the federal government and assess ways in which the administration could license discrimination at government agencies. In January, the Department of Health and Human Services announced the creation of a so-called “Conscience” Division, empowering health care providers to discriminate against LGBTQ people. The Trump Administration has also proposed an accompanying rule that could permit health care providers--doctors, nurses, and even non medical support staff like receptionists--to deny even potentially life-saving care to LGBTQ people, women, and other vulnerable communities on the basis of the worker’s personal beliefs.

HRC has been chronicling the Trump-Pence Administration’s onslaught of attacks on the LGBTQ community here: hrc.org/trump.