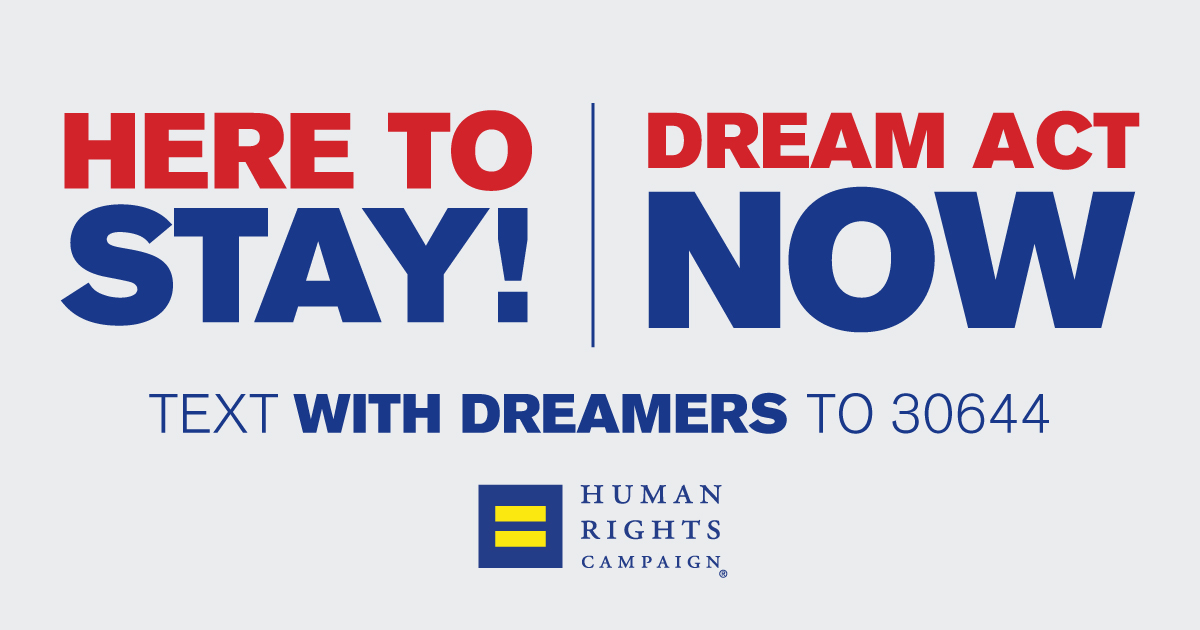 HRC issued the following statement in response to the continued failure of the Trump-Pence Administration and Congressional leadership to reach an agreement that protects the more than a million Dreamers in our country, including 75,000 LGBTQ young people:

“Dreamers are Americans. It’s disappointing that, despite some positive bipartisan efforts, the Senate has failed to pass legislation to protect them today.,” said David Stacy, HRC Government Affairs Director. “The overwhelming majority of Americans — 87 percent —across the political spectrum believe our leaders must pass the DREAM Act now. A bipartisan majority of the U.S. Senate agrees. Unfortunately, Donald Trump and Mike Pence have insisted on dangerous, anti-immigrant policies that severely restrict legal immigration. Make no mistake, today’s outcome was a direct result of the President’s action to end Deferred Action for Childhood Arrivals and the administration’s failure to provide leadership to find a solution and it will be millions of Dreamers, including 75,000 LGBTQ young people, who will pay the price.”

On Thursday, the Senate voted against all measures to pass protections that would have provided a path to citizenship for the more than a million Dreamers living and working in the United States, including 75,000 LGBTQ young people. This included a deal reached by a bipartisan group led by Senators John McCain (R-AZ) and Chris Coons (D-DE), which the Human Rights Campaign supported in an effort to protect the status of all Dreamers.