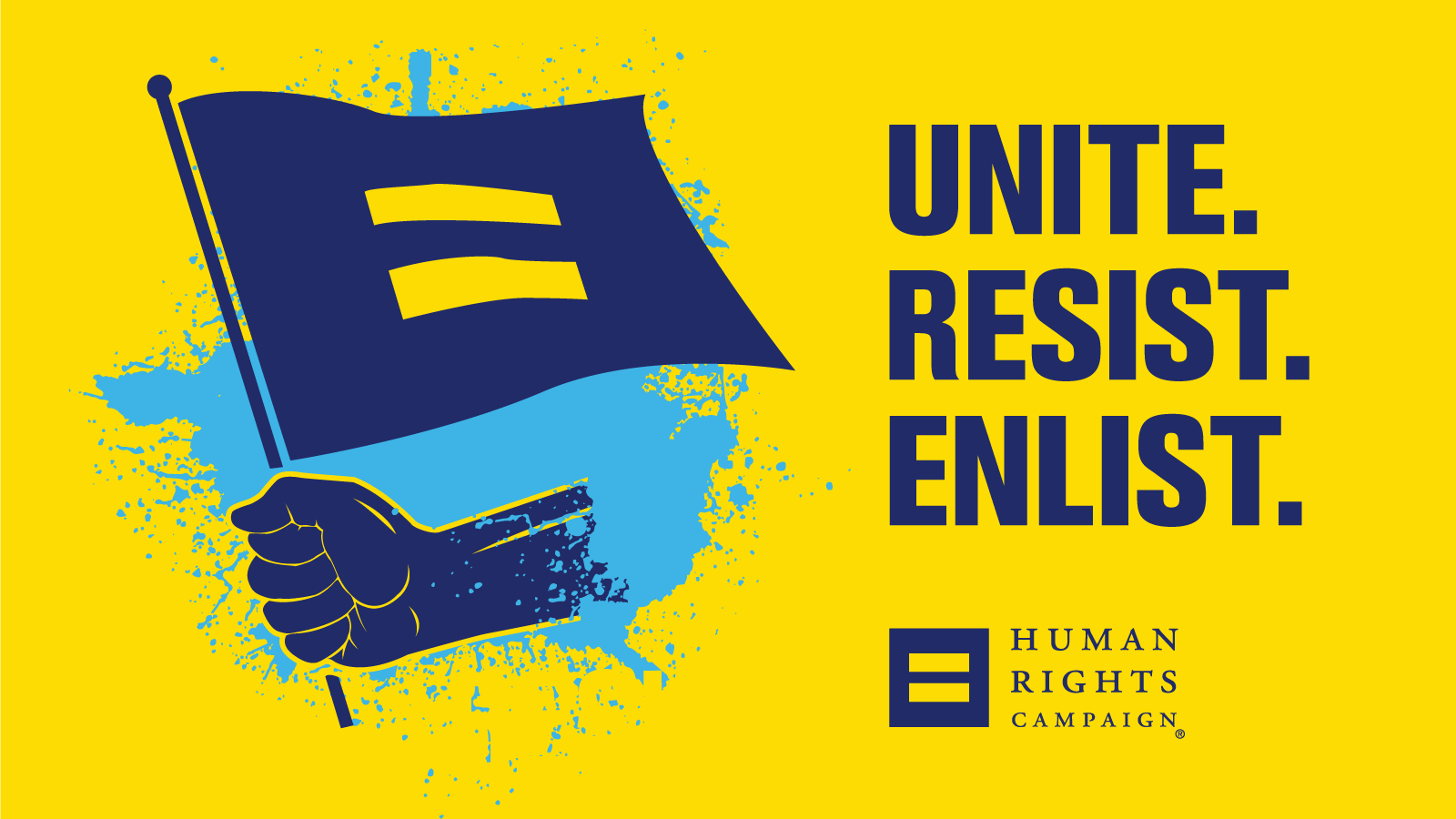 HRC launched a nationwide summer of action anchored by more than 250 grassroots events from coast to coast. The theme of these events -- “Unite. Resist. Enlist.” -- reflects the goal of HRC’s summer of action: to empower and mobilize millions of equality voters to fight back against attacks that undermine the LGBTQ community.

As part of the summer of action, HRC staff and thousands of volunteers will be fanning out to lead more than 250 local events in more than 45 states, Puerto Rico and the District of Columbia. They will register thousands of new voters, host grassroots advocacy trainings, and step up visibility and outreach at LGBTQ Pride parades, equality marches, festivals and other events.

“Through his hateful rhetoric and dangerous policies, Donald Trump has awakened a sleeping giant. Never before have Americans been more eager to participate, to advocate and to fight back. Instead of dividing us, he has unified us. And it is our responsibility as advocates to keep that momentum alive, and keep the pressure on,” said HRC President Chad Griffin. “During this historic Summer of Action, HRC’s grassroots army will help harness the full power of our democracy to unite, enlist and resist.”

During the weekend of June 10 & 11, which coincides with the June 11 National Equality March in Washington and the #ResistMarch in Los Angeles, HRC will hold a Weekend of Action at events coast to coast. HRC is supporting both marches and will host an Action Center at Washington, D.C., headquarters, where volunteers and visitors will be able to engage in direct action, from grassroots advocacy training and writing letters to elected officials, to unique social media opportunities. For supporters outside Washington, D.C., HRC will create online training and other opportunities to participate in the weekend’s events.

“When any American’s rights are under threat, all our rights are threatened. We are LGBTQ, and we are also people of color and of different faiths. We are immigrants and dreamers, parents, allies and people with disabilities. But most of all, we are American,” said Brian Pendleton, Founder of #ResistMarch. “On June 11, we will be marching in unity with HRC and thousands of others who believe that America’s strength is its diversity, and that together we can and will #Resist forces -- including in our own government -- seeking to deny us our hard-won human rights.”

This historic effort comes as HRC is ramping up efforts to resist the Trump Administration’s rollback of LGBTQ equality and the annual onslaught of anti-LGBTQ state legislations across the nation. So far this year, HRC and major state partners have battled more than 130 anti-LGBTQ bills introduced in 30 states; to date, seven of those bills have been signed into law. The summer of action will also help lay groundwork for HRC’s efforts to go on offense in key states ahead of the 2018 midterm elections.

HRC has also joined a broad coalition of progressive organizations in Equality Florida’s #HonorThemWithAction campaign to pay tribute to the 49 people -- most of them LGBTQ and Latinx -- whose lives were taken at the Pulse nightclub shooting in Orlando, and is supporting related community events.

“On June 12, 2016, our community was rocked with shock, disbelief and anger by the Pulse nightclub massacre that claimed the lives of 49 Latinx and LGBTQ people. In the year since, a deep resilience has emerged from the survivors, the victims' loved ones, Orlando residents and leaders, and LGBTQ people and our allies all across the country and around the world,” said Equality Florida Executive Director Nadine Smith. “Our #HonorThemWithAction nationwide campaign is a call to action for our society to address and combat hate violence and pledge to uproot hate and bigotry of all kinds as we commemorate the 49 lives taken from us one year ago. We welcome HRC's continued partnership in this effort.”