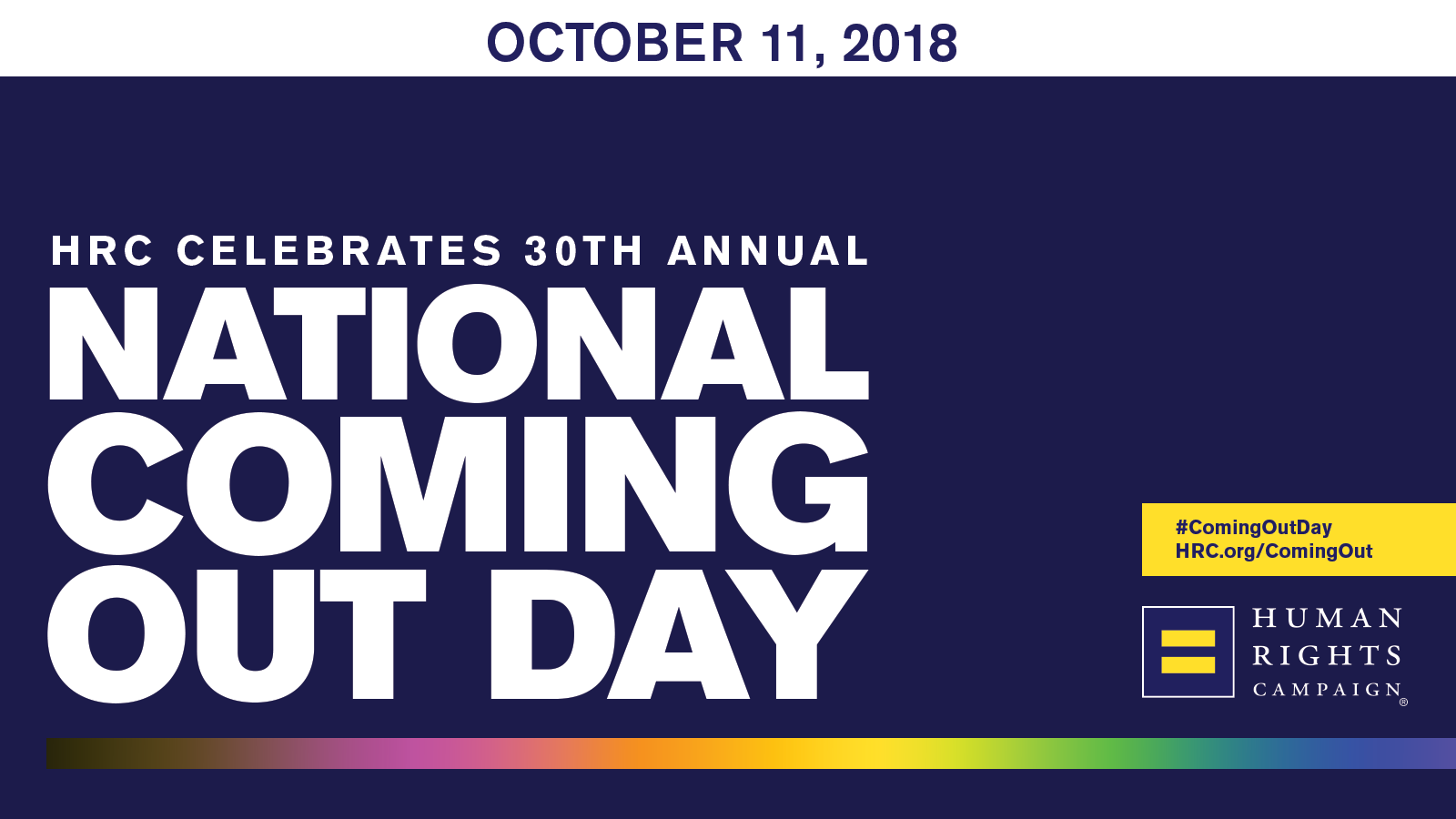 Ahead of the 30th anniversary of National Coming Out Day (NCOD) next Thursday, October 11, HRC is launching a powerful new digital campaign highlighting inspirational stories of celebrities and influencers who have come out over the past year, including singer Janelle Monáe, actress Josie Totah, soccer player Colin Martin, singer Kehlani, actress Tessa Thompson, musician Brendon Urie, model Reece King, and many more. NCOD is an opportunity to emphasize the importance of coming out and creating a safe world in which LGBTQ people can live openly as their authentic selves.

HRC launched the campaign this week with videos and graphics featuring the powerful coming out stories of Janelle Monáe, Bex Taylor-Klaus, and Alyson Stoner, and the organization will continue sharing coming out stories from the past year throughout the next week. Additionally, HRC will mark the actual anniversary on October 11 with major coming out moments of the last three decades.

“Coming out can be one of the most courageous acts an LGBTQ person makes, and that courage is inextricably tied to our continued progress toward full equality,” said HRC President Chad Griffin. “Visibility matters, and research shows that when people know someone who is LGBTQ, they are far more likely to support full equality under the law. Coming out and sharing our stories is essential to advancing LGBTQ equality and fighting back against attempts to turn back the clock on our progress.”

The HRC Foundation — the educational arm of HRC — has launched several resources available to encourage and support individuals in their coming out journey, including the organization’s latest guide, Coming Out: Living Authentically as LGBTQ Asian and Pacific Islander Americans. HRC's additional coming out tools include resources on coming out in communities of faith, among different racial and ethnic identities, in the workplace and to one's doctor, and a variety of other contexts. Visit hrc.org/comingout for more information.

With the Trump-Pence administration’s onslaught of attacks on LGBTQ equality, it’s as important as ever to recognize the power of coming out and ensure the voices of the LGBTQ community are heard — especially at the polls. With only 33 days until Election Day, HRC is working harder than ever to mobilize more than 10 million LGBTQ voters and 52 million “Equality Voters” to #TurnOUT in November. Last year, HRC announced a coast-to-coast campaign to mobilize these voters for the midterm elections called HRC Rising, which represents the largest grassroots expansion in the organization’s 38-year history.