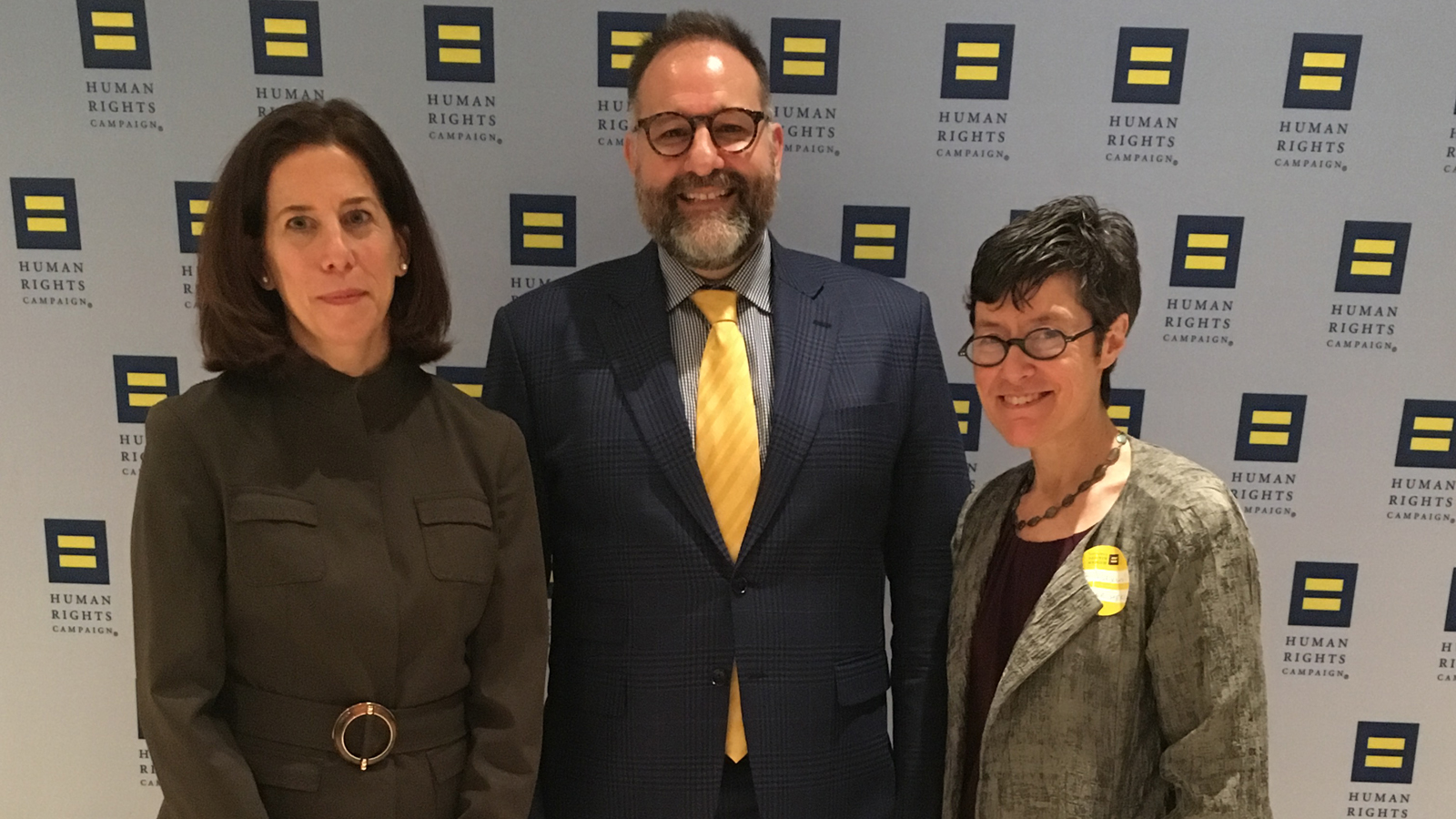 Last week, HRC hosted a reception to welcome Clifton “Clif” Cortez as the World Bank’s first Advisor on Sexual Orientation and Gender Identity (SOGI). HRC, along with a number of other advocacy groups, played a key role in advocating for the creation of this position.

“We are so gratified that the Bank has taken this step to protect and defend the human rights of LGBTQ people wherever the Bank does its work,” Mary Beth Maxwell, HRC Foundation’s Senior Vice President for Programs, Research and Training, said at the event.

In this newly created position, Cortez will work to ensure that LGBTQ people are included in Bank activities. He will also serve as a liaison to LGBTQ groups. For example:

Cortez brings more than 20 years of professional experience to this position. He has worked at the United Nations Development Programme and at USAID, where he focused on health, HIV, sustainable development and the intersection of SOGI and development.

In his remarks, Cortez thanked HRC and laid out some of the key initiatives he plans to work on, particularly focusing on data and research.

“LGBTI people are currently invisible to government decision-makers and other policy leaders because of a dire lack of data,” he said.  “Data is necessary to provide texture and a clear narrative (about the experiences of LGBTI people)”

The event also featured remarks from Anna Wellenstein, the Director of Strategy and Operations at the World Bank’s Social, Urban, Rural and Resilience Global Practice.

“The World Bank understands that sexual and gender minorities are particularly important to our work,” Wellenstein said. “I am happy that the Bank has hired its first-ever Sexual Orientation and Gender Identity Advisor, Clifton Cortez.”

HRC was honored to celebrate this great achievement and looks forward to working with Cortez and the Bank to continue advancing and protecting the human rights of LGBTQ people in the countries where the Bank operates.