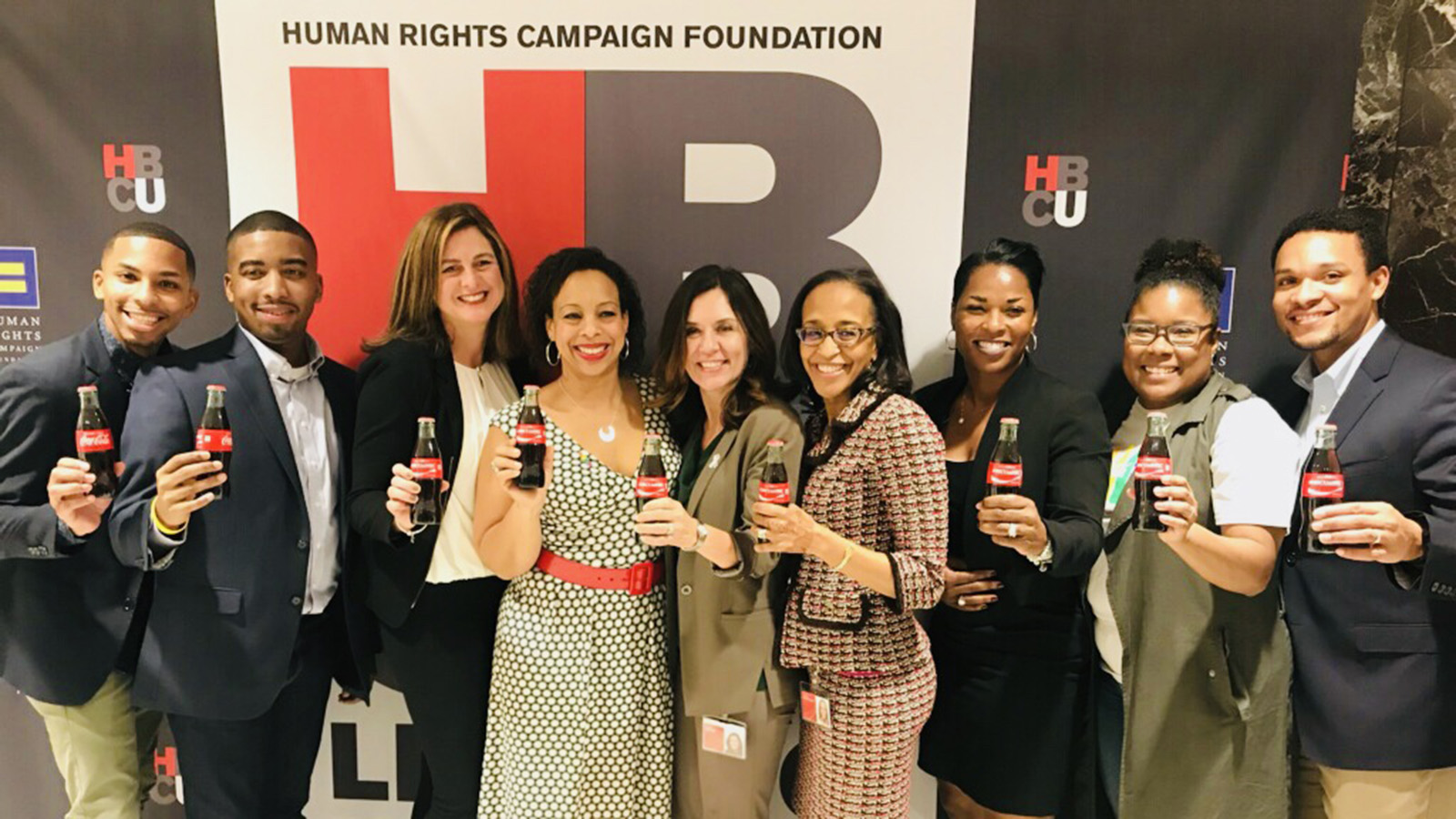 The HRC Foundation this weekend welcomed student activists from Historically Black Colleges and Universities (HBCUs) for a three-day leadership summit designed to foster campus environments that are welcoming and affirming to LGBTQ people.

“We were thrilled to welcome these student leaders to the 13th annual HRC Foundation HBCU Leadership Summit,” said Leslie Hall, Associate Director of HRC’s HBCU Program. “The dedication of these fierce advocates is inspiring and we’re excited that they’re returning to their campuses with a renewed commitment to fighting for equality and inclusion. I am truly excited that we had the opportunity to come together, learn from each other and increase our strength as advocates for the LGBTQ community.”

Karamo Brown, co-host of the hit Netflix series Queer Eye, helped launch a partnership between HRC and HBCU Buzz, the premier news site covering HBCUs, dedicated to creating the first-ever LGBTQ HBCU Alumni Network. Through this partnership, HRC will engage LGBTQ students within the HBCU community to create an HBCU LGBTQ ombudsman, increase campus collaborations with student-driven associations, and produce a biweekly HBCU HRC column filled with HRC opportunities for both students and alumni. Brown, an alumnus of Florida A&M University, will serve as an ambassador to the program. To join the network, click here. Ryan Swain of “Pose,” and Amiyah Scott from “Star” were also featured as keynote speakers.

The HRC Foundation’s HBCU Program empowers LGBTQ students to be change-agents on their HBCU campuses and in their communities, and trains them to lead effectively through the intersections of race, religion, gender identity, class and sexual orientation. At this 13th annual summit, participants developed leadership skills in the key areas of self-awareness, awareness of others, courageous actions and collaboration to advocate for LGBTQ equality and other social justice issues. Sessions covered topics including the intersection of race and sexual orientation, mental health and wellness, policing and the Black community, inclusive leadership and harnessing political power.

HRC’s HBCU Project was founded to support LGBTQ students at HBCUs by providing resources and trainings to advance affirming and supportive college campuses. The program is supported by The Coca-Cola Foundation. For more information about HRC’s HBCU Project, visit http://www.hrc.org/blog/topic/hbcu.