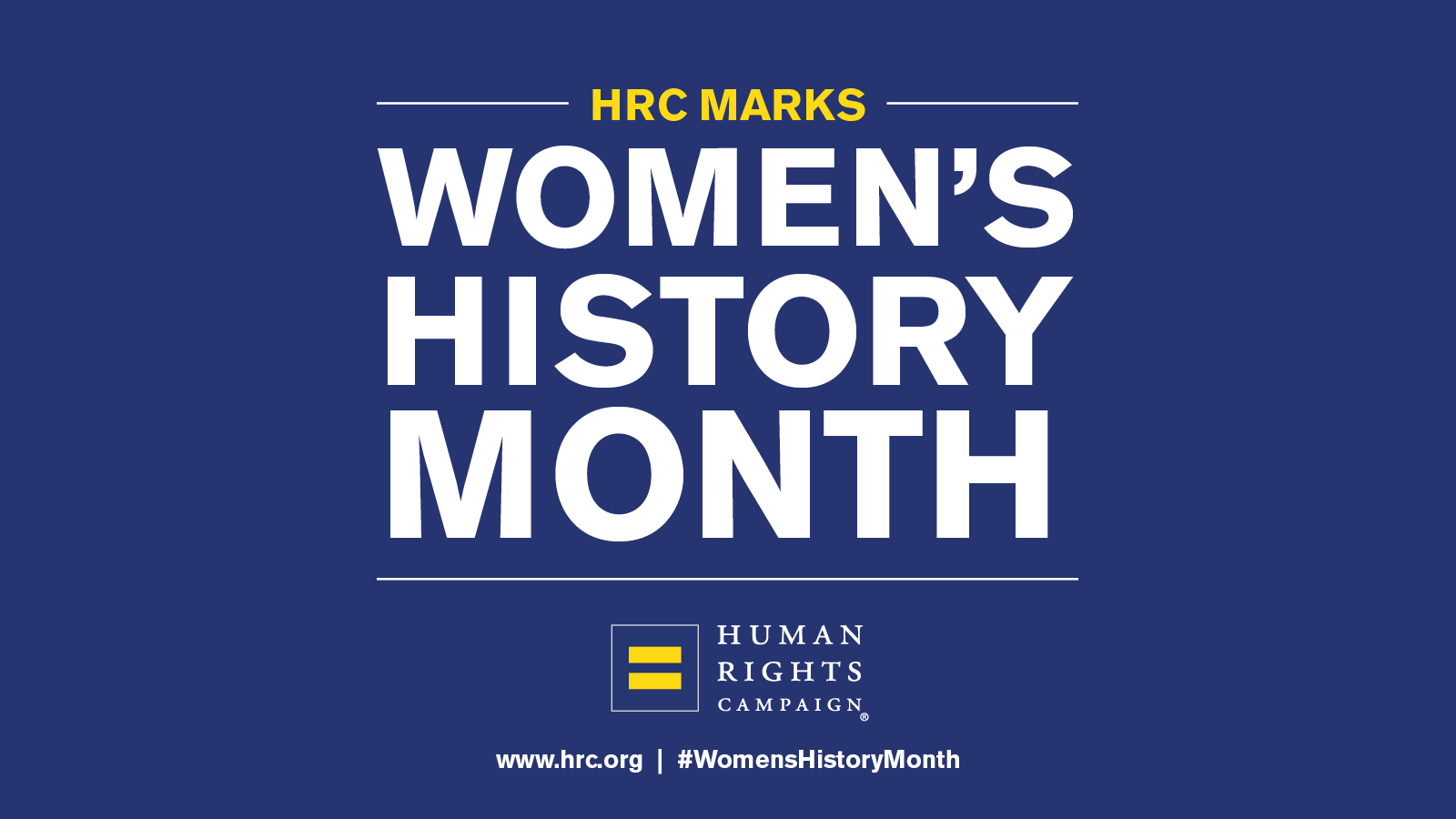 In honor of Women’s History Month, HRC will commemorate pioneers who made significant strides towards equal rights for women and the LGBTQ community.

During these uncertain times, this month serves as a poignant reminder that when women stand up against the status quo, the resistance can lead to monumental change in society.

Just as essential to the fight for equal rights are LGBTQ allies including Hillary Clinton, Sen. Kamala Harris, Ruth Bader Ginsburg, Dolores Huerta, Janelle Monae, Meryl Streep and Sen. Elizabeth Warren. They have made it their mission to speak up and advocate for a more just nation.

The Women’s March, which HRC was proud to sponsor, demonstrated what happens when a government tries to roll back the basic human rights of women, minorities and the LGBTQ community. Progressive partners from around the country locked arms in the name of fairness, equality and justice. Millions let their voices be heard, and have been turning that energy into sustained political action.

Stay tuned as HRC honors Women's History Month and renews our commitment to making the world a better place for girls and women everywhere.