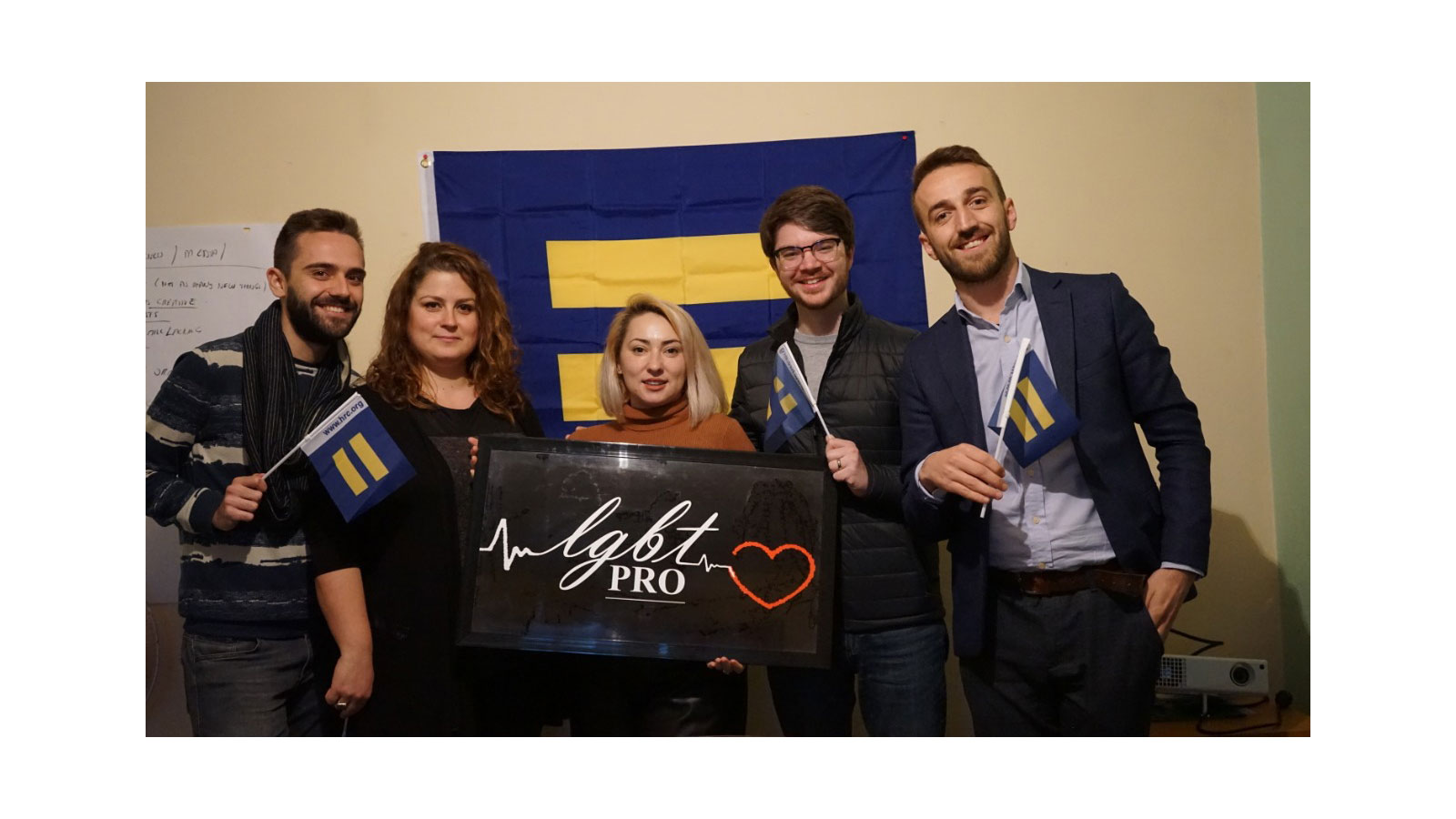 Last October, HRC Global welcomed Sidita Zaja, an activist and executive director of United Pro LGBT in Albania.This past February, I traveled to Albania to work with Zaja and community advocates in support of their campaign for LGBTQ acceptance and supportive policies.

Albania is a small, largely mountainous country on the Mediterranean coast of Eastern Europe’s Balkan Peninsula. It has a rich history, oscillating from Ottoman rule to occupation by Fascists, then a lengthy period of self-imposed isolation and communism. Its language is unique in the region, and it is considered one of the most secular nations. This history and culture has defined the lives of Albania’s LGBTQ citizens.

While Albania decriminalized same-sex sexual relations and adopted some protections against hate crimes and discrimination on the basis of sexual orientation, there are significant challenges to enforcement. For many LGBTQ activists, despite often low levels of public acceptance and difficult economic conditions, there are immediate opportunities to achieve progress, build support and make a real difference in the lives of LGBTQ people.

In my visit, I saw a close-knit community that was committed to making change and remarkably united in its goals. Meeting with Zaja and other LGBTQ advocates, I shared the history of the LGBTQ movement in the U.S. and the lessons we’ve learned.

First day of Workshop for Pride Campaign 2020 in Albania with@taylorntbrown from @HRC, who is sharing, learning and collaborating with #HRCGlobalFellows & LGBTQ advocates as they expand their movement for equality and human rights. pic.twitter.com/IdJZywu9KB

During my time there, I met with HRC’s allies and institutional partners, toured the facilities of Albania’s first shelter exclusively for LGBTQ people and showed HRC’s support at this year’s Miss Trans Albania 2020 contest.

It is through this work--when we are on the ground and engaging firsthand with community members--that HRC Global connects movements across borders. Through this all, we are providing support and guidance for LGBTQ advocates, and learning from these advocates as well. Our time working together strengthens our collective movements and gives me great hope for the future.

This collaboration was made possible by the U.S. Department of State's Professional Fellows Program and with the support of GLCAP.