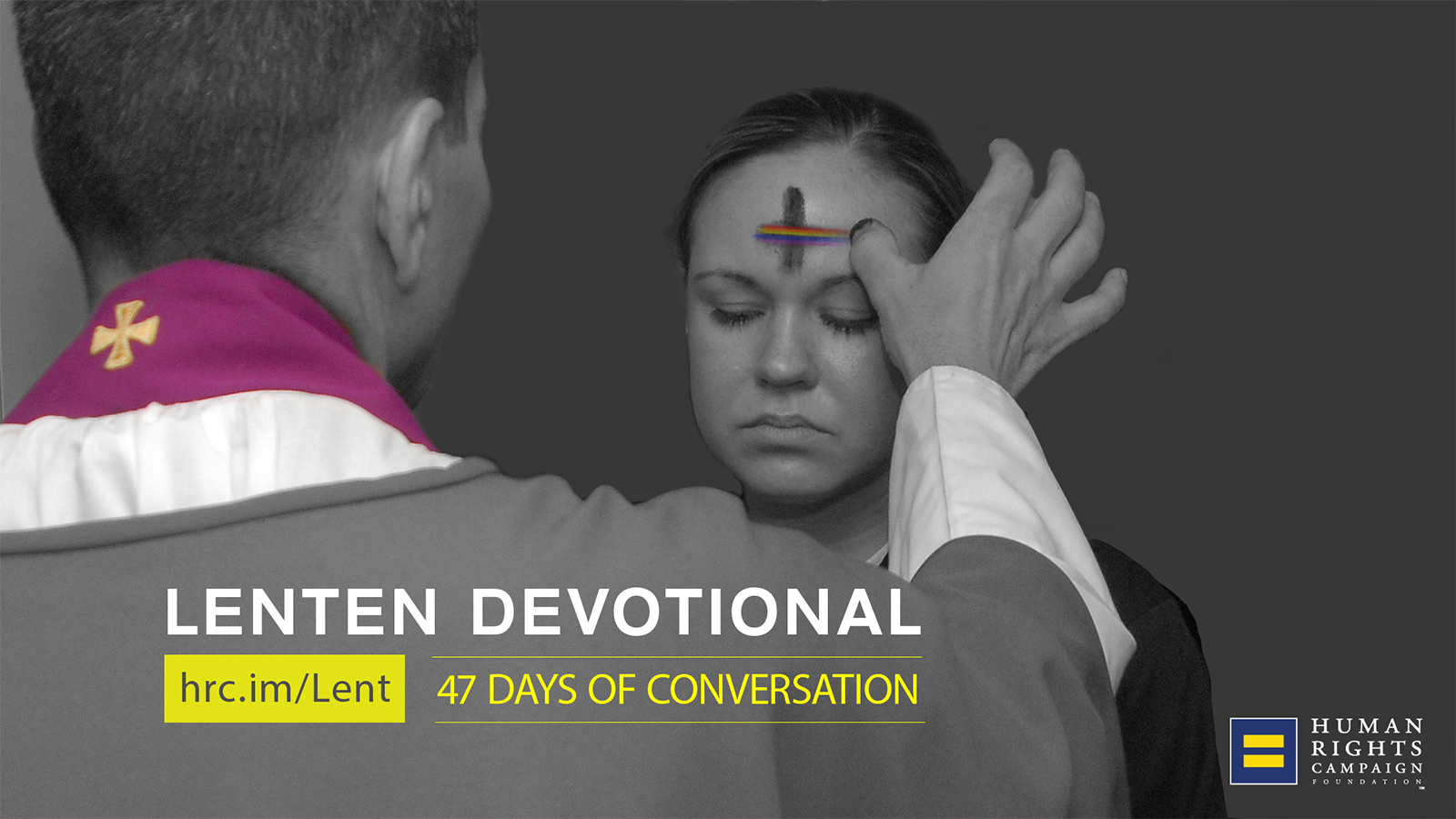 The Lenten Devotional campaign is being led by The Reverend Dr. J. Edwin Bacon, an author, Episcopal priest, and frequent guest on Oprah’s Soul Series whose faith informs his acceptance of LGBTQ people. For the next 47 days, HRC will share devotionals from faith leaders, LGBTQ people and allies. These stories will be posted on the HRC website and on Twitter and Facebook.

“I'm honored to be a part of this campaign, and to be working with HRC on this important topic,” said Rev. Edwin Bacon. “A central and inspiring part of my ministry has been working to make sure the institutional church -- and religion in general -- are affirming and inclusive of LGBTQ persons. I am a more joyful and faithful priest because of that part of my work.”

“HRC’s Lenten Devotional campaign celebrates the ways in which religion and faith unite us -- in our churches and in our communities,” said Ashland Johnson, HRC’s Director of Public Education & Research. “Through these reflections on individual journeys of faith, love, acceptance and understanding, these faith leaders show us that being a person of faith does not preclude you from supporting LGBTQ equality. In fact, it inspires you to do so.”

Find out more about the campaign here: http://hrc.im/Lent

People look to their faith as a source of guidance and inspiration – and LGBTQ people and our family and friends are no different. The HRC Religion and Faith Program is working to create a world where nobody is forced to choose between who they are, whom they love and what they believe. Thanks in part to this work, more and more faith communities aren’t simply engaging in dialogue around LGBTQ equality, they’re leading the conversation. They do this work not in spite of their religious beliefs but because of them.