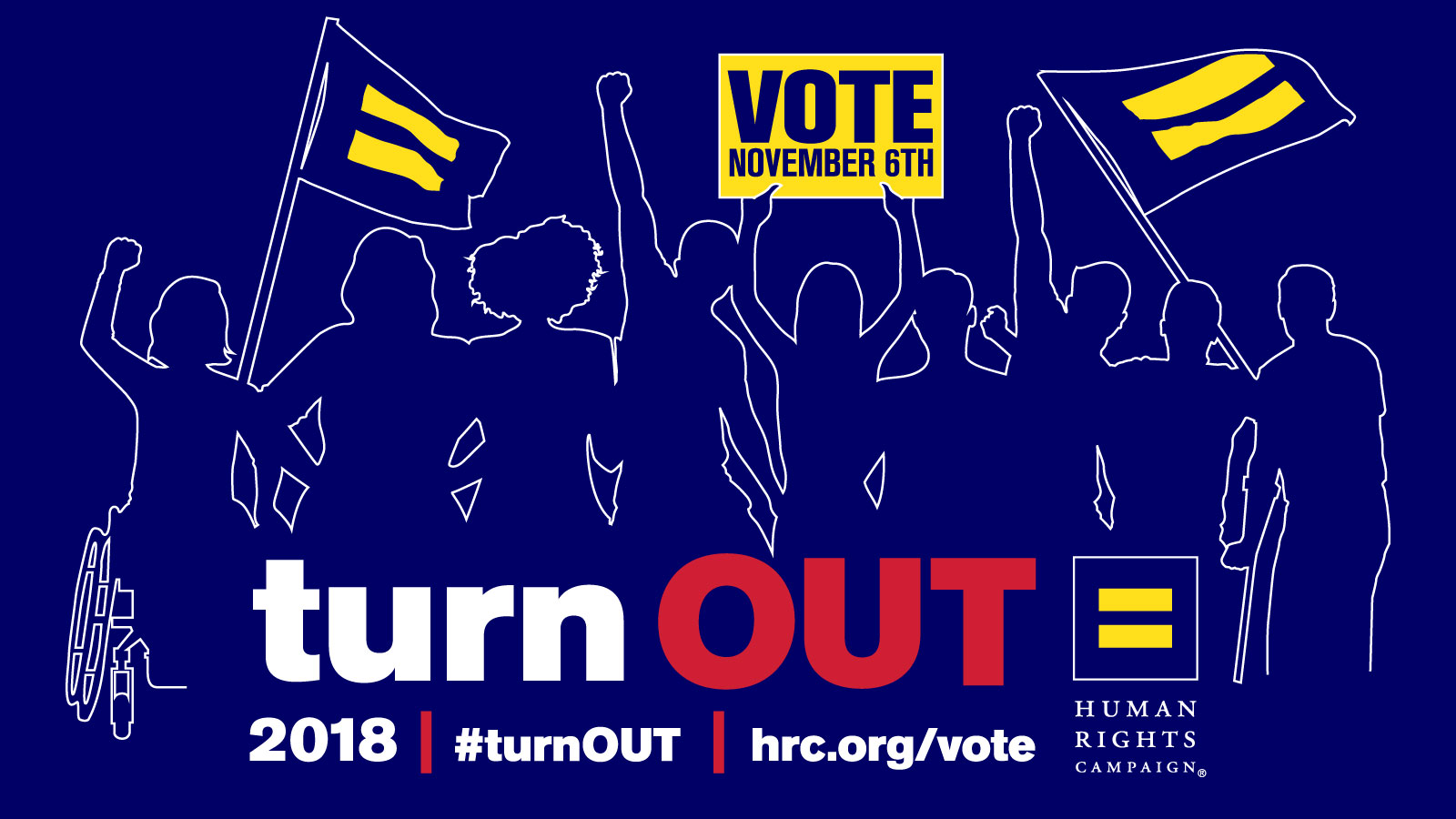 This weekend, with less than 25 days until Election Day, HRC, is launching a National Weekend of Action to mobilize voters for the critically important midterms. With early voting already underway in many locations, HRC will be engaging voters at nearly 1,000 #TurnOUT the vote events across the country in 69 congressional districts.

Spearheaded by HRC’s on-the-ground staff and 32 local volunteer steering committees across the country, HRC’s National Weekend of Action will work to #TurnOUT the vote for HRC-endorsed candidates up and down the ballot through phone banks, canvassing, early vote rallies, and more. With more than 140 staff deployed around the country, HRC has already had more than 2,600 volunteers complete nearly 14,500 volunteer hours, trained more than 1,550 local advocates, and helped more than 33,400 people register to vote. Volunteers can find local opportunities to help turn out the vote by entering their zip code here.

“All across the nation, never before have Americans been more engaged, energized, or ready to turn resistance into action,” said HRC President Chad Griffin. “For more than a year, HRC has been engaged in our largest grassroots expansion as we work to turn out millions of Equality Voters in crucial battleground states. Our National Weekend of Action builds on that unprecedented mobilization effort as we sprint toward the finish line and work to pull the emergency brake on the Trump-Pence administration this November.”

For more than a year, HRC has been on the ground building support for pro-equality candidates with priority investments in six key states — Arizona, Michigan, Nevada, Ohio, Pennsylvania and Wisconsin — and in nearly 70 congressional districts nationwide. The critically important work is a part of coast-to-coast campaign to mobilize voters for the midterm elections called HRC Rising, which represents the largest grassroots expansion in the organization’s 38-year history.

The estimated 10 million LGBTQ voters across the nation have proven to be one of the most important voting blocs in the nation. And with support for LGBTQ equality at historic heights, HRC has used sophisticated analytics to identify and mobilize 52 million “Equality Voters” nationwide who support LGBTQ-inclusive policies including marriage equality, equitable family law, and laws that would prohibit discrimination on the basis of sexual orientation and gender identity.

The immense power of LGBTQ voters and allies has been proven time and time again in recent years, including during the challenging 2016 cycle.  In a watershed moment for the LGBTQ community, North Carolina Governor Pat McCrory was the only incumbent governor of either party to lose re-election and the only incumbent governor to lose re-election in North Carolina’s history — in large part due to his  discriminatory, anti-LGBTQ HB2 law. The power of Equality Voters was also made crystal clear in 2017 when a wave of pro-equality and openly LGBTQ candidates were elected in states across the country. In Alabama, HRC-endorsed candidate Doug Jones claimed a historic victory over his opponent — the notoriously anti-LGBTQ politician Roy Moore. In Virginia, voters sent a resounding message rejecting the politics of hate and fear by electing pro-equality candidates up and down the ballot.