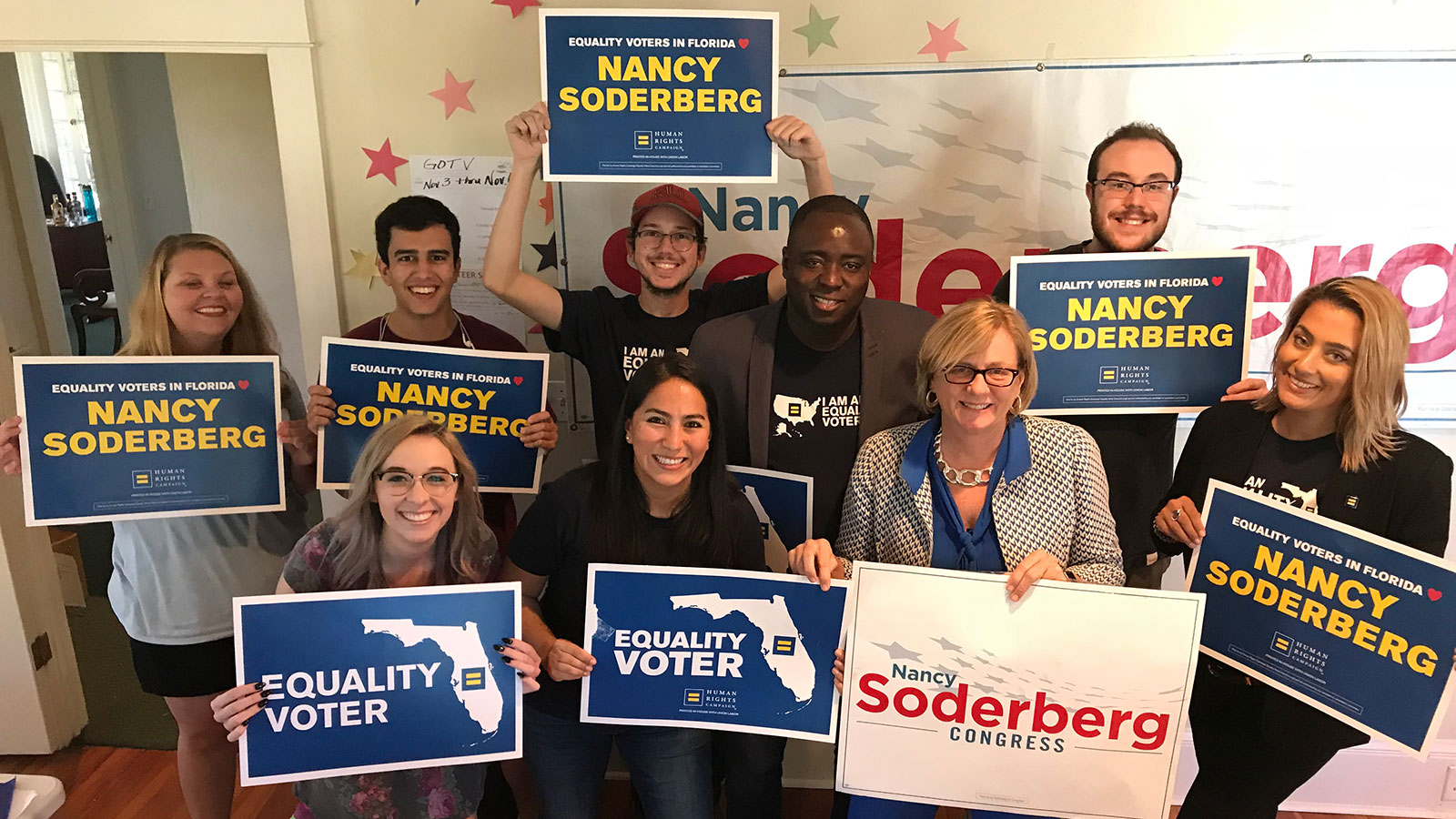 HRC announced its endorsement of Nancy Soderberg (D) in her bid to represent Florida’s 6th Congressional District at a press conference in Daytona Beach, Florida. HRC is working to mobilize more than 3.2 million LGBTQ and “Equality Voters” across the state of Florida for pro-equality candidates up and down the ballot.

“With more than three decades of experience serving our nation in critical roles, Nancy Soderberg has worked to promote democracy and advance human rights around the globe,” said HRC Director of Strategic Initiatives Ben Needham. “A proven leader with a strong commitment to public service, Nancy is the clear choice for fair-minded Floridians who want a bold leader that will put people ahead of politics and move equality forward. HRC is proud to endorse Nancy Soderberg, and we look forward to working closely with her in Congress to advance LGBTQ equality.”

"I’m honored to be endorsed by HRC,” said Nancy Soderberg. “As a U.S. Ambassador, I fought for human rights around the world. The constant threats to the LGBTQ community in 2018 are deeply unsettling. Every person in this country, regardless of gender identity or sexual orientation, deserves to be treated with dignity and respect. In Congress, I’ll fight for true equality for all people, no matter who you love or what you look like.”

With over 30 years of experience in public service and foreign policy, Ambassador Nancy Soderberg has served in the White House, the United Nations, the United States Senate for former U.S. Senator Ted Kennedy, and on four presidential campaigns. She also has senior level experience in the nonprofit field and has a deep understanding of policy-making and negotiations at the highest level of government and the United Nations. If elected to Congress, Soderberg would help to advance the Equality Act — crucially important federal legislation that would finally add clear, comprehensive non-discrimination protections for LGBTQ people to our nation's civil rights laws.

Across the state of Florida, HRC has identified more than 3.2 million “Equality Voters” — meaning they are strong supporters of progressive LGBTQ policies including marriage equality, equitable family law, and laws that prohibit discrimination on the basis of sexual orientation or gender identity. Last year, HRC announced a coast-to-coast campaign to mobilize these voters for the midterm elections called HRC Rising, which represents the largest grassroots expansion in the organization’s 38-year history.