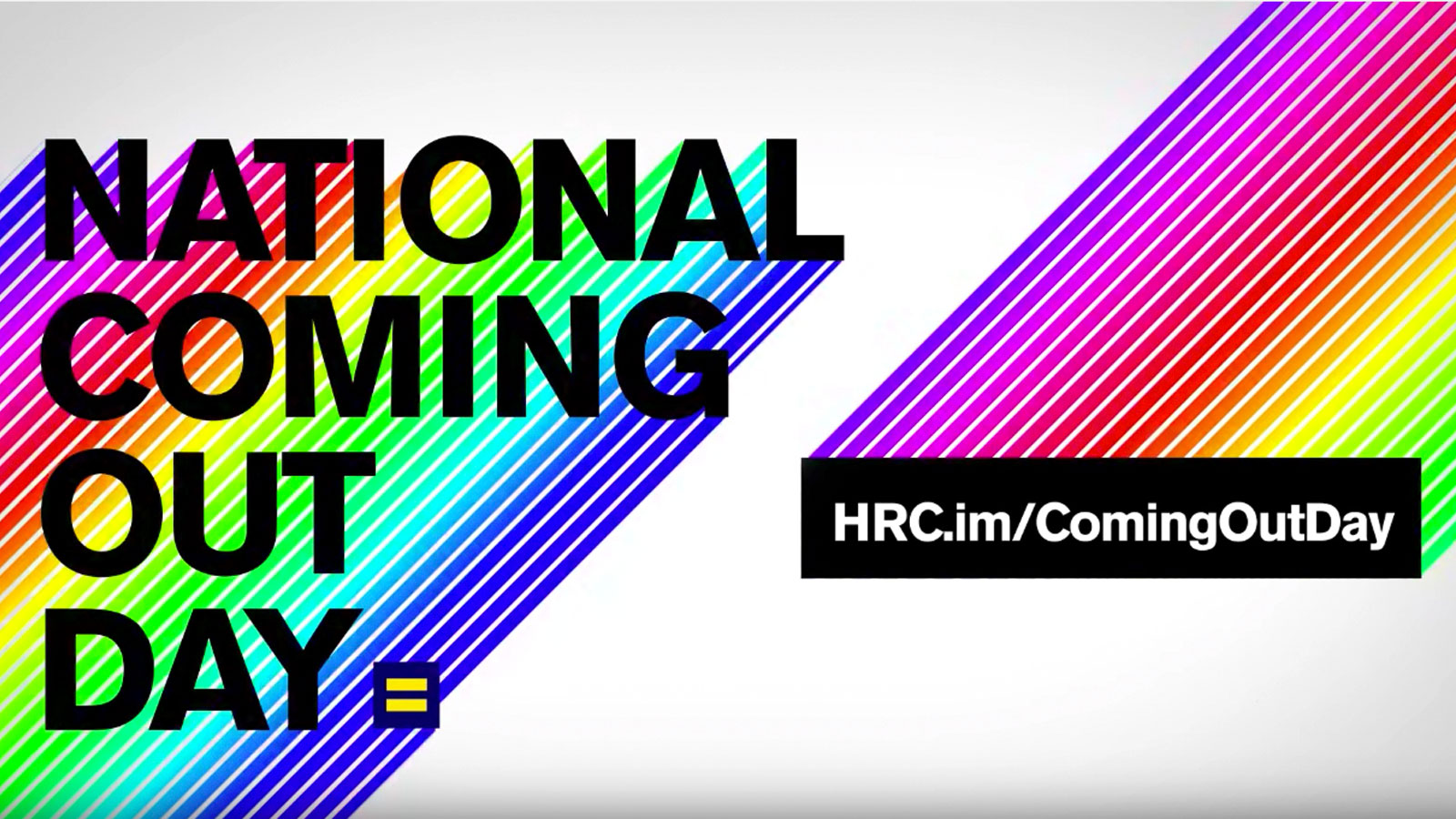 Today HRC is celebrating the 29th annual National Coming Out Day (NCOD) with the release of a powerful new video highlighting the inspiring coming out stories of fifteen prominent celebrities and activists -- including actress Sara Ramirez, Jay-Z’s mom Gloria Carter and WNBA star Sue Bird. HRC is also featuring individual videos of Ramirez, Carter and Bird, as well as singer Lauren Jauregui; actor, model and musician Daniel Newman; actor Keiynan Lonsdale; singer Jake Zyrus; and actress Natalie Morales. Finally, HRC is marking the day with the release of updated editions of its Coming Out Guides in both English and Spanish.

“Coming out is one of the most courageous acts any LGBTQ person makes, and on this National Coming Out Day that courage remains essential to our continued progress toward full equality,” said HRC President Chad Griffin. “As LGBTQ people across the nation and around the world continue to come out, opposition to equality will continue to crumble. Sharing our stories is a key way each of us can fight back against attempts to turn back the clock on LGBTQ equality.”

In a powerful, personal piece for The Los Angeles Times in 2014, Griffin told the story of the coming out letter he wrote to his father -- and, regrettably, never sent. “My dad passed away almost exactly four years ago -- 10 years after I first started writing that letter,” Griffin wrote. “I wish I could say I just forgot to send it. But the fact is, I never had the courage.”

This year, it’s more important than ever to recognize the power of coming out -- and for HRC’s more than three million members, supporters, volunteers and activists to use the power of their voices and stories to  defeat attacks on our progress toward equality and secure protections for LGBTQ people in states and communities across the nation. This summer, HRC launched HRC Rising, the largest grassroots expansion in our 37-year history to resist the politics of hate, fight anti-LGBTQ legislation and fuel pro-equality candidates and initiatives. HRC Rising represents the opening of another front in HRC’s fight against the Trump-Pence agenda, targeting “equality voters” to begin organizing for the 2018 elections earlier than ever before.

For more information and resources on NCOD, visit HRC’s Coming Out Center and follow the hashtag #NationalComingOutDay.


Filed under: Allies, Bisexual, Coming Out, Communities of Color, Transgender