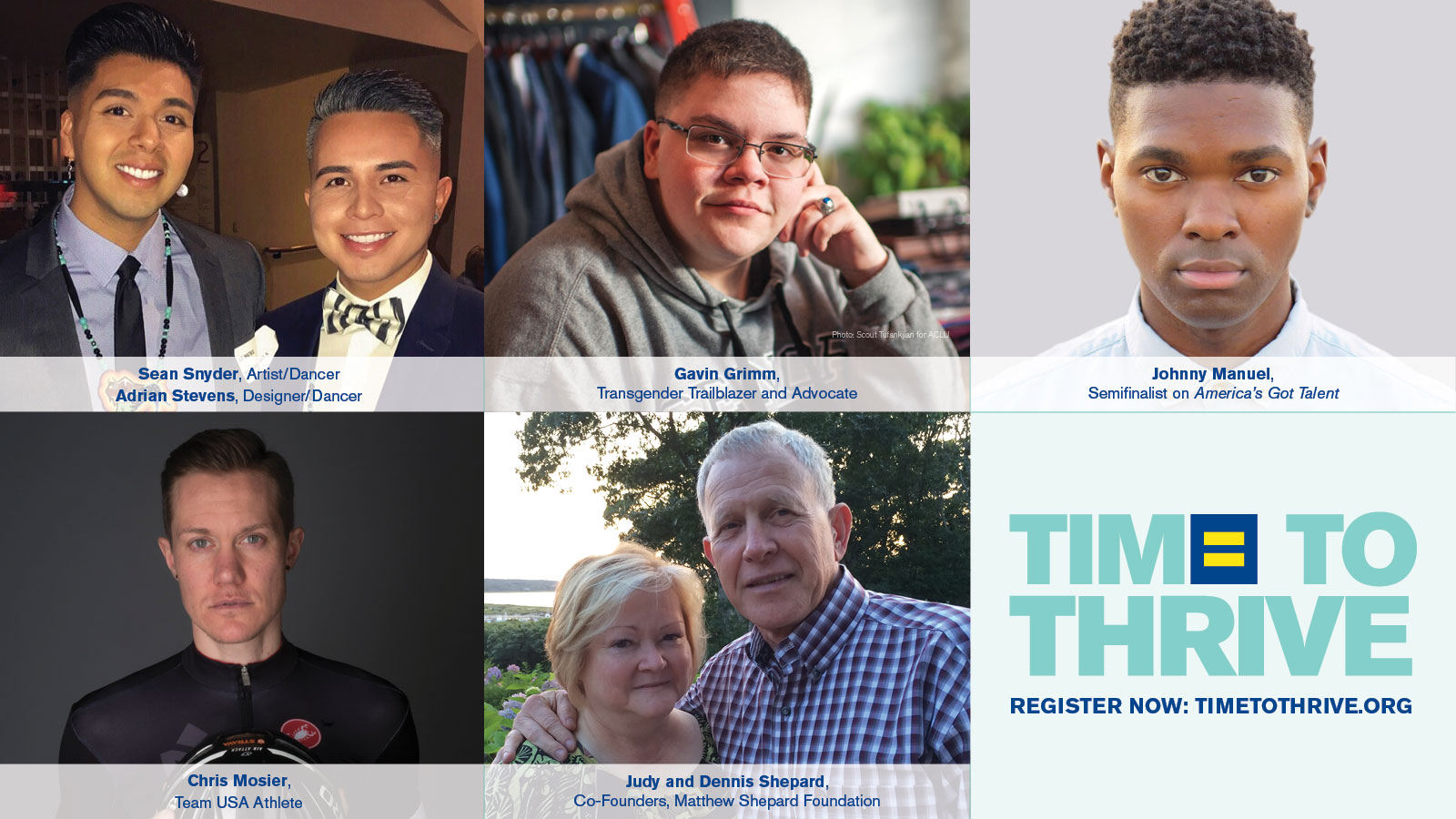 Today, HRC announced LGBTQ advocates and allies who will be special guests and speakers at the organization’s annual Time to THRIVE Conference on February 16-18 at the Hilton Orlando Bonnet Creek in Orlando. They include trans athlete Chris Mosier; Native American dancers Adrian Stevens and Sean Snyder; advocates Judy and Dennis Shepard of the Matthew Shepard Foundation; and performer Johnny Manuel. They will join Gavin Grimm, the transgender trailblazer who is being honored at the conference with HRC’s Upstander Award.

The conference is co-presented by the National Education Association and the American Counseling Association. Toyota, BBVA Compass and AT&T are presenting sponsors of the event.

“Spanning arenas and cultural backgrounds across the U.S. and beyond, these special Time to THRIVE guests are doing the vital work to ensure that LGBTQ young people are able to live, learn and thrive in environments that respect every aspect of their identity,” said Vincent Pompei, Director of HRC's Youth Well-Being Project and Time to THRIVE Conference chair. “At a time when too many people have been emboldened to bully marginalized and vulnerable people, it’s never been more important to have professionals fighting for the equal treatment of LGBTQ youth in schools and their communities.”

HRC previously announced that it will honor transgender advocate Gavin Grimm with an Upstander Award during the Time to THRIVE Conference. Grimm made history after suing his school district over its discriminatory policy that barred him from using the boy’s restroom, alleging that the district violated Title IX of the Education Amendments of 1972. HRC’s Parents for Transgender Equality Council, HRC’s Youth Ambassadors and HRC’s Welcoming Schools Program will also be featured at the conference.

The event brings together a wide range of youth-serving professionals to discuss best practices for working with and caring for LGBTQ youth and their families in schools, community centers, health care settings and beyond. To register, visit www.TimeToThrive.org.