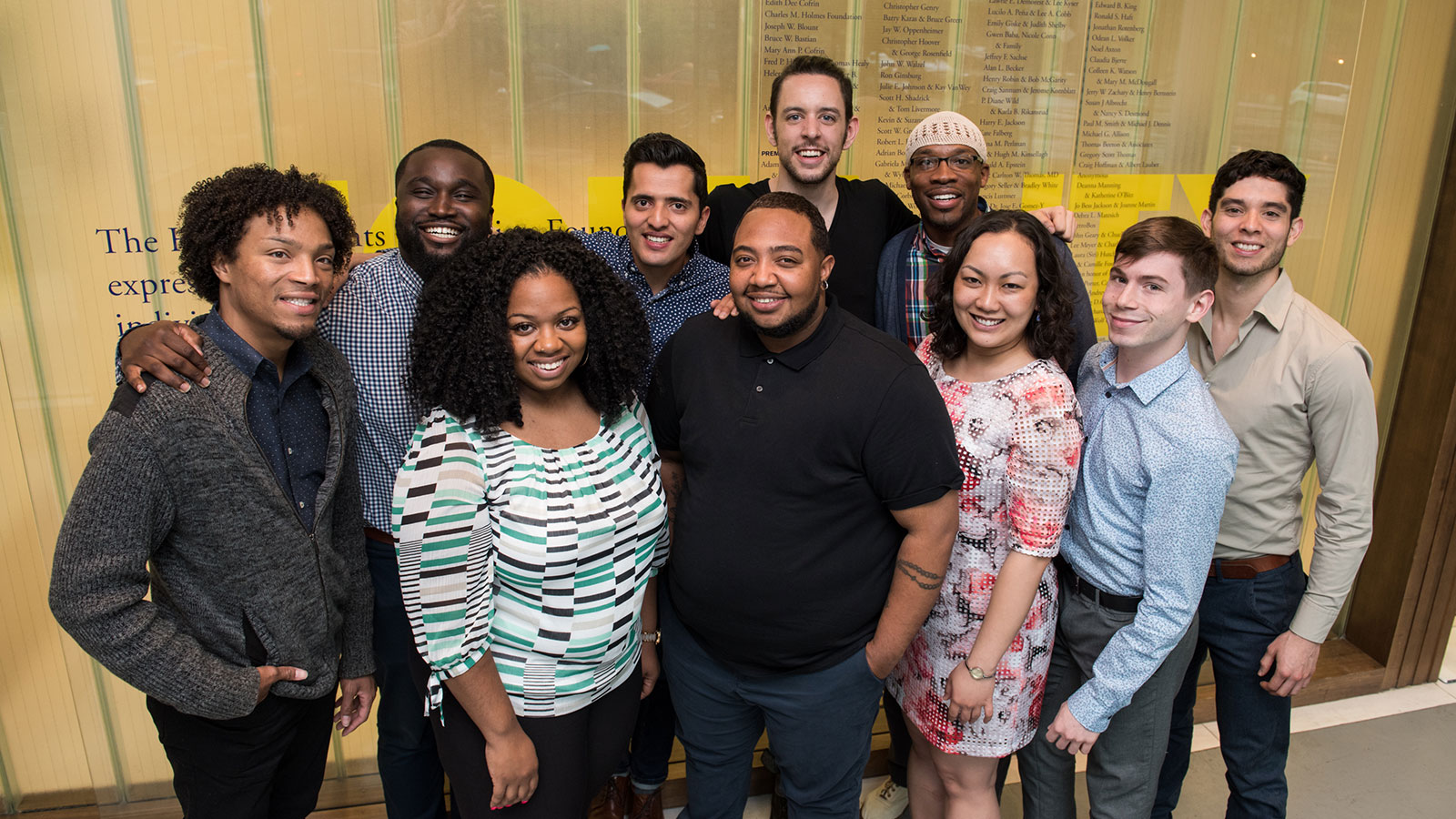 Today, HRC Foundation announced the selection of 10 outstanding, young leaders for the second year of its fellowship program focused on elevating the work of young people on the front lines of the HIV and AIDS epidemic.

The HRC Foundation's HIV 360° Fellowship Program, made possible with the generous support of the Elton John AIDS Foundation (EJAF), provides individualized training and support to innovative young professionals and nonprofit leaders as they tackle the challenges facing communities hit hardest by HIV, including Black and Latino gay and bisexual men, transgender women of color, and LGBTQ people living in the U.S. South.

“We are honored to welcome ten talented young leaders to the second class of HRC’s HIV 360° Fellowship Program,” said Mary Beth Maxwell, HRC Senior Vice President for Programs, Research and Training. “Through their dedication, creativity, and hard work, these activists are changing lives, expanding opportunity, and combatting the stigma and discrimination facing so many people living with and affected by HIV in the U.S. We look forward to working with them over the coming year and into the future as they continue to speak out, act up, and bring an end the HIV and AIDS epidemic once and for all.”

“The Elton John AIDS Foundation is proud to support HRC’s second class of HIV 360° Fellows,” said Scott Campbell, EJAF Executive Director. “This impressive, diverse group of leaders has a vast amount of professional and real world experience and represents viewpoints from across the country. The future of LGBTQ rights and HIV activism is brighter because of their commitment and dedication.”

The new class reflects a diverse cross-section of the activists and advocates working tirelessly to combat both the stigma and spread of HIV across the country:

The new class of fellows will receive leadership and organizational development training, mentorship, as well as coaching in communications, leadership, fundraising, and other aspects of successful nonprofit management – all focused on strengthening their own community-based organizations and initiatives.

Members of last year’s inaugural fellowship class developed their non-profit management and leadership skills, and received a grant of up to $9,000 to design, implement, and evaluate innovative approaches to addressing the HIV and AIDS epidemic in their local communities. You can read more about their projects here. To date, the 2016 cohort’s efforts have helped more than 1000 LGBTQ people and allies access HIV-related programs and services in some of the nation’s hardest hit communities.

Since its founding, HRC has worked to end the dual epidemics of HIV and HIV-related stigma through federal, state and local advocacy as well as public education and outreach. By educating LGBTQ people and allies about the current realities of HIV, HRC has been able to mobilize its members and supporters to take action to support critical public health programs like the Ryan White Care Program, and to expand access to vital health care, treatment, and nondiscrimination protections made possible by the Affordable Care Act.

HRC has also worked with various public health organizations to raise awareness of and increase access to Pre-Exposure Prophylaxis (PrEP) in communities across the nation hardest hit by HIV. HRC also regularly trains healthcare providers, front line workers, and community advocates on how to best provide LGBTQ-competent, HIV-inclusive care to the people most in need, especially those living throughout the Deep South.

For more information about the program, please visit: www.hrc.org/hiv360.