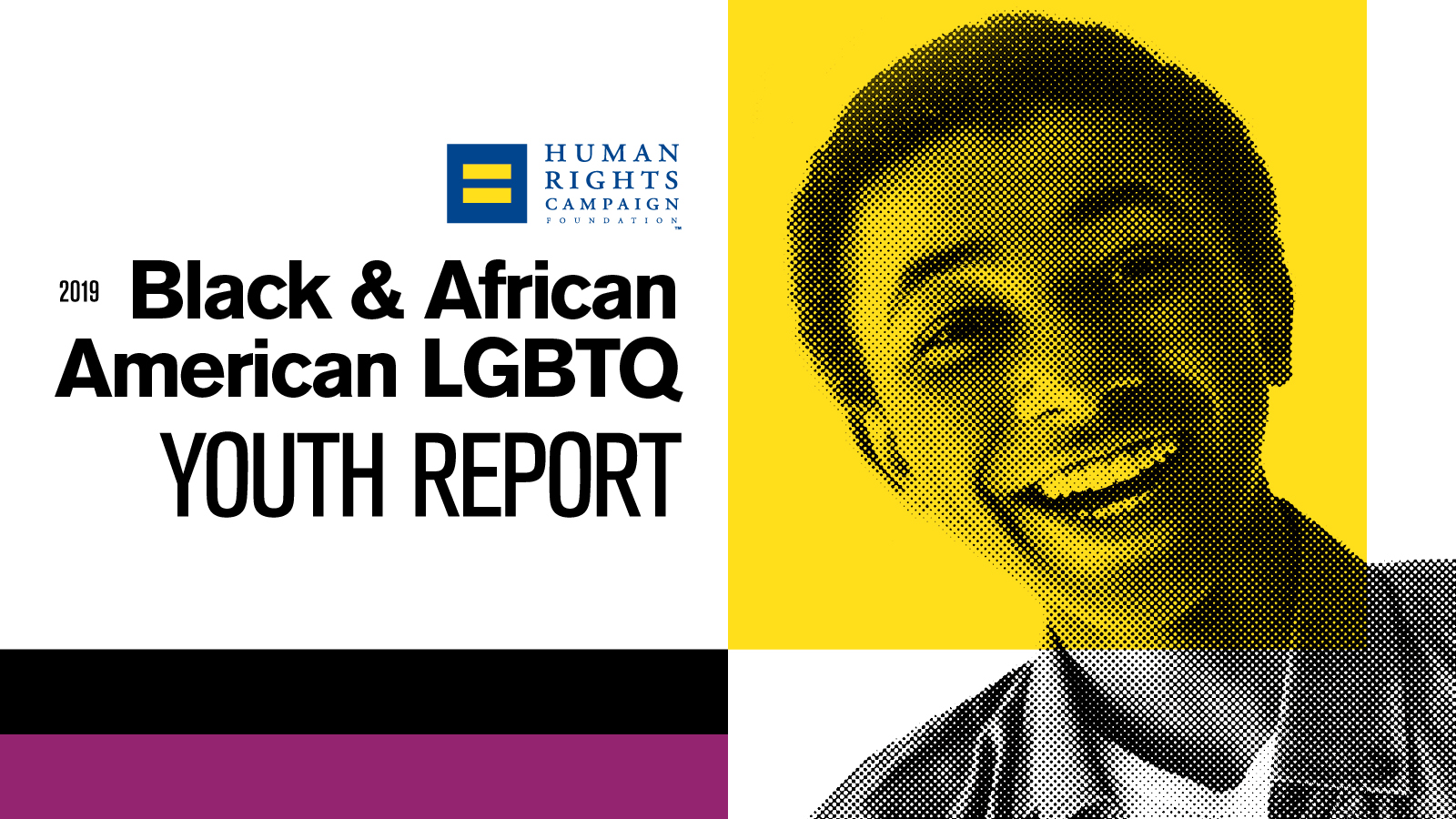 Today, HRC Foundation, in partnership with the University of Connecticut, released the Black & African American LGBTQ Youth Report, a groundbreaking resource detailing the experiences of Black and African American LGBTQ youth. The report analyzes responses from nearly 1,700 young people, ranging in age from 13 to 17, who participated in HRC’s online 2017 LGBTQ Teen Survey.

The survey release comes as the HRC Foundation’s sixth annual Time to THRIVE conference opens in Anaheim, California, where hundreds of youth-serving professionals -- including teachers, counselors and coaches -- are gathering to discuss best practices for working with and caring for LGBTQ youth and their families in schools, community centers, health care settings and beyond. At the conference, the report will be presented by HRC President Chad Griffin on Friday, February 15 and it will be the topic of a panel featuring Black and African American HRC Foundation youth ambassadors on Saturday, February 16.

“We must confront the very real and present discrimination and institutional obstacles that prevent too many Black and African American LGBTQ young people from fully thriving and living as who they are,” said Ellen Kahn, HRC Foundation Director of the Children, Youth & Families Program. “Messages that reinforce stigma and shame, racist rhetoric from elected officials, and inequitable systems of care complicate the ability of Black and African American LGBTQ youth to fully express and explore their intersecting racial and LGBTQ identities.”

Said Leslie Hall, Director of the Historically Black Colleges and Universities Program: “In light of this, and in the face of consistent attacks on LGBTQ youth, HRC is committed to ensuring this data is in the hands of teachers, school counselors, coaches, doctors and other youth-serving professionals across the country, including through the HRC Foundation’s HBCU Program, founded to support LGBTQ students at HBCUs by providing resources and trainings to advance affirming and supportive college campuses.”

While these persistent challenges remain, there is hope for progress -- especially given the growing rates of acceptance of LGBTQ people overall in the Black and African American community. A 2017 Pew Research Center study, for example, found support of marriage equality among Black and African American communities has grown dramatically since 2001.

The voices of Black and African American LGBTQ youth are powerfully represented in this report:

“My mom supports gay people, but she doesn’t want a gay daughter.”

“Being in a predominantly white school set in its ways, talking about being LGBTQ (something that is not necessarily praised) is very awkward and uncomfortable.”

The U.S. lacks reliable data about LGBTQ people, especially about the experiences of LGBTQ youth. Supportive parents, school administrators, teachers, counselors and other youth-serving professionals play an essential role in the lives of Black and African American LGBTQ youth. These findings will inform a variety of HRC Foundation programs for youth and youth-serving professionals, including the HRC Foundation’s HBCU Program, Welcoming Schools and All Children-All Families programs; and the Time to THRIVE conference. The full results of the survey can be found here. The Coca-Cola Foundation was a generous supporter of this critical resource.

Time To THRIVE is co-presented this year by the National Education Association and the American Counseling Association. BBVA Compass, AT&T and Toyota are presenting sponsors of the event.