Despite Onslaught of Anti-LGBTQ Bills, Equality Moving Forward in States Across the Nation 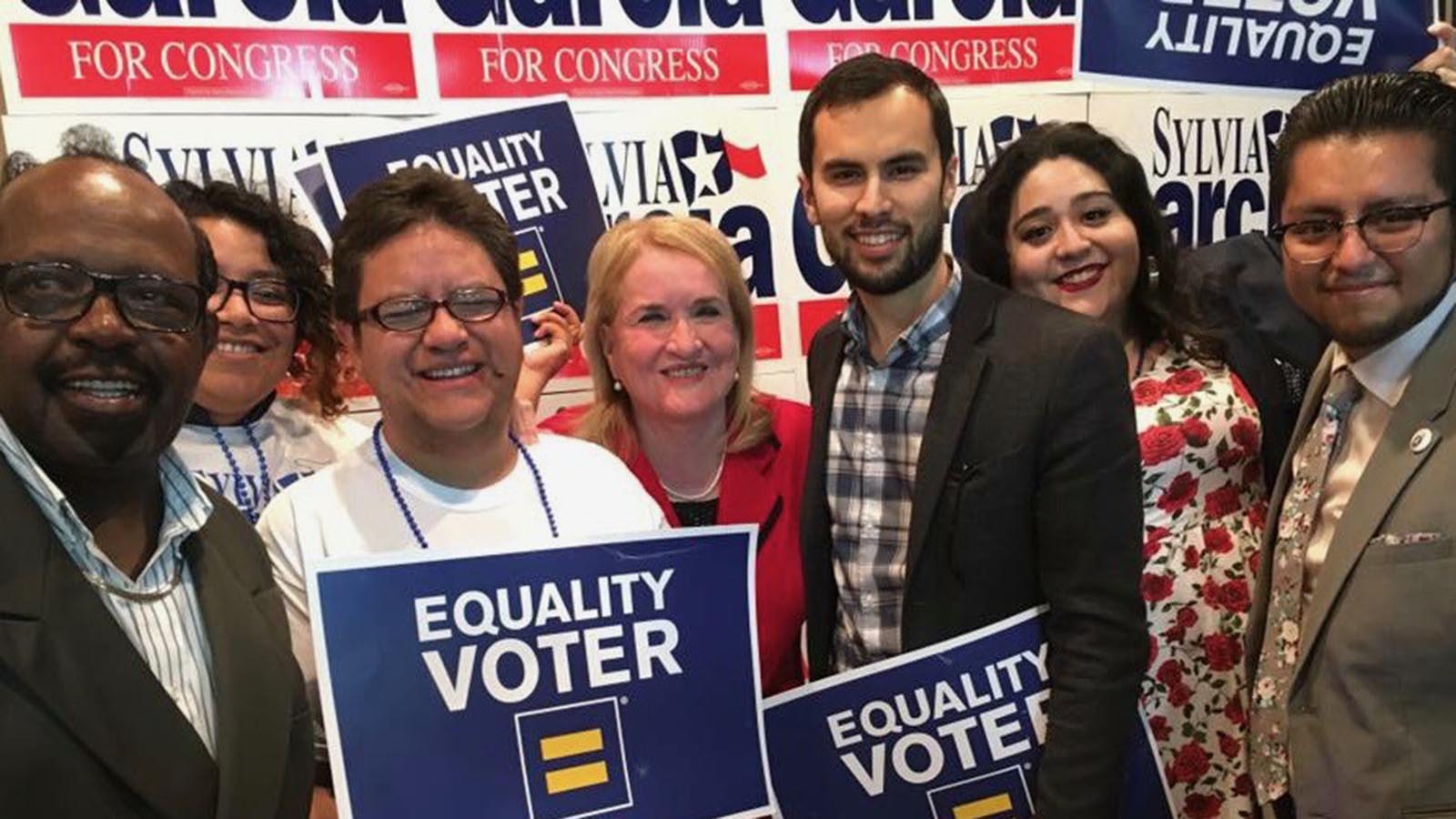 As legislative sessions get underway in state capitols across the country, HRC is tracking more than 110 anti-LGBTQ bills and more than 159 pro-equality bills introduced in state legislatures.

But we aren’t just on the defense, we’re also working to pass pro-equality bills across the country. With more than 159 pro-LGBTQ bills filed, we are working hard with our local partners to make sure we are gaining ground in our fight for LGBTQ equality.

On Wednesday, Feb. 28, Equality Voters from across Alabama descended on the Alabama State House for HRC and Equality Alabama’s annual Equality Lobby Day. Advocates from as far as Florence, Anniston and Mobile gathered in Montgomery to ask their Alabama House and Senate members to support LGBTQ-inclusive nondiscrimination protections in housing, employment and public accommodations, and to tell their elected officials what being an Equality Voter means to them. As we reach the final stretch of the 2018 Alabama legislative session, HRC and our equality coalition partners are amplifying the message to legislators that Equality Voters (LGBTQ voters and our allies) are fired up and ready to vote in 2018. With more than 200,000 Equality Voters across the state, we know that our members and supporters can be powerful voices in calling on our political leaders of both parties to make Alabama an inclusive and welcoming place for all.

.@HRC Alabama spent the day at the Alabama State House, lobbying for pro-#LGBTQ legislation and sharing our stories with local politicians. pic.twitter.com/QGJqaEOWVp

This past Thursday, HRC joined Georgia Equality, ACLU, Lambda Legal, Anti Defamation League, Atlanta Gay & Lesbian Chamber of Commerce, as well as adoptive parents and supporters to lobby Georgia’s House of Representatives and rally in opposition to SB 375. SB 375 would enshrine discrimination into law by granting state contractors that provide child welfare services a license to discriminate with impunity in the provision of those services against qualified same-sex couples who want to adopt or foster children. SB 375 is now being considered in the House Judiciary Committee. Nearly 150 supporters, including actor Daniel Newman of “The Walking Dead,” were present at the Georgia State Capitol, calling upon legislators to not advance this dangerous legislation. There are eight legislative days remaining until the Georgia legislative session adjourns on March 29. Georgia Unites Against Discrimination, a project of the Human Rights Campaign and Georgia Equality, will continue efforts to mobilize supporters to defeat SB 375.

.@HRC is proud to be in Atlanta today to rally and speak out against the anti-#LGBTQ bill SB 375. #StopSB375 pic.twitter.com/lngnsubFLK

The Hawaii State Senate passed SB 270, a bill to protect LGBTQ youth from the dangerous and debunked practice of so-called “conversion therapy.” The bill now moves to the House of Representatives.

Both chambers of the Maryland legislature continue to consider legislation to protect youth from the dangerous practice of conversion therapy. Last week, HRC legislative counsel Xavier Persad joined mental health experts, legislative sponsors and advocates from Free State Justice, the ACLU of Maryland and numerous medical and mental health organizations to testify in support of HB 902, a vital measure that would protect LGBTQ youth from the harmful and discredited practice of so-called "conversion therapy." On Wednesday, Xavier again joined advocates to voice support of the senate companion bill, SB 1028, before the Education, Health and Environmental Affairs Committee.

LGBTQ people and allies in New Hampshire are celebrating after a week of wins in the Granite State. Not only were two dangerous anti-LGBTQ bills defeated, but an important bill was passed in the House that would would add protections for gender identity into law. In a bipartisan vote, New Hampshire’s House of Representatives passed HB 1319, legislation prohibiting discrimination based on gender identity in employment, housing and public accommodation. New Hampshire law has explicitly prohibited discrimination on the basis of sexual orientation in employment, housing and public accommodations since 1998. The bill now moves to the Senate. HRC and the Freedom New Hampshire campaign continue to mobilize supporters of equality to contact lawmakers and press for passage.

The Oklahoma Senate is expected to consider SB 1140, a bill creating a license to discriminate in the provision of child welfare services. SB 1140 passed the Senate Health and Human Services Committee, and it is expected to be on the Senate floor this week. HRC staff will be on the ground with Freedom Oklahoma for its annual LGBTQ Lobby Day to lobby against SB 1140 and other anti-LGBTQ bills targeting Oklahomans.

HRC is watching several bills concerning LGBTQ people in Tennessee including SB 1943, HB 2620 and HB 54. Next week, HRC and Tennessee Equality Project will be monitoring SB 1943, a hate crimes bill that is scheduled for a hearing in the Senate Judiciary on March 13. The next day, HB 2620 will have subcommittee hearings in the the House Civil Justice and State Government, respectively. HB 2620 is an anti-transgender bill that would force the State Attorney General to defend school anti-transgender policies. HB 54 is a business license to discriminate bill that HRC continues to monitor closely.

Congratulations to openly #LGBTQ Julie Johnson (@juliejohnsonTX) on your incredible win in #Texas, sweeping the primary with 76 percent of the vote! #internationalWomensDay https://t.co/EqqdrJ4pvM

Overall in Texas, it was a good night for moderate Republicans in the state House of Representatives, despite many challengers funded by extremists pushing an agenda that opposes equality, reproductive rights and public education. Last session, only two Republican House members voted against anti-LGBTQ legislation, and they were both challenged from the far-right. Rep. Sarah Davis, who voted against every anti-LGBTQ bill on the House floor, defeated her far-right challenger, despite Gov. Abbott’s actions on behalf of her opponent. Rep. Jason Villalba, who voted against last year’s discriminatory child welfare bill HB 3859, was defeated by his far-right challenger. In the other chamber, Republican primary voters continued to prefer candidates and incumbents who follow Lt. Governor Dan Patrick’s legislative priorities closely. Patrick’s endorsed candidates won all but one of the Senate republican primaries. HRC will continue to support our endorsed candidates and efforts across the state as we head toward the November election.

The Washington legislature passed SB 5722, which protects LGBTQ youth from the dangerous and debunked practice of so-called “conversion therapy.” Previously passed by both chambers, last Saturday the Washington State Senate concurred with amendments that had been added by the House of Representatives earlier in the week. The measure now heads to the governor’s desk and could be one of the first pro-equality bills to be enacted this year.