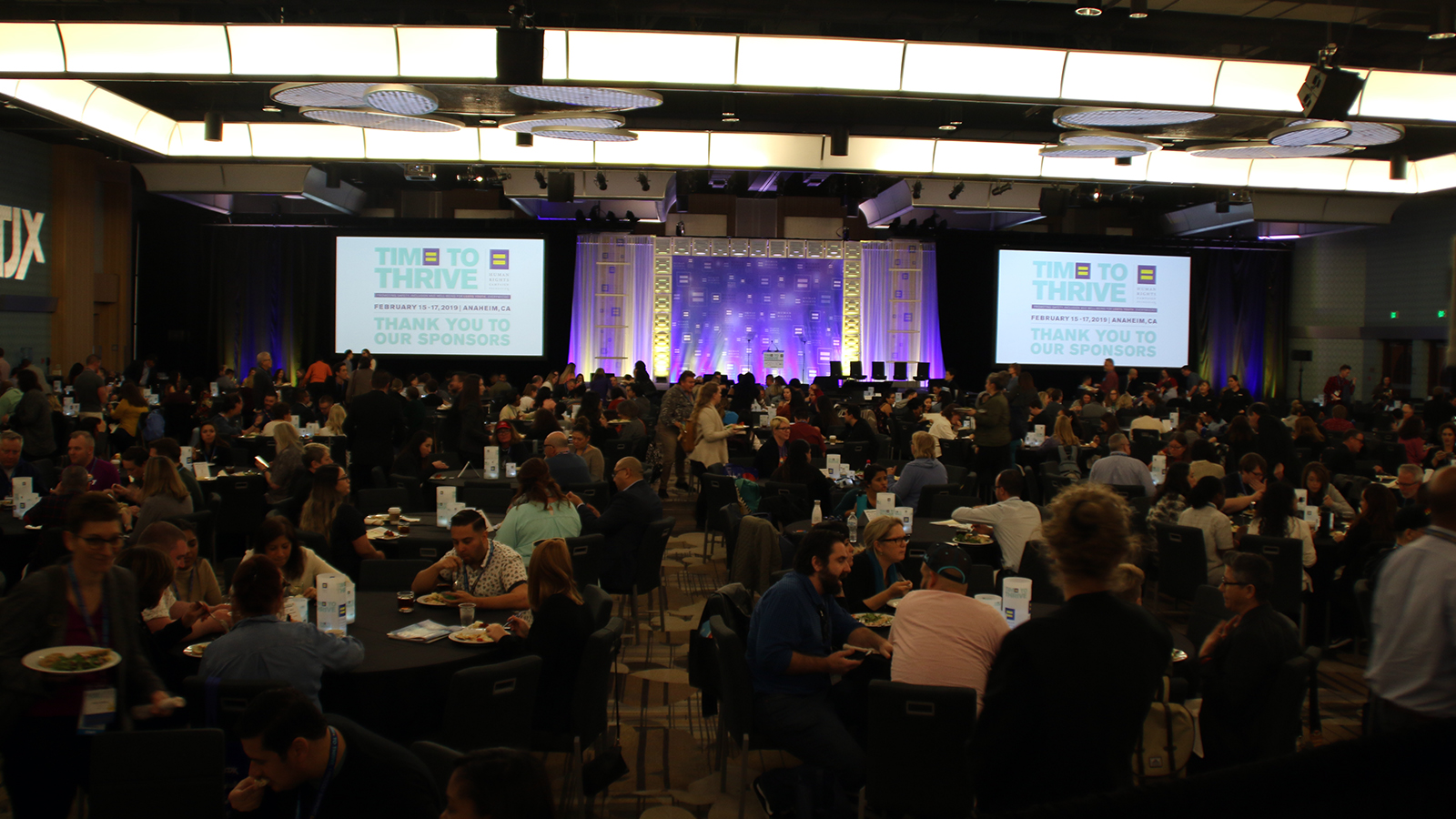 “This world is unkind to people who are different and that’s unfair .” - Jodie Patterson (@Jodie_GeorgiaNY), member of both the @HRC Parents for Transgender Equality Council and @HRC Foundation’s Board of Directors.
����⚪️���� pic.twitter.com/n8SWF0y2CE

Additionally, HRC Senior Vice President, Diversity, Equity & Inclusion Nicole Cozier facilitated a panel discussion with HRC Youth Ambassadors Justin Jones, MaKayla Humphrey, Ashton Mota and Zimar Batista. The group, made up of youth who identify as LGBTQ and Black or African-American, discussed the HRC’s Foundation’s new report on Black and African-American LGBTQ teens and discussed their own lives to shine light on how all youth-serving professionals can better serve LGBTQ youth of color.
Following an afternoon of workshops, the night concluded with a screening of the movie “Room to Grow” featuring director and producer Jon Garcia, producer Damian Pelliccione, and several cast members.

To learn more about the experiences of Black #LGBTQ youth, visit https://t.co/wI7HySJO64 pic.twitter.com/5UOya1wRJ8

Time to THRIVE is held in partnership with the American Counseling Association and the National Education Association, with AT&T, BBVA Compass and Toyota as presenting sponsors. In its sixth year, HRC Foundation’s premier national event addresses safety, inclusion and well-being for LGBTQ and questioning youth, and brings together youth-serving professionals to discuss best practices for working with and caring for LGBTQ youth and their families in schools, community centers, health care settings and beyond. The conference is taking place Feb. 15-17, 2019 at the Anaheim Marriott in Anaheim, California.