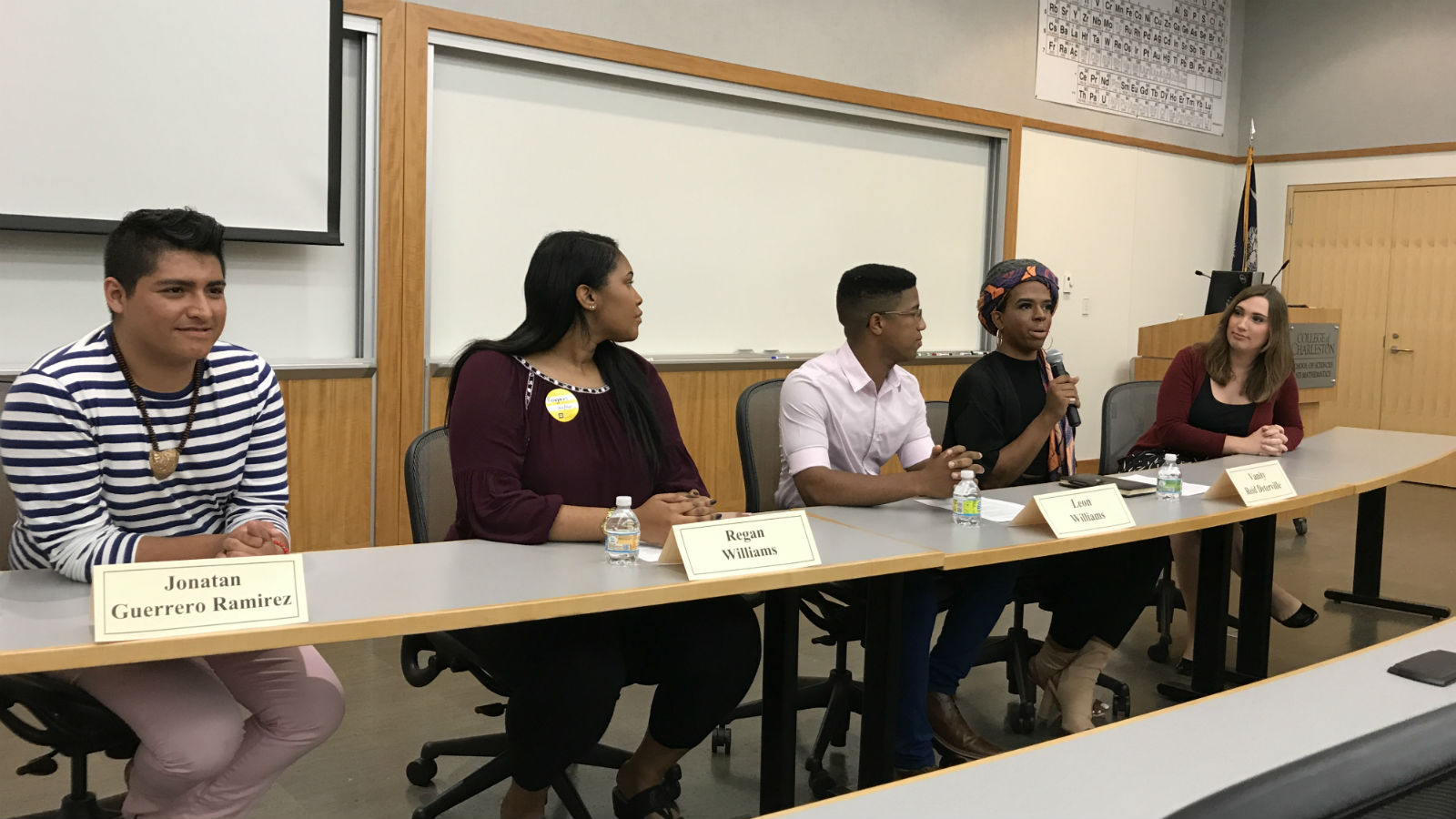 On Monday, 150 people filled an auditorium on the campus of College of Charleston in South Carolina for a special event featuring HRC National Press Secretary Sarah McBride. The event, hosted by Charleston Pride, was part of a week of events celebrating the LGBTQ community in the lowcountry of South Carolina. HRC was proud to sponsor this event and Charleston Pride week, now in its seventh year.

Joining McBride on stage were four local LGBTQ advocates who helped share their perspectives and experiences in the Palmetto State.

Vanity Reid Deterville is a 23-year-old political science student at the College of Charleston and a native of Charleston. In addition to volunteering with We Are Family, she is also highlighting her intersecting identities as a black person and a trans-woman in the form of a poetic play entitled "Sugar in the Grits," which will be showcased in this year’s annual MOJA Arts festival.

Jonatan Guerrero Ramirez was born in Celaya, Mexico and moved to the U.S. at the age of 5. Growing up in Georgia, Jonatan has a passion for LGBTQ rights and is one of the youngest Hispanic immigration activist in the lowcountry.

As a long time South Carolinian with more than 10 years of experience organizing in the state, last night’s event organized by Charleston Pride was extremely inspiring. What I heard last night was a genuine desire on the part of many to break down barriers, to meet at the intersections of identities and find more ways of working together to advance all LGBTQ issues. I’m proud that HRC could be a part of that discussion in South Carolina and hope it will inspire more work in the Palmetto state for years to come.

To learn more about HRC’s work in South Carolina and across the South, contact Ryan Wilson at .(JavaScript must be enabled to view this email address).