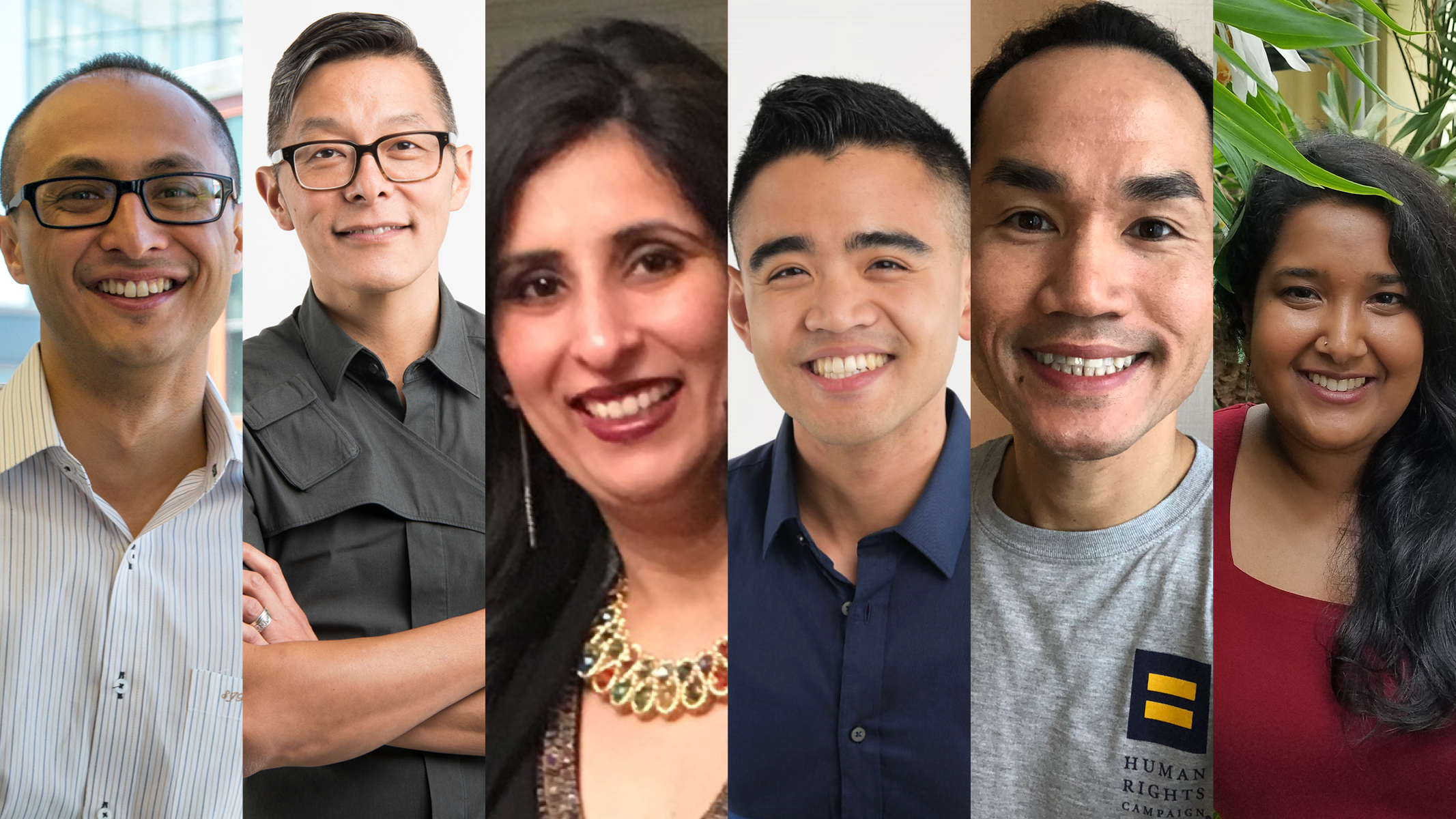 HRC is proud to honor Asian Pacific American Heritage Month and celebrate the many advocates and allies who have driven our movement forward at the intersections of LGBTQ experiences and Asian American and Pacific Islander (API) identities.

Asian Pacific American Heritage Month became a national weekly observance in 1979, scheduled to coincide with anniversaries of the completion of the transcontinental railroad -- built largely by Chinese immigrants -- and the arrival of the first Japanese immigrants to the U.S. In 1992 the observance became a permanently designated month to celebrate API communities.

Below, members of HRC’s staff share what it means to live and work at the intersections of API and LGBTQ identities:

“As a first generation, gay, Filipino-American, I find myself in a constant state of struggle - the struggle for acceptance from my family for being gay, the struggle for visibility within the wider LGBTQ community, and the struggle for equality as a person of color.  Throughout my life and career, I have found strength in the support that I’ve received from my colleagues, my friends, my mentors and my community.  During these dark and difficult times, I remind my API LGBTQ siblings that choosing to live authentically is the best form of activism you can do.  Never apologize for being yourself, and never lose faith in the power of your voice!”

“As a Taiwanese American, I am as proud of my cultural heritage as I am to be a part of the LGBTQ community. At the same time, I know full well how challenging and difficult it can be to feel invisible, marginalized or be told that your identity isn't valid or real. As an API person working in social justice, the intersectionality of these two parts of my identity makes our work at HRC all the more meaningful to me -- as they are a reminder that I must constantly do better to ensure that no one feels excluded or anything less than equal, and to serve those in our communities who need our help and support the most.”

Pronouns: She, Her, Hers

“As someone who grew up in Nepal, pursued higher education in the United States and worked on LGBTQ rights at the national level in Nepal, regional level for the U.N. in Bangkok, and now globally with HRC in Washington, D.C., I feel fortunate to be able to understand LGBTQ rights, issues and challenges from a variety of perspectives.  My South Asian background and pan-Asian work experience allows me to draw parallels and see nuanced differences between, for instance, hijra experiences in South Asia and transgender experiences here in North America. This greatly enriches and better informs the work I do as an LGBTQ activist and professional, and I am grateful for that.”

“It's a great privilege to stand shoulder-to-shoulder with advocates from all backgrounds in our diverse community to protect and advance the civil rights of LGBTQ people everywhere. We are stronger by bringing our unique experiences to the fight for full equality. My API identity is shaped by my experience as an immigrant to the U.S., the strong cultural traditions of my family, and the activist spirit I have cultivated in my personal and professional life.  I'm inspired each day by my colleagues and the amazing API activists I've met through HRC Global and its annual Global Innovative Advocacy Summit.”

“I’m fortunate to work at an organization that encourages staff to bring their authentic selves to work and celebrates our differences. As a Sri Lankan-American raised in Texas, I grew up learning how to balance my Sri Lankan heritage and cultural expectations with my American sensibilities and upbringing. I proudly own both identities and acknowledge that each have contributed to the way I go about trying to make a positive difference in the world. Working at HRC, I am part of a community that celebrates my intersectional perspective as a woman of color and an immigrant and empowers me to use my voice as a change agent in the fight for equality. LGBTQ Asian Americans face many unique challenges, including our lack of visibility in American society and balancing our cultural and familial expectations with our individual identities. I am inspired by the many API advocates, activists, and allies that use their voice to challenge stigmas, support other LGBTQ Asian Americans, and push the fight for equality forward.”

Pronouns: She, Her, Hers