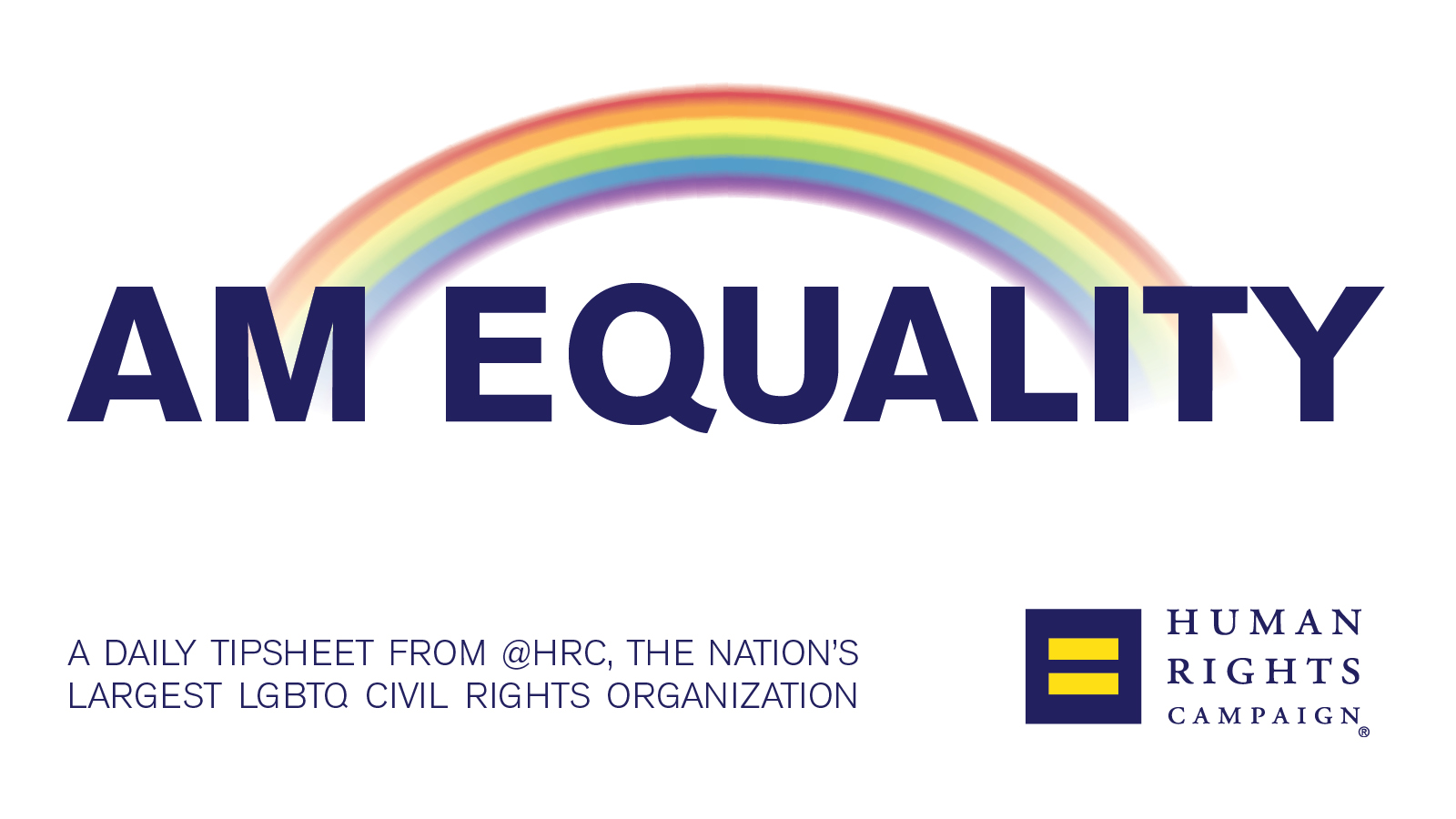 MORE THAN 150 LGBTQ COMMUNITY CENTERS ACROSS THE COUNTRY URGE CONGRESS TO PASS THE EQUALITY ACT: In a letter to House Speaker Nancy Pelosi, CenterLink, an organization that works to support strong, sustainable LGBTQ community centers, wrote: “For decades, community centers have been working with and for the LGBTQ community to fight discrimination. With passage of the Equality Act, community centers will finally have federal protections in place to assist them as they advocate for their constituents and work toward lived equality.” Read the full letter here.

DESPITE PUSH FOR ANTI-LGBTQ LEGISLATION, PRO-EQUALITY BILLS GET HISTORIC HEARINGS IN TEXAS HOUSE: “Having a hearing is sometimes a victory,” said state Rep. Celia Israel, D-Austin (@CeliaIsrael), whose conversion therapy ban was debated for the first time this year, reports Emma Platoff (@emmaplatoff) of The Texas Tribune. One of the pro-equality bills would extend statewide non-discrimination protections to LGBTQ people. Notably, this legislative session, anti-LGBTQ legislators are attempting to gut Texas cities’ employment non-discrimination ordinances, which extend the only fully-inclusive protections for LGBTQ Texans. Read more at The Texas Tribune.

NEW YORK MAY BECOME FOURTH STATE TO BAN “PANIC DEFENSE” AGAINST LGBTQ PEOPLE: “It is long past time that every state ban perpetrators of violent crimes from asserting a victim’s LGBTQ identity as a potential defense for their violent actions,” said Xavier Persad, HRC senior legislative counsel. Read more from Susan Miller (@susmiller) at USA Today.

COVERAGE CONTINUES ON REPORTS THAT THE SULTAN OF BRUNEI HAS DECLARED A MORATORIUM ON THE DEATH PENALTY: While this is an important step, the Sultan must repeal this draconian law in its entirety and uphold all Brunei’s commitments under international law. Read more from the Washington Blade, Metro Weekly, Gay Times and CNN.

LGBTQ MARCHES IN CUBA HAVE BEEN CANCELLED: They were set to take place in Havana and Camagüey to mark the International Day Against Homophobia, Transphobia and Biphobia. Read more from the Washington Blade.

WBUR reports on a mom who attends same-sex weddings as a stand-in mother to support LGBTQ couples; The Daily Beast reviews the Metropolitan Museum of Art’s new exhibit, “Camp: Notes on Fashion”; HRC celebrates the addition of trans-inclusive terms to the official SCRABBLE™ dictionary